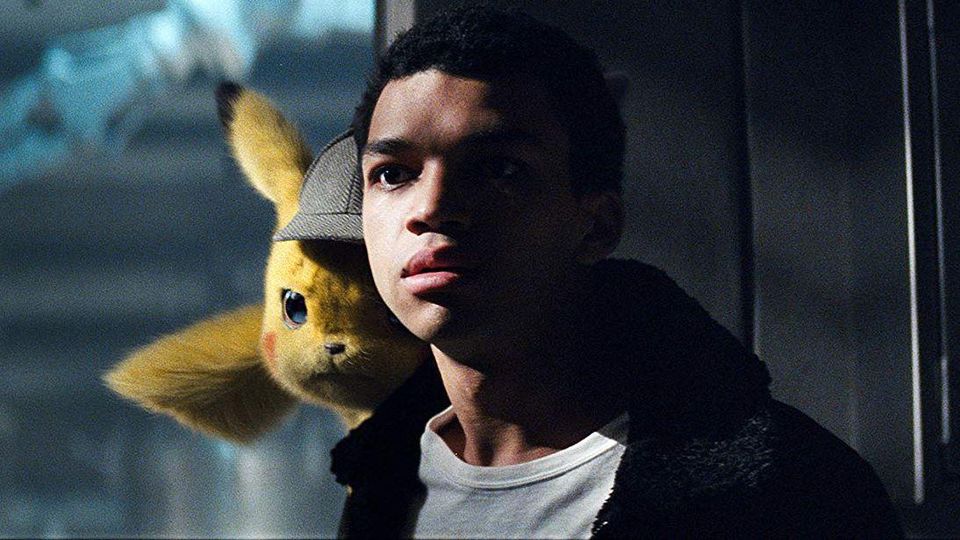 Were you into the recent Pokemon craze? Me neither. For the uninitiated (that includes me), Pokemon are fictional creatures, each with special characteristics. For example, Pikachu uses his tail to generate an electrical current. Pokemon trainers, i.e. humans, would train various Pokemon to do battle against each other. But in Ryme city, Pokemon and human co-exist, more like human and pet. So into this colorful and unique world, TMJ ventures, with some trepidation. To my amazement and amusement, the Pokemon world is fun! And if you like Ryan Reynolds rapid-fire, no-filter form of comedy (think Deadpool without the raunch), you will really enjoy Pokemon Detective Pikachu. I give the movie 4 Gavels and it receives a 66% Rotten Tomatoes rating with no Audience score as of this writing. Let me say that my showing included a full house with lots of kids and lots of giggling, not just by the kids.

Tim is advised that his detective father is killed in an automobile crash. When he proceeds to collect his father’s belongings, Tim finds Detective Pikachu, his father’s “partner.” Pikachu convinces Tim that his father may still be alive. Together with a reporter, Lucy, they discover someone is trying to harness and/or expand the powers of the Pokemon. Mewtwo, the most powerful of the Pokemon, has escaped. Was he responsible for the death of Tim’s father?

Ryan Reynolds is Pikachu, a lovable, mischievous, Pokemon if there ever was one. Justice Smith, last seen in Jurassic World: Fallen Kingdom, is impressive as Tim. His charm is a perfect match for Reynolds’ wit. Tim’s love interest is Lucy, acted by Kathryn Newton, seen in Lady Bird, Three Billboards Outside Ebbing, Missouri, and Little Women. I expect the two to be seen together again and again. Bill Nighy plays the billionaire behind Ryme City.

The ready-made audience insures this movie will make a profit and a sequel is already in the works. Made at a cost of $150 million, Pokemon Detective Pikachu projects to make at least that much worldwide this weekend. Several critics call this the best video-game movie ever. For those critics who say that the movie is just crass commercialism, what about Disney, Marvel and DC Comic movies? Is this just a movie for Pokemon addicts? As I said, I knew nothing about the franchise, and am not sure I now know a whole lot more, but I was entertained. This may be outside your comfort zone, but I recommend you give it a chance.