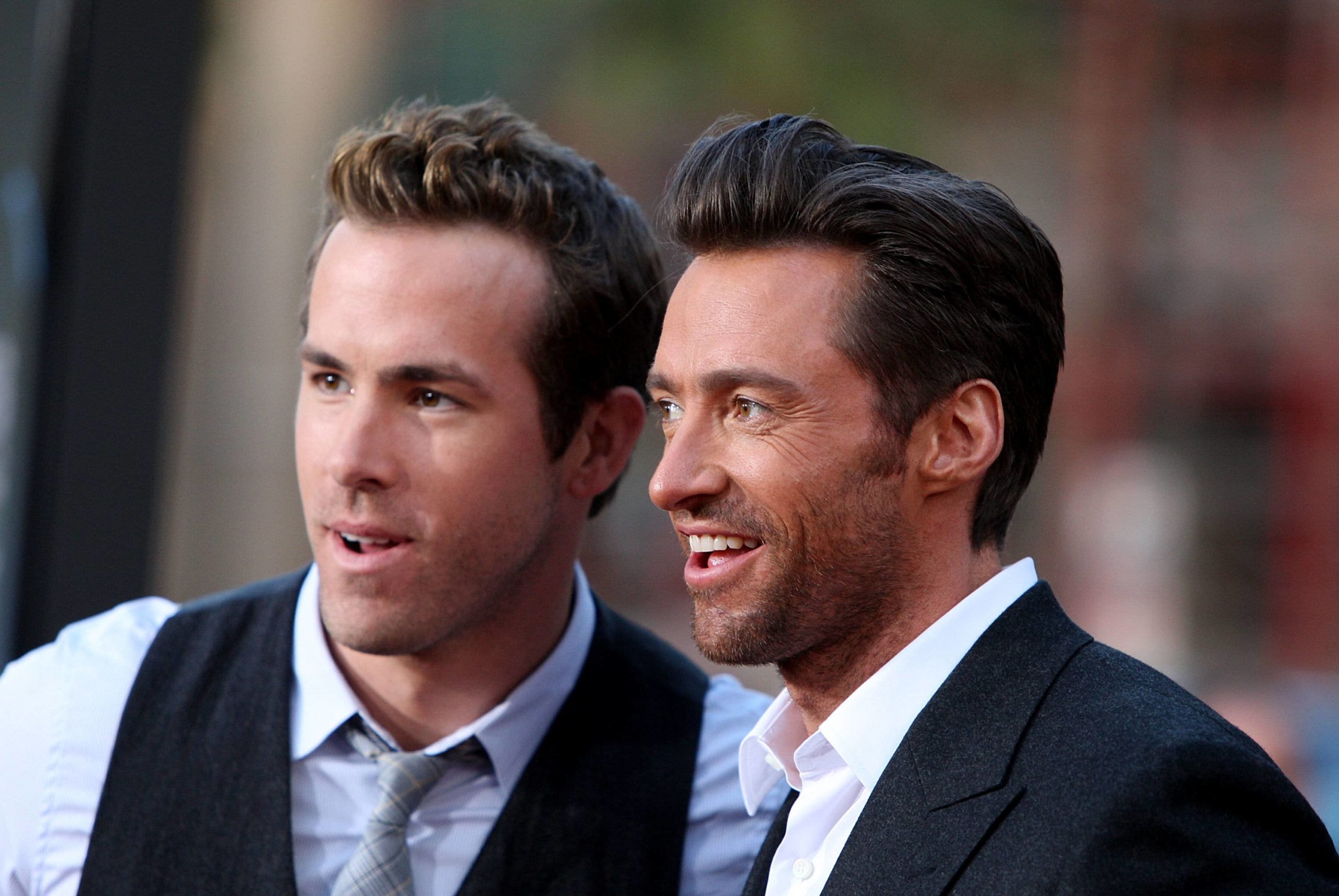 In view of the dearth of movie and TV news, and given that I watch so few commercials, I thought it might be fun to explore the feud between Hugh Jackman and Ryan Reynolds. Apparently, the two met in 2009 on the set of X-Men Origins: Wolverine. Reynolds made his first appearance as Deadpool, and it did not go well. Luckily, for Marvel, they did not give up on the character as the 2016 film made almost $800 million on a $60 million budget. In any case, Jackman and Reynolds became fast friends, able to poke fun at each other every chance they get.

For those who like the rich, dark aroma of java, Hugh Jackman created Laughing Man Coffee. His Laughing Man Foundation supports coffee farming communities through his Fair Trade-certified company. You can buy his K-cups from Keurig and elsewhere. Why wouldn’t Reynolds support such a noble cause and a fine cup of Joe?

Proving just as charitable, Reynolds raises funds for the Sick Kids Foundation, dedicated to pediatric research and care. After observing Jackman’s commercial, Reynolds made his own.

How does Sam’s Club fit in?

Buy both Aviation Gin and Laughing Man Coffee at Sam’s Club. Purchase either and Sam’s Club will contribute to its associated charity. To celebrate, a new Laughing Man ad taunts that Reynold’s mother supports Jackman in the competition to raise funds. Jackman proclaims “Stop enabling this man. He’s not your friend, he’s not my friend. I’m pretty sure he’s nobody’s friend. Isn’t that right, Ryan’s mom?” Reynolds’ mom responds, “That’s right, Hugh!” Hurt, Reynolds replies “How did you get my mom?” Since the release of the commercial, Reynolds tweeted “let my mom go.” The ransom might have been significantly less had Reynolds not posted “Hang in there, Deb!” on the Jackmans’ 24th anniversary. All in good fun.

Hope you enjoy the commercials! Until next week . . .