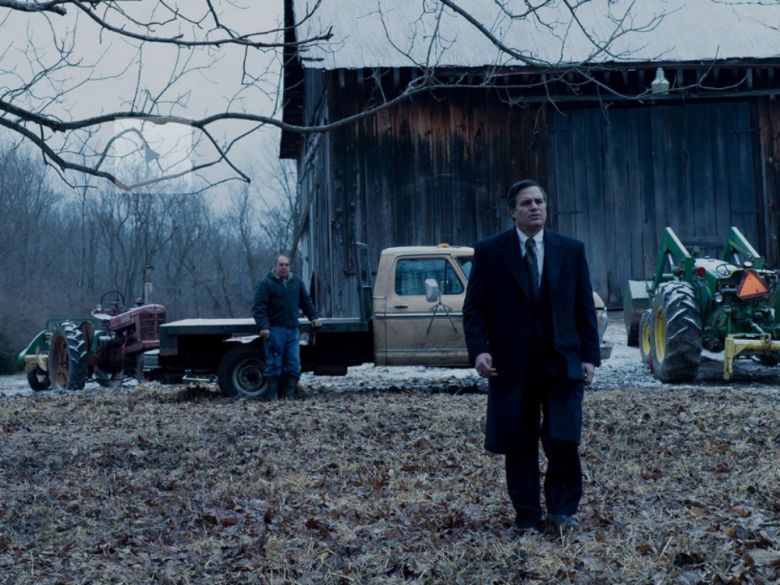 Following in the footsteps of Erin Brockovich and Spotlight, it is easy to predict that critics will love a story taking down the powerful. In this case, they couldn’t be more correct. Rare is a lawyer movie particularly interesting to me. Rarer still is a movie that portrays the legal system with some accuracy. Rarest is the movie that so riles the senses that you demand that someone go to prison. Dark Waters is such a film. Taking few liberties, Slate tells us that the flick is mostly accurate. Not as fun as Ford v Ferrari, this may be the best movie of the season thus far. I give Dark Waters 4.5 Gavels and it receives a 92% Rotten Tomatoes rating with a 96% Audience score.

The EPA begins regulating chemicals in 1976. Years before, DuPont dumps chemical residues used to make Teflon into the Parkersburg water supply. Their own chemists warn of the dangers but DuPont tells no one. No one complains until a farmer loses 190 cows. He must travel to Cincinnati to find his knight in . . a black suit.

Mark Ruffalo is that “knight” in a performance with little range because lawyer Robert Bilott was, apparently, an unassuming guy. Anne Hathaway, sometimes barely recognizable as his wife, expresses the emotions for both of them. Bill Camp should receive a Best Supporting Actor nomination for his part as the farmer who starts it all.

After seeing this movie, how many people will Google “is Teflon safe?” Who knew that discovery and depositions could be so riveting? My only complaint is that, consistent with its theme, Dark Waters is filmed in a grayish tone, especially noticeable after seeing bright colored Playmobil. The film opens in 1975, then jumps to 1998 and follows years of litigation. So, how does it hold your attention? Simply, it is one darn good story! As the critic for the San Francisco Chronicle says, “the brilliance of ‘Dark Waters‘ is that it is able to lay out the case against DuPont without getting too wonky.” The critic for the Arkansas Democrat-Gazette writes “the film’s relatively strict adherence to the facts, rather than Hollywood award-bait hokum, makes it something close to essential viewing.” I wholeheartedly agree.