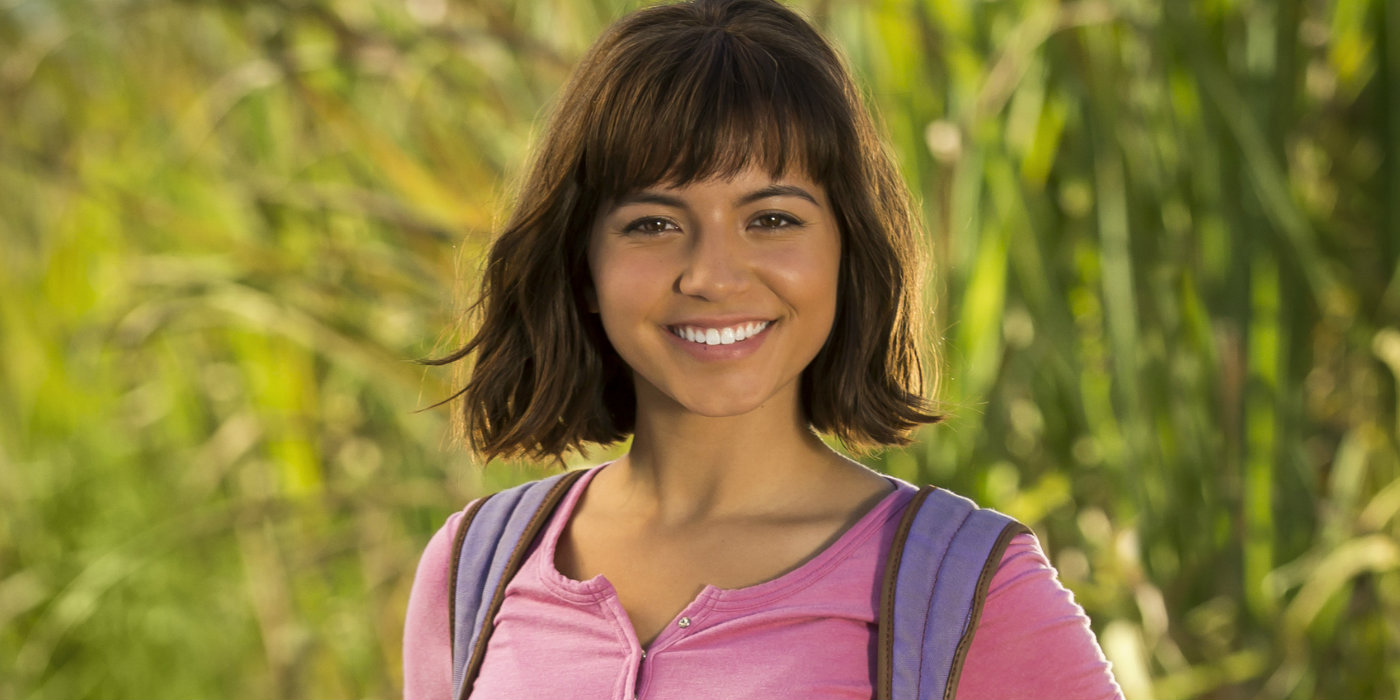 Dora and The Lost City of Gold is Raiders of the Lost Ark for kids. Dora is cute and sweet and quite smart. What else would one expect for a girl home-schooled in the jungle by two professors? Although Dora starts out as the 6 year old girl on your daughter’s back pack, the story quickly advances 10 years to her high school days. She learns that high school has as many species and dangers as her beloved rainforest. Boots and Swiper, and some animation, add to the fun. The adults are caricatures; in Hollywood, children must always be smarter and more creative than their parents. Still, this is a fun family movie for the younger set. Older teens will refuse to go, I imagine. I give Dora and The Lost City of Gold 3.4 gavels and it receives a 73% Rotten Tomatoes rating with no Audience score as yet.

Dora and slightly older cousin, Diego, are best friends in the jungle. Then, his parents move to L.A. Years later, Dora’s parents think they have found a lost Inca city, but deem the trip too dangerous for their daughter. Dora finds herself with Diego’s family, naive to the ways of American teens. Ostracized, a field trip places her with Diego, the class nerd, and another girl no one likes. All are kidnapped to South America in an attempt to force the hand of Dora’s parents. Inca gold awaits, if you can survive.

Isabela Moner is tasked with being child-like, but advancing to adulthood. Difficult to pull off, but her Dora is very good. Eugenio Derbez plays Alejandro, friend of her parents to the rescue? Michael Pena and Eva Longoria are Dora’s parents. Pena and Derbez could switch parts and no one would notice. Longoria adds nothing.

Since kids have likely not seen Raiders of the Lost Ark, they won’t notice how derivative Dora is. They will enjoy the animals of the forest. The movie presents a nice message that, with friends, you can do anything. Filmed primarily in Australia on a budget of $49 million, Dora and The Lost City of Gold is expected to make $15-20 million this weekend. Given school is about to start, the timing of the release of the film is curious. Nevertheless, Nickelodean does a nice job taking Dora to her teen years. But will anybody follow, and where do they go from here?