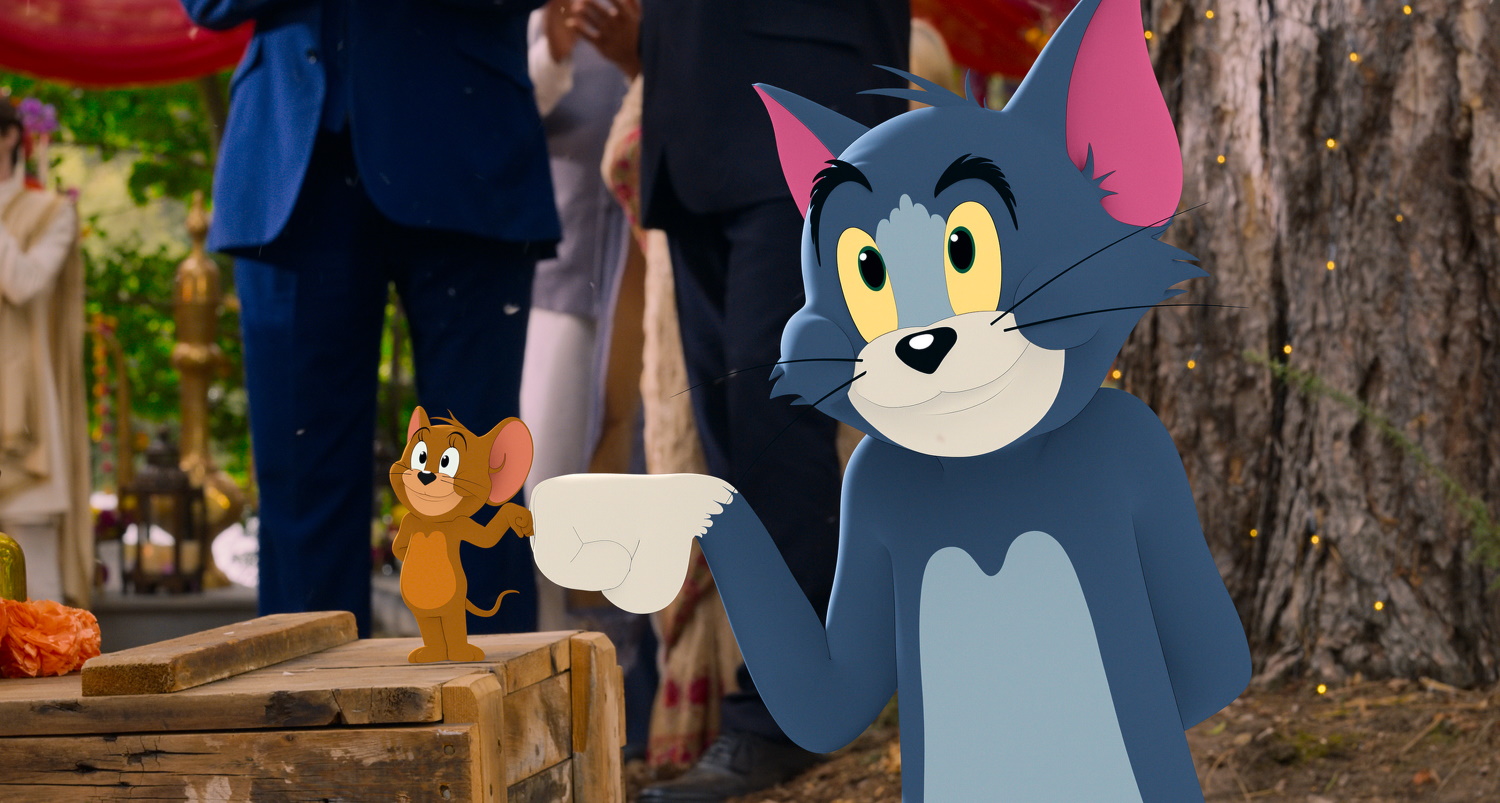 Nothing brings back memories like Tom and Jerry, at least for those of a certain age. Harsh is the only way to describe the 25% Rotten Tomatoes rating when their own Audience Score sits at 83%. Even the IMDb score of 5.4/10 is lower-than-expected, but youngsters are not likely voting. Certainly, a mouse infestation in a hotel is a familiar plot (The Witches), but how often do you get to see elephants at a wedding? And, our live actors did Tom and Jerry no favors. If Colin Jost (Ben the groom) doesn’t get a Golden Raspberry nomination for Worst Actor, someone is missing the boat. (I’m certain that Scarlett Johansson thinks he’s terrific.)

Colorful and musical, your youngsters will love Tom and Jerry. One scene in the Animal Control shelter might be a little too intense for the very young. Overall, it’s just the typical slapstick humor kids love. Will some object to the “fights” and proclaim Tom and Jerry encourages violence? Undoubtedly! Get a life! These are cartoon characters. Ultimately, they learn that they have to work together. Nothing like a wedding for folks to put their differences aside. Not a great film by any stretch of the imagination, but still a worthwhile HBO attempt. I give Tom and Jerry 3.5 Gavels and hope they try again. How about Wile E. Coyote and the Road Runner next?

Tom and Jerry arrive in New York City looking for a place to live. Down-on-her-luck Kayla Forrester can’t keep a job. Co-opting another’s identity, Kayla becomes a temporary assistant events manager at the posh Royal Gate Hotel for the wedding of the century. By chance, Jerry decides the Royal Gate would also make his perfect lodging. Unable to catch Jerry by mousetrap, Kayla hires Tom for his years of predatory instinct. Remember that I mentioned elephants? Will the hotel, and the wedding, survive?

Chloe Grace Moretz does a nice job interacting with the animated characters but doesn’t have the comedic chops to pull off the role of Kayla. As her boss, Terence, Michael Pena (Ant-Man and the Wasp, Dora and The Lost City of Gold), does. But he, Rob Delaney (owner), and Ken Jeong (chef) are just wasted talent.

“She came, she saw, she exterminated.” Except, no one gets rid of Jerry that easily. Better than an exterminator, but is Tom really eco-friendly? Still, the wedding is the “piece de resistance.” Stay around for the peacocks, the butterflies, the tiger, and the garden across the street, otherwise known as Central Park.

Pro — “Tim Story’s Tom and Jerry is an unexpected delight, a rollicking live-action, animated hybrid that delivers laugh-out-loud moments sprinkled throughout a likable story about a young woman who finds her footing because of a certain rodent/feline duo.” Reel Talk with Chuck and Pam

Con — “Dispiriting in its waste of the iconic cartoon characters in the title, a usually reliable director, and talented performers.” Movie Mom

In the end, Tom and Jerry is a near-miss, not as bad as critics portend, not as good as it might have been.