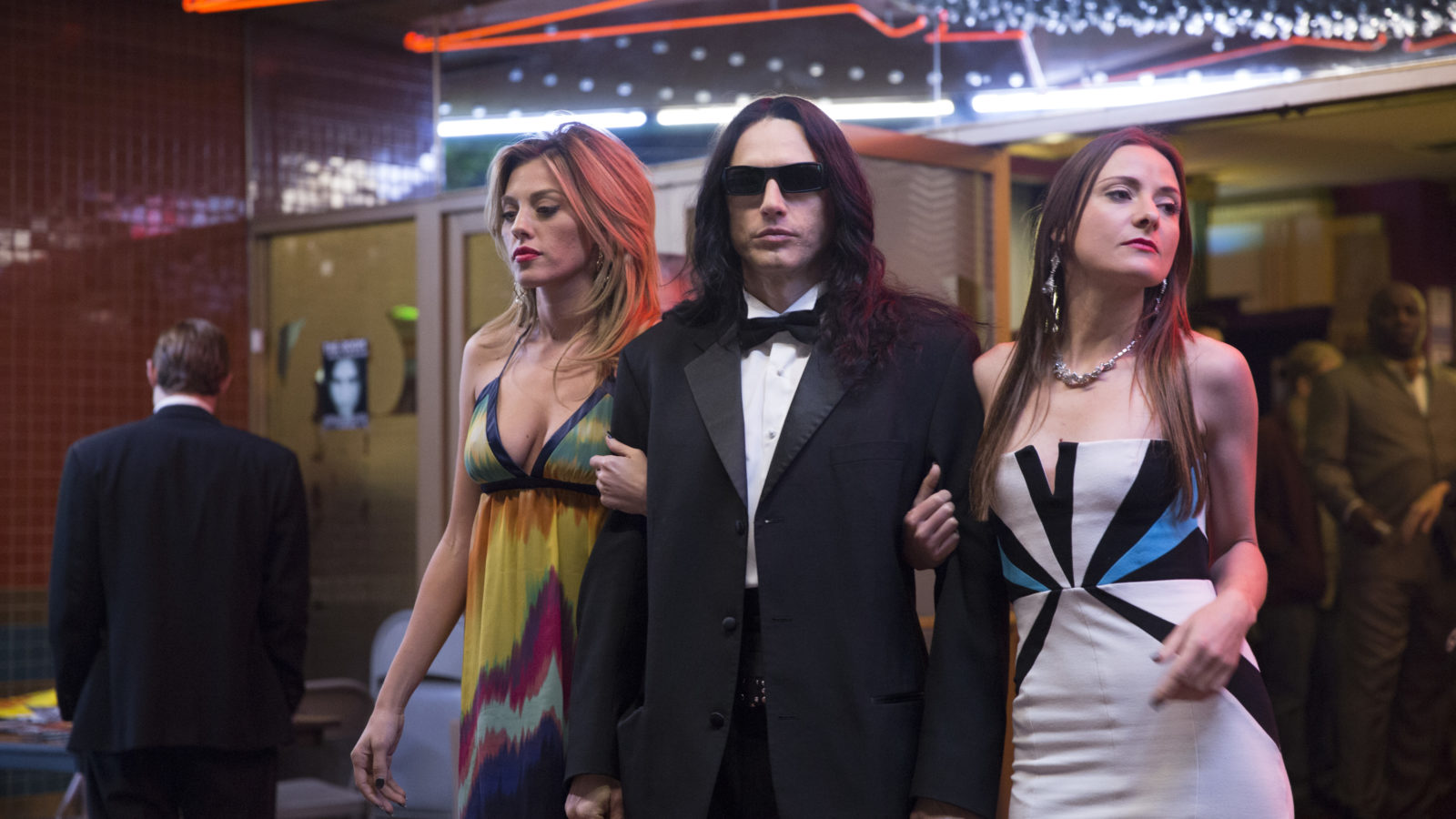 A reminder to all producers:  If you put the word “disaster” in the title, it makes it too easy for a critic to tell everyone what a disaster this movie is and forever will be.  The Disaster Artist is a true story based on the making of The Room, given the title of the worst movie ever made.  If so, this is the second worst movie ever made and a big fat waste of your hard earned dollars.  Better yet, don’t go even if you get a free ticket; it is a waste of 105 minutes of your life that you can never get back.

Tommy and Greg meet in 1998 in an acting class.  Both are terrible but decided to move to LA to become stars.  After three years of no acting jobs, Greg suggests they should make their own movie.  Despite no apparent earnings, Tommy has $6 million to finance the operation and proceeds to write his own script.  By 2002, the movie is ready for production and Tommy hires actors and crew.  No one sees Tommy’s vision and the project nearly falls apart.  Finally in 2003, the movie is ready for the big screen even though its plot is cryptic, at best. Who will show the movie and how will it be received?

James Franco is Tommy Wiseau, a man of uncertain age, of uncertain nationality, and of dubious earnings.  (History v Hollywood states he was born in 1955 in Poznan, Poland but even they can’t figure out where the money came from.)  His brother, Dave Franco, is Greg Sestero.  Since the credits show the movies side-by-side, both actors did a creditable job portraying the real men.  While “real” critics call the portrayals poignant and sensitive, it was more like watching a dog being kicked.  Seth Rogan plays Sandy, a script supervisor, and constantly references how terrible the movie is going and eventually gets fired.  Given that Rogan and James Franco are producers, one recognizes that this movie will be off-beat, but this was just sad and boring.  Other actors of note who were somehow suckered into this movie include Alison Brie, Josh Hutcherson, Zac Efron, Melanie Griffith and Sharon Stone.

This will be one of those movies that you either get, or you don’t.  I didn’t.  Every so often, critics like a movie that no one watches.  It will be interesting to see the box office numbers on this one.  It has enough star power to pull in viewers and the critics have been too kind.  Will that be enough?  For some reason, I was unable to ascertain the budget for this movie.   Why?   If you go, I hope you have a better experience, but don’t say I didn’t warn you.  Like The Room, perhaps this one will become a cult classic shown in indie theaters at midnight.  It might help if you were a little stoned.