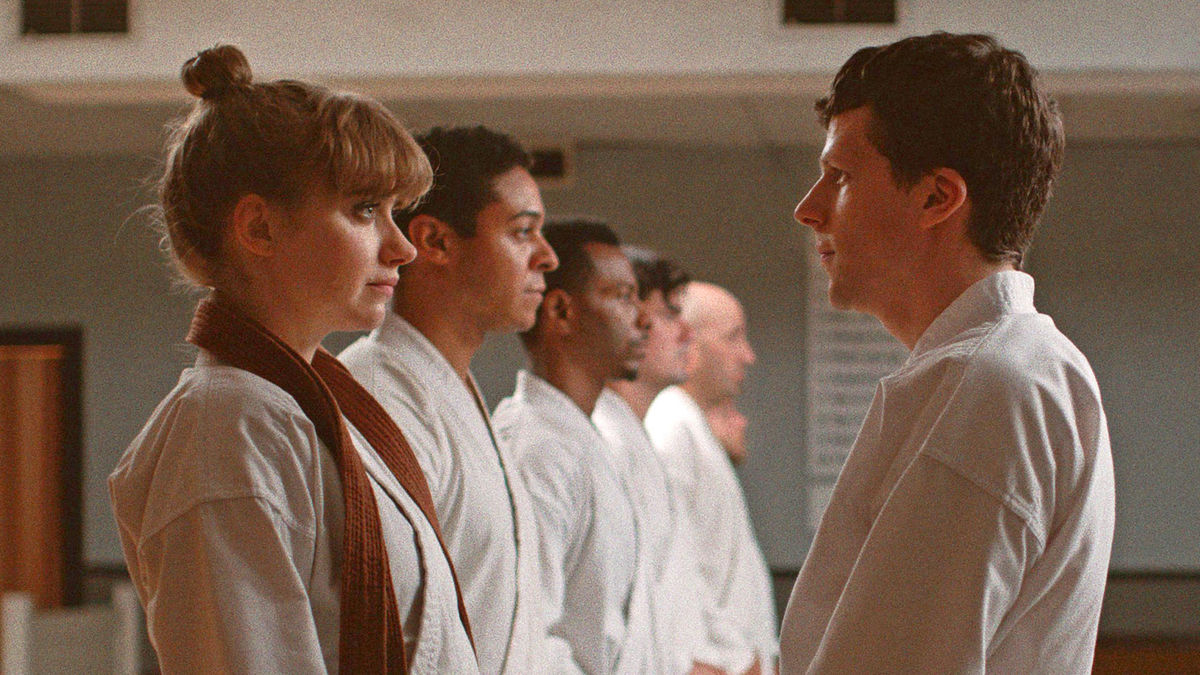 Casey Davies is a wimp, afraid of his own shadow. To amplify this, this writers make the accountant an owner of a “weiner” dog who listens to adult contemporary music and studies French. After he is mugged, he decides to take up karate. The Sensei urges Casey to listen to “Metal” music, learn Russian, and get a German Shepherd. Feeling more masculine, Casey slowly becomes more assertive with unexpected results. And, then come the night classes . . .

Jesse Eisenberg is sufficiently meek as Casey, but the dialogue is so bad that you cease to care. The Sensai is Alessandro Nivola with such inanity that this will go down as the worst movie he was ever in. The token female is Imogen Poots as Anna. Discriminated against by The Sensai, her acting abilities only let her pout.

Clearly, the budget for The Art of Self-Defense is less than that of a Hallmark Christmas movie, much less. One critic proclaims that the flick is about giving up individuality to find identity and fellowship. Bunk! Like Seinfeld, this is a movie “about nothing.” The director pokes fun at Casey, then pours on some gratuitous violence, and finally, adds “dog bites man,” literally. It makes no sense. If he is attacking “toxic masculinity,” he does it by making a toxic movie. Along with Tag, this is sewage. Don’t waste your money.