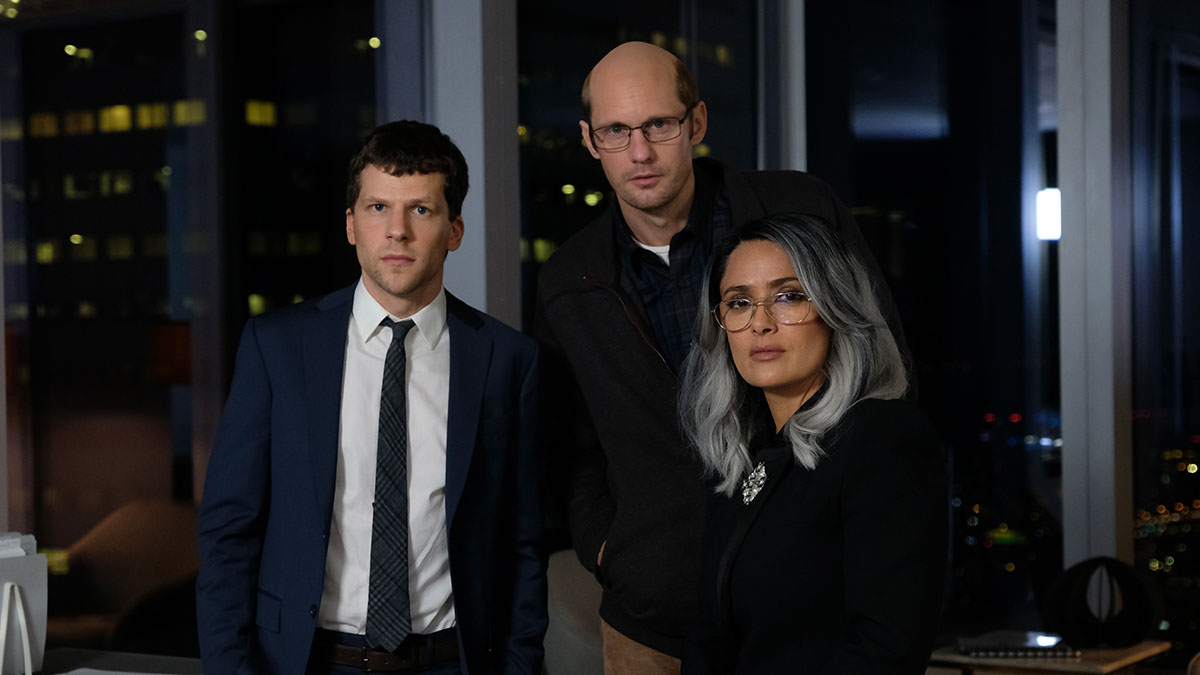 The premise of the film is that time is money. In 2011, it takes 17 milliseconds to get data from the Kansas Electronic Exchange Data Center to the New York Stock Exchange servers in New Jersey. If you can cut one millisecond off the time, then you make hundreds of millions of dollars. So, why not install a four inch cable 1000 miles through mountains and rivers and swamp? Just how big a task is it to get land deals, expensive machinery, dozens of crews, government approvals, and financing for a technology that has yet to be solved? These are just the beginning of their problems. I give The Hummingbird Project 3.0 Gavels and it receives a 57% Rotten Tomatoes rating with a 6.2/10 IMDb score.

Cousins Vincent and Anton Zaleski work for the notoriously ambitious Eva Torres on Wall Street. She intends to dominate the high frequency trading market, pushing her staff to work harder and faster to develop new technology. Fast-talking Vincent convinces Bryan Taylor that his straight fiber-optic line is worth the investment even though the brains, Anton, has yet to figure out the details. Mark Vega has the experience with construction of fiber-optics. Let the race, and the machinations, begin.

While Jesse Eisenberg (The Art of Self-Defense) and Alexander Skarsgard (The Aftermath) pair nicely as goofy cousins, ultimately you need a believable villain. As in Like A Boss, Salma Hayak overacts the role and becomes a caricature. Michael Mando (Spider-Man: Homecoming), as Mark Vega, is the best of the group.

The Hummingbird Project never fully captures your imagination. Even when Vincent threatens to take a chain saw to a cell tower, you don’t think David taking down Goliath. You wonder how he thinks he’s going to saw through thick metal.

Rolling Stone bemoans “whatever it takes to keep a techno hellraiser on its feet, this humdrum Hummingbird doesn’t have it, despite the efforts of Eisenberg and Skarsgård to breathe some life into it.” Newsday agrees, pointing out “a believability problem hampers this potentially fascinating story about the high-tech Wild West.”

There’s a reason this film made less than a 1 million bucks at the box office. It’s just so-so.