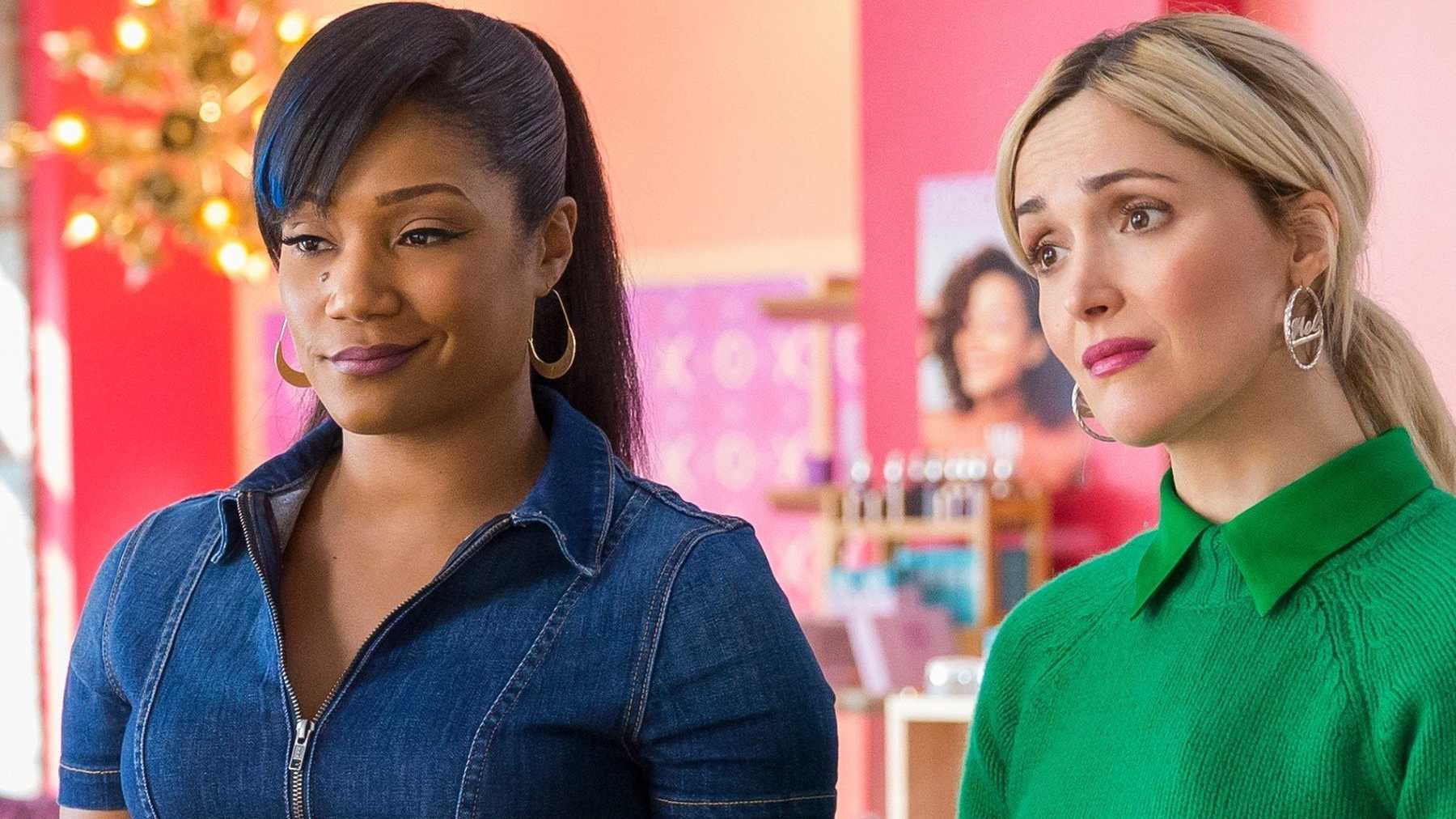 Like A Boss is like a bad boss. You don’t want to see him/her/it. The film goes beyond raunchy and delves into the gross. This one clearly needed some female writers. Tiffany Haddish, Rose Byrne, and Salma Hayak should be bankable stars; here, they should be embarrassed. January movies are generally throw away flicks, and Like A Boss needs to be thrown away, quickly. It stinks that bad! I give it .5 Gavels with a very early 65% Audience score.

Mia and Mel are best friends since grade school. Their business named Mia and Mel’s, naturally, suffers financial woes. Claire Luna offers big bucks to help out the young entrepreneurs, but gets 49% of their business. And, if either partner steps out, she gets 51%. Will the practical Mel and the creative Mia be able to resolve differences inherent in running a business? What does Claire know about past partnerships?

Like A Boss forgets the rule that comedies are to be funny, not vulgar. Look no further than the baby-coming-out-of-the-vagina cake in the trailer. Something tells me that Krogers sells very few of those, for good reason. The movie has made $10 million on a $29 million budget, which is a testament to the stars, not the dialogue. One critic writes, “you can’t put lipstick on this pig.” Cleveland.com‘s critic writes,”rude, crude and chock-full of unfounded ‘tude, ‘Like a Boss‘ not only might be the most shallow film to open a new year, but certainly already is assured a place on a slew of 2020 “worst” lists. “Cringeworthy” and “in need of corporate restructuring” are other critic comments. Go see 1917 or Just Mercy and, unlike Bruce Springsteen, avoid this Boss!