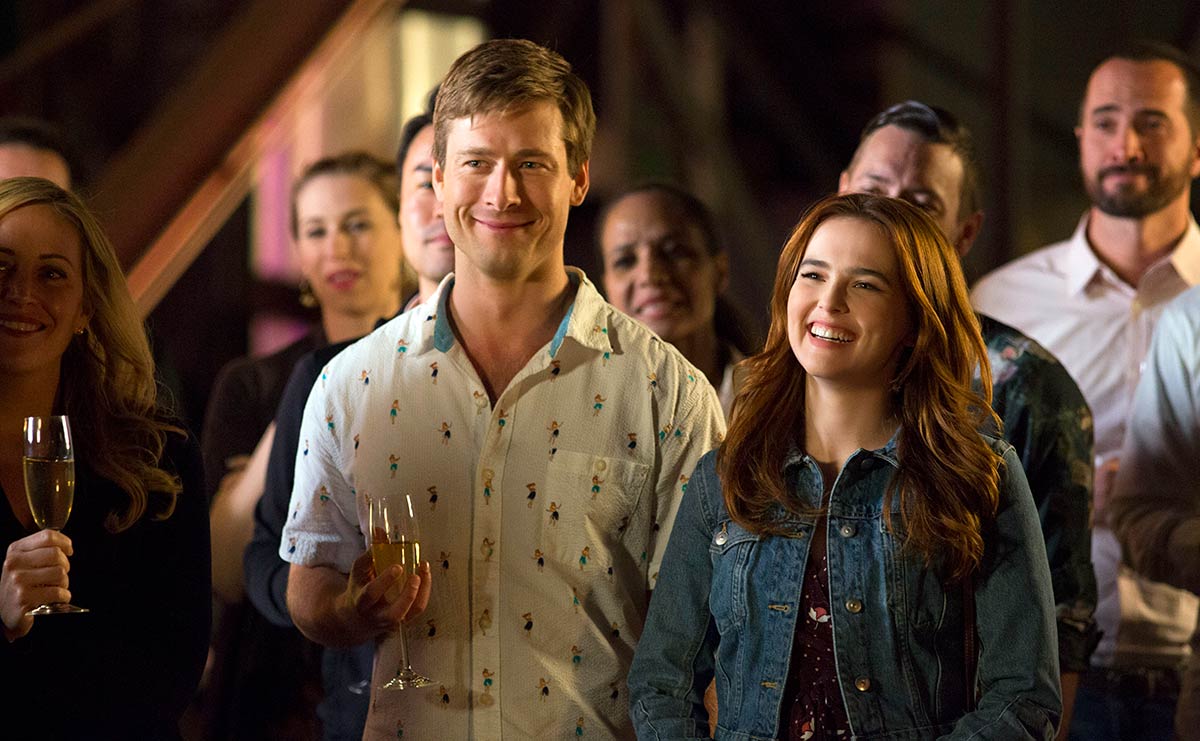 Set It Up is not as good as The Devil Wears Prada, but not as bad as Like A Boss. Horrible bosses in movies are a dime a dozen because everyone can relate. You’ve either had one or know one. Set It Up just double ups by putting two narcissistic employers in the same film. For the most part it works. In this case, it is written by a woman and you get way too many phallic references. (For the opposite, see Space Force.)

Certainly, Set It Up is not as eye-catching as the 92% Rotten Tomatoes rating would indicate. Yet, who doesn’t love the Kiss-Cam at a Yankees game? Or, how about climbing the fire escape to share a pizza? Overall, our assistants are engaging characters at their wits ends. So why not try a little Cyrano de Bergerac? I give Set It Up 3.5 Gavels and it garners a 69% Audience score.

Harper must complete 10,000 steps on ESPN sports reporter Kirsten’s pedometer and gently wake her from a nap at midnight. Charlie completes the science projects for venture capitalist Rick’s son and deals with the soon-to-be ex-wife. Both deal with constantly contradictory orders and are the last to leave the building each night. Meeting by chance, Harper and Charlie conclude that the only way to get some free time is to romantically set up Kirsten and Rick. So, why not “trap” them in an elevator? Surely, nothing could go wrong.

Zoey Deutch (Harper) is the Anne Hathaway/Prada character, and does it well. Her infectious personality carries the film. Glen Powell played John Glenn in Hidden Figures. As Charlie, he has solid chemistry with Harper. Lucy Liu and Taye Diggs play Kirsten and Rick, the terrible bosses. Both are way over-the-top, a poor comparison to the more subtle meanness of Meryl Streep.

Any film portraying urination in an elevator should get banished to the hinterlands. Given my criticisms of Set It Up, the Gavel rating is a testament to how well the rest works as a rom-com. Entertainment Weekly writes “the movie achieves the highest honor for a streaming romantic comedy, which is that it’s perfect to watch while eating takeout Chinese food on your couch and also drinking wine that has been in your fridge too long.” The Village Voice adds “it’s a feel-good throwback to Nineties romantic comedies like When Harry Met Sally and You’ve Got Mail that left me warm and nostalgic for the simple pleasure of falling in love.” So, set up your date night with Set It Up. As Mrs TMJ says, “It was cute.”