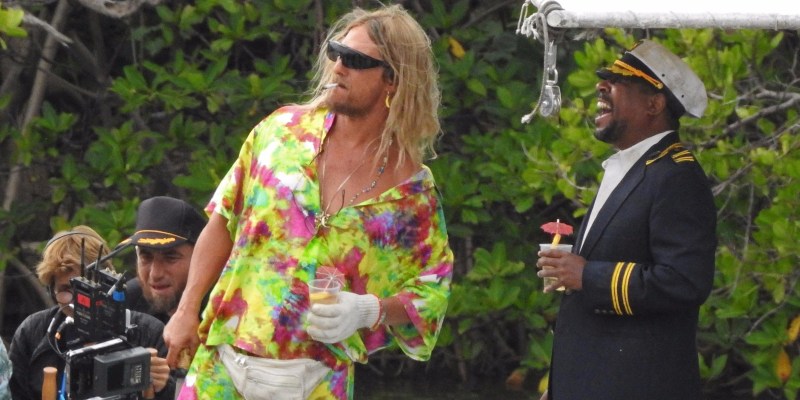 (WARNING: IN CASE YOU MISSED IT, THE ABOVE IS A RED BAND TRAILER!!!)

Because of Matthew McConaughey, you maybe tempted, as I was, to see this movie, despite the gosh-awful trailer. You will regret it! It is beyond me how nearly half of the critics (52% Rotten Tomatoes) like this blot on the landscape. Of course, it is hardly fathomable that it gets a measly 30% Audience score. Beach Bum is just the same scene over and over again. On the other hand, it does receive an award from me. This is only the second time I award 0 Gavels, trending towards a minus number. Similar to The Disaster Artist, this is just rubbish.

There is no plot. Seriously, there is no plot. Well, if you must, Moondog believes if he drinks, smokes, parties and uses drugs, he will become the next great American poet. Imagine the worst SNL skits, ad-libbed. Even that would be better.

This is a movie that Matthew McConaughey (Moondog) will be embarrassed about for the rest of his life. Isla Fisher is his wife, Lillie. Snoop Dogg is his best friend, Lingerie. Jonah Hill plays an agent with an accent so bad that one can only believe he’s never been south of Pittsburgh. Zac Efron, Martin Lawrence and Jimmy Buffet also appear, certainly much to their chagrin. How in the world did this director get all this “talent” on a $5 million budget?

Beach Bum is so misogynistic that it defies belief that it could be made in 2019. Scantily-clad women parade around solely for the pleasure of Moondog. Sophomoric grabbing and pawing at male genitalia ceased to be funny in the sixth grade. Knocking over a senior citizen on a wheelchair to steal money was never humorous. If this what passes for art in Hollywood, Heaven help us all! This is not just sad, it’s bad.