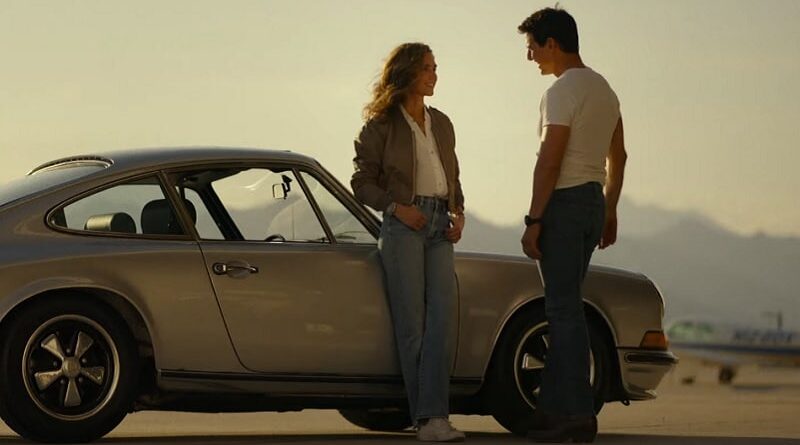 For sheer enjoyment, and I say this without hyperbole, Top Gun: Maverick is as close as you can get to the perfect movie. Visually stunning and adrenaline pumping, the viewer understands that this is Hollywood at its finest. Cruise missiles or the Tom Cruise (Mission Impossible) smile, which is more effective? Both are lethal in their own ways. Yet for all the action, and there is action aplenty, Top Gun: Maverick is as much about love, love of country, love of “family,” love of friends, and remembrance of those lost. As Penny reminds Pete Mitchell, “if one of those pilots fails to come back alive, you’ll never forgive yourself.”

After 33 years of flying, how is it that Pete Mitchell is still but a Captain? “One of life’s big mysteries” includes at least two riled Admirals. Rear Admiral Cain reminds Maverick that his days are over, the future is with drones. Still, when a rogue nation’s uranium enrichment plant is about to go online, who do they call? But, even the best of the best, the Top Guns, don’t train for this sort of mission. Vice Admiral Simpson doesn’t even expect the pilots to come back alive. Admiral Tom “Iceman” Kazansky, repeated savior of Maverick’s career, knows there is only one man with the skills necessary to train the pilots. Some very large egos are about to eat humble pie. I give Top Gun: Maverick 5.0 Gavels and it receives a 97% Rotten Tomatoes rating with an 8.7/10 IMDb score.

After listening to the plan of attack on the well-defended enrichment plant, Vice Admiral Beau Simpson provides Maverick with a list of pilots to train. On that list is Lt. “Rooster” Bradshaw, son of “Goose” Bradshaw, his former radar intercept officer. Rooster blames Maverick not only for the death of his father, but also for blocking him from attending the Naval Academy. Cocky Lt. “Hangman” Seresin is certain he will lead the mission, while Lt. “Phoenix” Trace worries that Hangman’s not a team player. Training is not going well when the mission schedule is moved forward. Is Maverick really the man for the job?

Miles Teller, so good in The Offer, stumbles a bit as the brooding Rooster. However, Glen Powell (Guernsey Literary and Potato Peel Society) more than makes up for it as the over-confident Hangman. You never want him to leave the screen. In a nutshell, he has a Tom Cruise-like presence. Although the viewer is treated to a flashback snapshot of Kelly McGillis, she’s replaced effectively by Jennifer Connelly (Alita: Battle Angel) as love interest, Penny. Other actors of note rounding out a fine cast include Jon Hamm, Ed Harris, and Val Kilmer.

Given the hype surrounding this $170 million Top Gun: Maverick, will it make a billion? Surprisingly, it only projects to make $100-$130 million this three day, holiday weekend. In 1986, the original made a whopping $357 million on a $15 million budget. While reminiscing, that film also won the Oscar for the Best Original Song “Take My Breath Away.” Although absolutely unnecessary in the context of the film, don’t miss the sailboat scene. It’s just another example of the outstanding cinematography.

“It’s hard to picture another entry in the summer movie sweepstakes that can equal or exceed this one for pure, adrenalin-fueled entertainment. I had a great time watching the film and recommend seeing it as I did, on a giant IMAX screen.” leonardmaltin.com

“Maverick is the perfect wingman to Top Gun and a more than worthy successor to a classic. It flies so high it soars.” Detroit News

There is no better way to begin the summer than with a BLOCKBUSTER. Thank you, Tom Cruise.