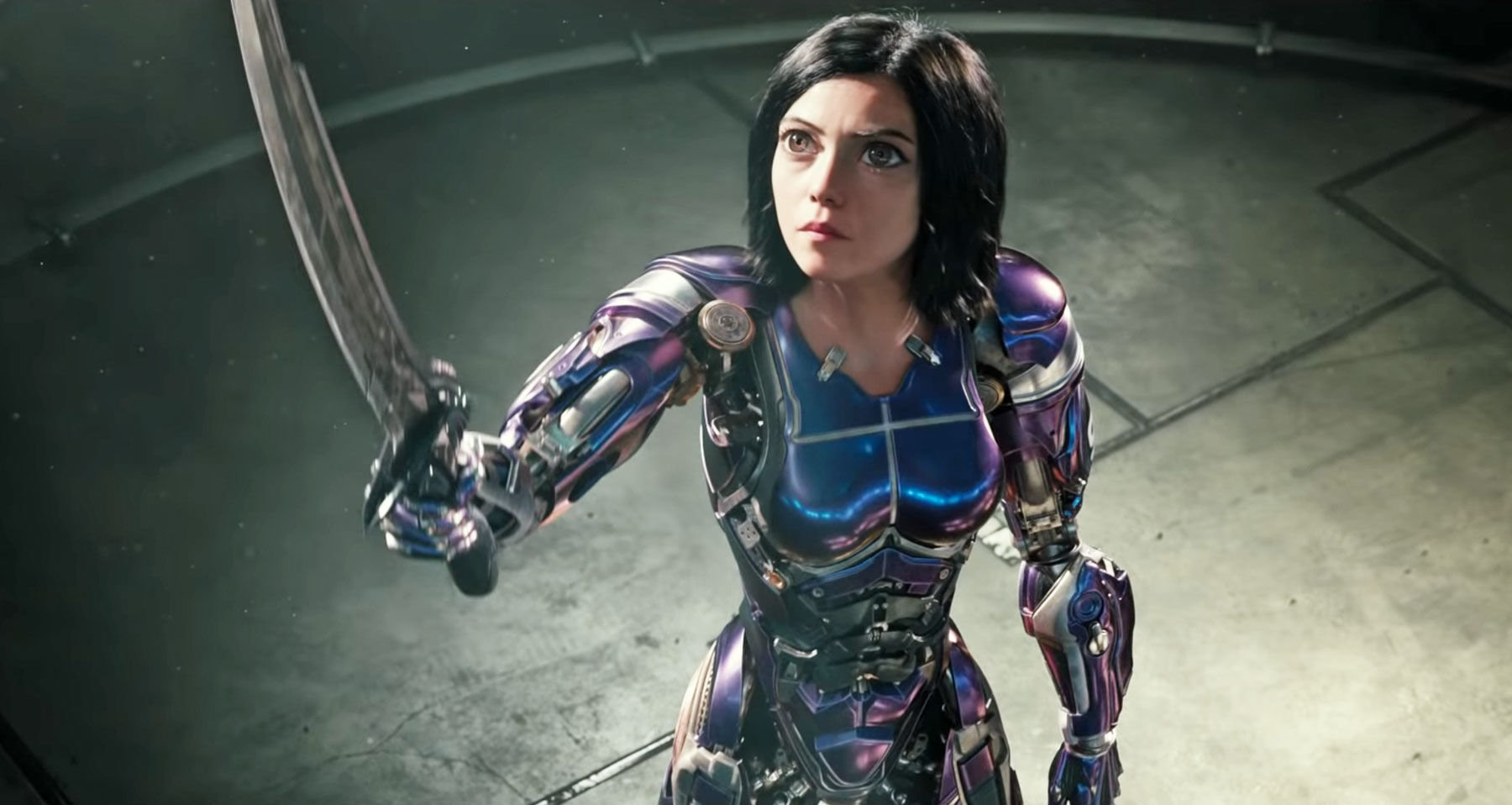 You remember James Cameron, director of Terminator, Titanic, Avatar, among others. His name, attached to Alita: Battle Angel as producer and co-writer, made this movie one of my most anticipated of the year. As you might expect with a $170 million production budget, the visual effects are stunning. And, despite a beginning that reminds you of a Frankenstein movie, it starts out very nicely as Alita discovers a new world. Then, it bogs down into a kill-or-be-killed Roller Derby to the death contest. Too busy setting up a sequel, Alita: Battle Angel needs more background and less action. This time, I agree with the critics and give this movie 3.5 Gavels. It has a Rotten Tomatoes rating of 61% with an impressive 93% Audience score.

In 2563, some three hundred years after “The Fall,” the citizens of Iron City live in violent times. Everyone aspires to get to the wealthy sky-city of Zalem, but the only way is to win the game of Motorball. Dr. Ido operates a small clinic to replace limbs of those attacked. In scouring the junkyards for parts, his discovers a cyborg head. He attaches a body meant for his deceased daughter and names her Alita. Orginally with little memory, Alita discovers her unique battle skills and comes to understand that Zalem is not some Utopian vision. To the contrary, Zalem is the enemy.

Rosa Salazar, as Alita, is magnificent. You don’t want to mess with this innocent-looking cyborg. Christoph Waltz makes a fine not-so-mad scientist although his German accent lacks subtlety. It’s nice to see Jennifer Connelly (A Beautiful Mind) again, but her part is very small. Mahershala Ali makes a terrific bad guy, Vector, deciding who wins the games gets to go to Zalem.

The audience discovers the Alita was once a warrior, apparently from Mars. Battles with Zalem led to her dismemberment. But why was Mars battling Earth? Who are the lucky few on Zalem? Who is Nova, the ultimate evil character controlling everyone and everything? To give you an idea of the range of reviews, Richard Roeper (Chicago Sun-Times) hates it, while Mark Kennedy (AP) considers it a triumph. Alita left me hanging. I want to know more, but I think that this movie will have a hard time making a profit. If no profit, no sequel, and I will never know. Sci-fi geeks will like this one, the rest of you will be lukewarm.