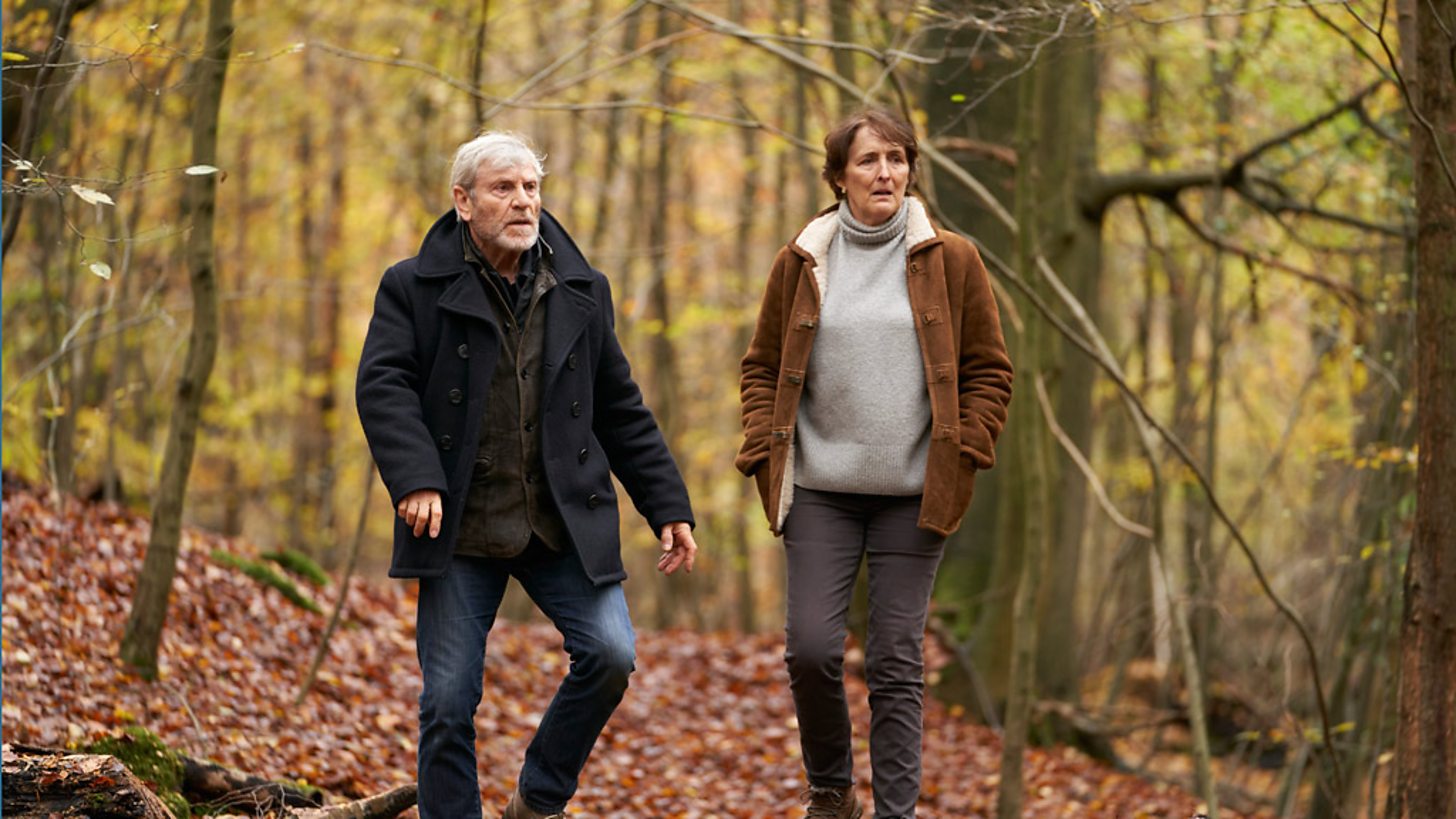 In a riveting opening episode, Baptiste 2 reminds the viewer of the excellence of Masterpiece on PBS. If you’ve missed it, you will likely find it on Amazon Prime, then set your TV to record Sunday nights at 10 P.M. Julien Baptiste is not your usual investigator, certainly not the macho kick-in-the-door, beat-up-the-bad-guy type. Rather, he walks with a limp, his tortured past writ large over his face. Yet, he is driven to find the missing, even at the cost of his marriage. “I needed to work,” he pleads with his wife, Celia. “I needed you,” she laments.

Baptiste brought us the excellent Tom Hollander as guest star; Baptiste 2 brings the equally delightful Fiona Shaw. The former introduces vicious Romanian gangsters, the latter nasty and violent Hungarian thugs. Why Hungary? Emma Chambers is the Ambassador to Hungary. Still, she asks, “why me? I’m a nobody. I give speeches on trade to half-empty rooms.” After seeing her plea for help, Baptiste travels to Budapest. Major Zsofia Arslan of Special Affairs knows of his reputation and wants nothing to do with him. Chambers notes that anyone who offers free help is generally “either delusional or not very good at it.” Undeterred, Baptiste is on the case, finding what the police overlooked. Baptiste 2 gets 4.0 Gavels and it receives a 90% Rotten Tomatoes rating with a 7.4/10 IMDb score.

On holiday in the North Hungarian Mountains, Emma Chambers and her husband, Richard, argue. The next morning, he and sons, Alex and Will, are missing. Baptiste searches an area ignored by the police. A body is found. A cryptic call leads Baptiste and Emma to a train station where they encounter a tattooed man thought to be involved. Fourteen months later, now in a wheelchair, Emma brings a “clue” to her missing son to a worn and haggard Baptiste. She reminds him that he promised to help. “That was before the blood.”

Neither beaten-down Baptiste nor rain-drenched Emma will win any awards for Best Looking. Both Tcheky Karyo and Fiona Shaw (Collette, Enola Holmes) owe a debt of gratitude to makeup artists. Both are a joy to watch. After just one episode, it’s difficult to determine who else will come to the forefront. Gabriella Hamori, Dorka Gryllus, and Ace Bhatti (Line of Duty, Alex Rider) all receive top billing, but little screen time thus far. The first two are accomplished Hungarian actresses.

Baptiste 2 flips back and forth between the time of the murder/kidnapping and the present, fourteen months later. Assuredly, the next five episodes will fill in the blanks. How does Major Arslen know of Baptiste and why is she resistant to his offer of help? Richard Chambers is a bird-watcher. Who would want to harm him? What happened to cause “Blood,” and the rift between Baptiste and Emma? Did the death of Emma and Richard’s daughter two years earlier play any part in the abduction? Intrigued yet?

“Much of the suspense this season derives from knowing some terrible things must have happened during his investigation, as the flashbacks fill in the gaps.” TV Insider

“There’s a world-weary melancholy drenching everything and a tincture of subtle commentary about the underbelly of politics in that part of Europe.” Globe and Mail

Sixteen year old Will Chambers has not spoken for two years. Does this coincide with his sister’s death. “His whole world is his phone and his brother.” Can anyone still be alive after fourteen months? Masterpiece makes Sunday nights a treat.