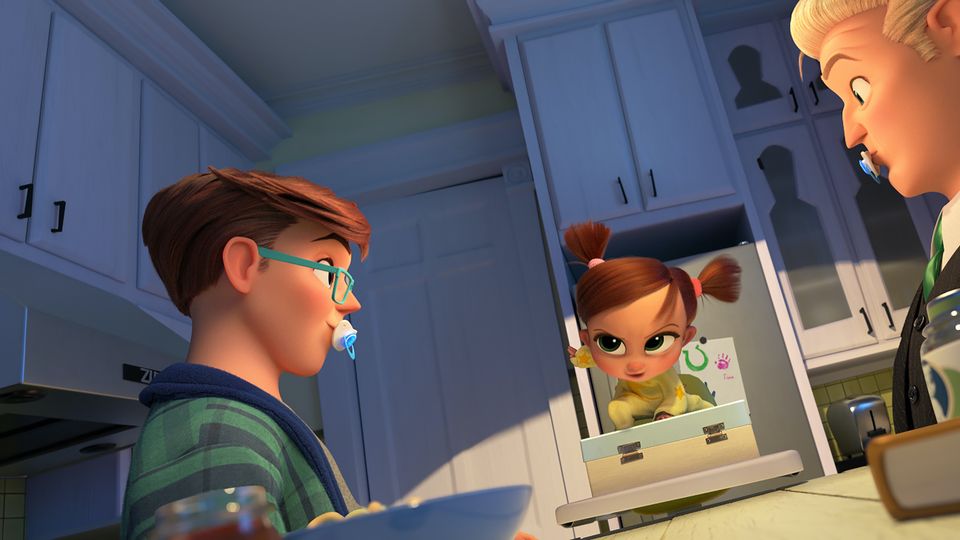 If the critics and the audience are so-so about The Boss Baby 2, how does it make a half billion bucks? Rated PG, The Boss Baby: Family Business is not another Black Beauty. The early stats are eerily similar to The Boss Baby. The original gets a 53% Rotten Tomatoes rating (Audience Score 49%) with a 6.3/10 IMDb score. The sequel sits at 49% Rotten Tomatoes with a very early 6.3/10 IMDb score. A Boss Baby 3 is in the early stages of development so someone expects Boss Baby 2 to bring in the Ted Templeton-type cash. Is Dreamworks dreaming? What’s the deal?

In truth, Boss Baby 2 is a mixed bag. The first thing you notice, at least on the big Dolby screen at AMC, is a kaleidoscope of color. It envelopes the movie-goer. Then, oddly for the middle of summer, it’s a Christmas movie. Early on, Boss Baby 2 seems to steal a little from the Toy Story franchise, later from Disneyland’s It’s a Small World. At times, the animation is inspired, at others it looks like Saturday morning cartoons. At all times, the pace is frenetic. The storyline tends to wobble, then the ending is terrific. Finally, for all the fuss about Boss Baby 2, she plays a minor role to the originals, Ted and Tim. All in all, it is better than the original, and better than its trailer. I give the film 3.5 Gavels.

Now grown, Tim and Ted rarely see each other. Ted sends expensively inappropriate gifts to Tim’s two girls, Tabitha and Tina. Super-smart seven year old Tabitha attends the Acorn Center for Advanced Childhood and wants to be just like her uncle Ted. BabyCorp suspects something awry at Acorn and needs Tina to investigate. Using a special formula, she reverts Ted and Tim to their childhood and places them undercover in Acorn. Just what is the nefarious Dr. Armstrong up to?

Forget about Alec Baldwin and James Marsden (Sonic The Hedgehog) as Ted and Tim. The star of the film is Jeff Goldblum (Jurassic World). His Dr. Armstrong is so deliciously smarmy, you never want his voice to leave the screen. Producers who fail to take advantage of his vocal chords do the audiences a great disservice. Bring on more Jeff Goldblum. Just seen in In The Heights and The One and Only Ivan, Ariana Greenblatt (Tabitha) sings a nice “Christmas” song that really brings the story, and family, together.

Like the original, Boss Baby 2 is not great, but I’m glad I saw it. The kids will love it and their parents won’t hate it. The cantankerous pony is a nice touch. The film oversells “there’s a new boss, baby,” but what the heck? It’s less than six months to Christmas, and the summer heat is upon us. On a long July 4th weekend, you could do worse than cool off in a theater watching a snowball fight.

“A delightful mix of understated humor, wild fantasy, cheeky needle-drop songs and some of the best-constructed action scenes in animated films.” The Movie Mom

“Family Business manages to largely improve on its predecessor, with the help of savvy casting and surprisingly pointed social satire.” Washington Post

To reiterate a theme, Boss Baby 2 even plays second fiddle to her older sister, Tabitha. Maybe Tina is the boss, but Tabitha brings home the bacon. Family wins again!