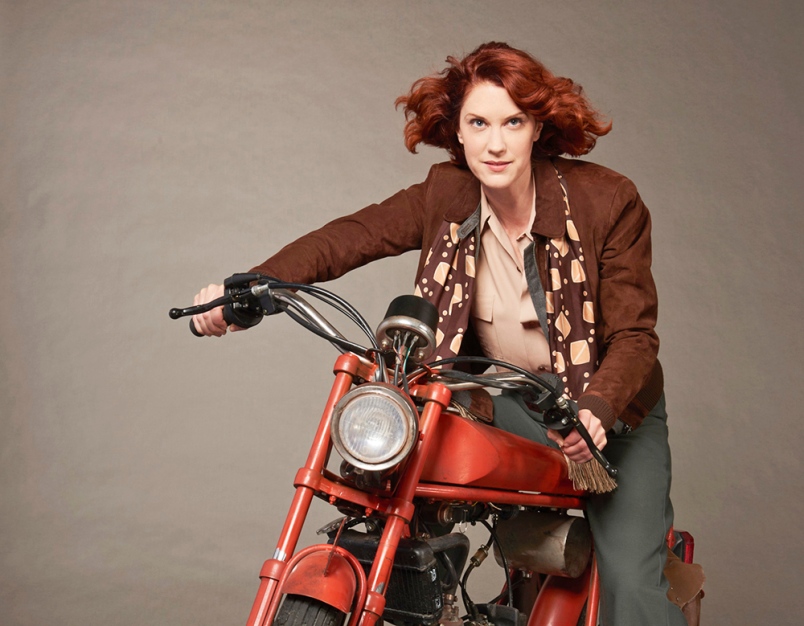 Does Frankie Drake Mysteries prove Canada is nearly forty years behind Mother England? Miss Scarlet and The Duke finds the first female private detective in London in 1882. Not until 1921 do Frankie Drake and partner, Trudy Clarke, set up shop as the first female private detectives in Toronto. While Miss Scarlet is pretty much a lone wolf in a sea of men, Frankie and Trudy get plenty of help from Flo, a morgue attendant, and Mary, a morality officer. It turns out Toronto’s Morality Department was established in 1886 to root out vice and protect women and children. In a contradiction that was doomed to failure, Canada allowed the production and export of alcohol during Frankie Drake‘s time, but not the consumption.

Against this backdrop, the Roaring Twenties presents the perfect time for Frankie Drake and friends to step out of traditional roles and explore other opportunities. Frankie exposed as a fake insurance agent because a company would never let a female handle a $100,000 claim is one of the few times she faces a sexist hurdle. She feels quite comfortable with her guns and motorcycle, and folks act more impressed than bothered. And, watch out for her left hook! While Frankie has a slight infatuation with a boxer, Moses Page, her main protagonist is none other than Ernest Hemingway.

Blending real characters into the fictional story, it is true that Hemingway did write for The Toronto Star in 1920. As colorful, campy fun, Frankie Drake hits the spot, but I found the mysteries to not have the depth of the usual Masterpiece offerings (available through Amazon.) I give the eleven-part series 3.5 Gavels and Season One gets a solid 7.1/10 IMDB score.

Frankie knew her father, now dead some ten years, was something of a con man. When pearls are stolen, a duck feather left behind is the same calling card found in a gold robbery twenty years prior. The main suspect was her father, and suspicion now turns to Frankie. And, guess who was the proud possessor of the pearls before they were stolen? None other than her mother whom Frankie thought dead since she was age four. As Frankie and Trudy uncover more surprises, who but Ernest Hemingway would offer to keep a lid on the details only if Frankie agrees to give him the entire scoop? Spoiler: Frankie prefers whiskey, while Ernie prefers gin.

Seen in CSI and The Shape of Water, Lauren Lee Smith has the swagger of Indiana Jones as Frankie Drake. No slouch herself, Chantel Riley, as Trudy Clarke, is not afraid to mix it up with the boys. The two have great chemistry as partners. As the seemingly timid Mary Shaw, Rebecca Liddiard (Alias Grace) surprises in every episode.

Do the stories of Frankie Drake lack complexity because of the 43 minute runtime? Shows like Endeavor and Prime Suspect may get 90 minutes or more to tell their story. In an annoyed tone, Frankie Drake tells Hemingway he should “stick to facts, not fiction.” Little did she know. Other historical characters mentioned include Jack Dempsey, whom Moses will box, and appearances by Coco Chanel and Agatha Christie.

” It’s fun to sit back and watch women in flowy pants, print dresses and head wraps run their own show.” Toronto Star

“The show breezes along and won’t cause anybody to have deep thoughts. Nor will it put anybody to sleep. The sense of lightness and convivial wit is constant.” The Globe and Mail

FYI, Season Four concluded March 8, 2021 with no Season Five renewal. Overall, good but not in the upper echelon.