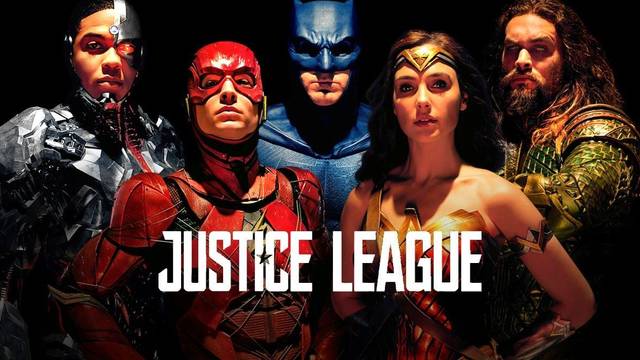 A hit with the audience, but much maligned by the critics, Justice League gets a do-over. No soap opera is any better than the the story of the ups and downs of this original, then the efforts to get it right. A 75% Rotten Tomatoes rating and 97% Audience and 8.6/10 IMDB scores indicate Zack Snyder’s Justice League did just that. Unlike most, I liked the first, but the second is so much better. At times, some of the shots border on the spectacular.

My complaint with The Avengers is that too many characters packed into too short a time frame gives them short shrift. At a leisurely four hours, lesser known Cyborg comes to life, Steppenwolf struts his evil, and we meet Darkseid, voted the sixth Greatest Comic Book Villain of All-Time. This Justice League slowly unwraps its gifts rather than rushing to the next disaster. This viewer appreciates the time to savor a scene.

To bring this Justice League to life, Warner Bros. added an estimated $70 million. The original’s budget was $300 million with a break even of $750 million. So, if this version launches HBO Max to 150 million viewers and spawns new sequels, that new investment may be a stroke of genius. Clearly, with 47,000 IMDb audience responses less than twenty-four hours after its debut, the pent-up demand is very strong. The young, male target audience will likely watch it several times. Overall, it’s nice to see a new vision of the DC characters, witness Superman in a black suit. As Patty Jenkins, director of Wonder Woman, notes “all of us DC directors tossed the original out just as much as the fans did.” It is an outlier; Zach Snyder’s Justice League paves the path to the future. I give this film 4.5 Gavels.

Superman dead, and haunted by Lex Luthor’s prediction that Earth is now vulnerable to alien attack, Batman needs an alliance. Typically working alone, Aquaman and Cyborg think they need, and want, no one. Unknown to all, the Mother Boxes begin to awaken after thousands of years. Millenia earlier, Amazons, Antlanteans, Greek gods and mortals combined to defeat Darkseid and his efforts to synchronize the three boxes. If merged, the world will be scorched and those that survive will be subservient to the will of Darkseid. Earth is the only world ever to stop him. Now, to get back into the good graces of Darkseid, Steppenwolf and his Parademons must find the Motherboxes. Nothing stands in their way except Batman, Wonder Woman, The Flash, Aquaman, and Cyborg. Will they be enough?

Ben Affleck (Batman), Henry Cavill (Superman), Gal Gadot (Wonder Woman), Jason Momoa (Aquaman), Ray Fisher (Cyborg), and Ezra Miller (The Flash) form the six original members of The Justice League. Still, it is the motion capture performance of Ciaran Hinds (Red Sparrow) as Steppenwolf that stands out. Steppenwolf and his Parademons smell fear and they overwhelm those who exhibit it. The Amazons know no fear, but is that enough?

The Flash asks Batman “what’s your superpower?” He replies “I’m rich.” Who says there’s no comedy in Zack Snyder’s Justice League? Even with it’s successful conclusion, the Anti-Life Equation buried on Earth promises the return of Darkseid. But, the Martian Manhunter offers his services to The Justice League. Oh, the promise of things to come!

“In short, it’s a movie that cares enough to swing big, even if that means it misses sometimes. These beloved heroes deserve no less.” Mashable

Of those critics that complain, most think no movie should be four hours. Yet, at home, with a pause button, a refrigerator, and a bathroom close by, you can enjoy Justice League in a manner impossible in a theater. Realistically, thirty minutes could be cut, but this way you get your money’s worth.