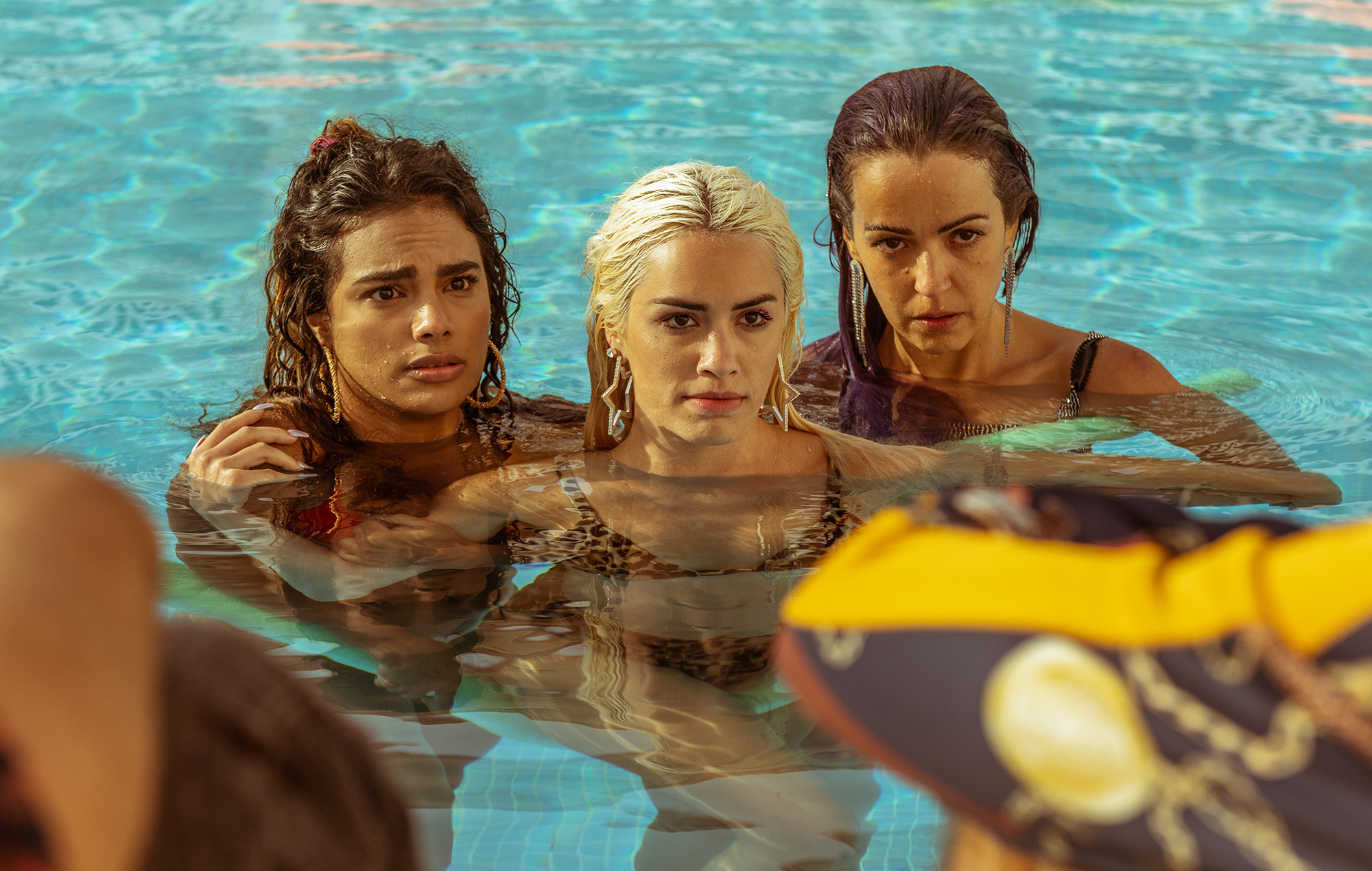 “Best shows to watch this week” proclaims Justice League, The Falcon and the Winter Soldier, and Sky Rojo to be the ones. The last, billed as three prostitutes escape from their pimp, a Spanish eight-part series on Netflix, is certainly not in the league of the other two. The warnings include violence, sexual violence, nudity, substances, language, and smoking. Are there any left? While the show alleges to shine a spotlight on sex trafficking, through the first few 30 minute episodes, the tone is all wrong.

The setting is the island of Tenerife off the coast of Spain, population 900,000. During the escape, you rarely see anyone other than the three women, the boss, and his two henchmen. Where is everyone? Flashbacks to the “club” are just more opportunities for additional gratuitous sex and violence scenes. The henchmen have the feel of the Marx Brothers. Alternating between extreme stupidity and extreme violence, since when is sex trafficking funny? Rather than taking the topic seriously, Sky Rojo is just a voyeuristic view into the world of prostitution and pimps. I give the series 1.5 Gavels and it receives a 6.6/10 IMDb score.

Unlike Wendy and Gina, Coral claims to be in Los Novias Club voluntarily, indicating it is the perfect place to hide. Gina thought she left Cuba for a waitress job. Repaying Romeo her 4700 Euros debt, she finds out she now owes 7000 Euros more. Wendy left Argentina to earn enough to provide for herself and her girlfriend. After Romeo refused to return her passport, Gina attacks him. The aftermath causes the three to run, henchmen brothers, Moises and Christian, hot on their trail. The only persons they know are clients. Will any of them help?

Veronica Sanchez, Lali Esposito, and Yani Prado are Coral, Wendy and Gina, respectively. Well-known in their home countries of Spain, Argentina, and Cuba, none possess any U.S. credits. Like many prostitutes, Coral has drug issues but her real problem lies much deeper. Wendy sent all her earnings home, but does her girlfriend have the same feelings? Gina learns her mother was complicit and depends on monies sent monthly by the sex traffickers. Do sex traffickers really send money to families?

“Once you determine that escape is impossible, the hardest part is to smile.” Fortunately, the viewer may easily escape with a click of the remote. Sky Rojo never misses an opportunity to use, or threaten to use, the most vile of violence. Expect lots of blood. Similarly, the series never fails to use the most graphic of sexual terminology.

“There is a certain style, in the frenetic editing during the crudely violent action sequences, that resonate with Quentin Tarantino’s Death Proof, echoing the exploitation cinema genre.”  Forbes

“Sky Rojo is less about in the grim reality of sexual exploitation, and more about the gaudy thrills of exploitation cinema. They’re calling it Latin pulp.” The Guardian

The only show of recent vintage that approaches this level of sex and violence is White Lines, but the actions on Ibiza pale compared to those in Sky Rojo. It’s a shame that Netflix chose sexploitation over an honest portrayal of the evils of sex trafficking.