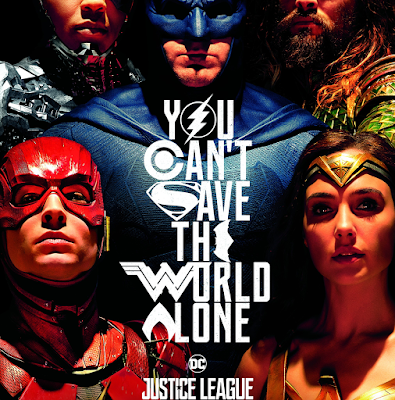 Talk about a disconnect.   Critics 37%, Users 89%.  As you can see by my rating, I thought it was fun.  Much better than Batman vs Superman, this is a continuation of that movie.  Superman is dead, and bad guys around the world are stepping into the vacuum.  To be fair, the movie is a little choppy at the beginning as it jumps from character to character.  That is to be expected, especially when two directors are involved.  The formation of the Justice League, including some reluctant members, takes time.  I thought the movie did a good job giving each some backstory and reminding us about the Dawn of Justice.

As Steppenwolf begins his reign of terror, Batman and Wonder Woman realize that they are not strong enough to overcome his power and that of the Parademons.  They recruit Flash, Aquaman, and Cyborg to keep the remaining Mother Box from his possession.  If the Mother Boxes are joined, Steppenwolf will have the power to eliminate all life on Earth.  All feel the loss of Superman, especially Batman.  He concocts a plan to try to resurrect Superman from the dead knowing full well that such plan might backfire.

Ben Affleck is Batman and as much as I didn’t like him in the prior movie, he seemed much more comfortable in the role this time.  Henry Cavill as Superman spends much of his time in this movie without his shirt on, much to the delight of the females in the audience.  Gal Gadot continues her solid performance as Wonder Woman.  Amy Adams as Lois Lane, and Diane Lane as Martha Kent are always a treat.  Ezra Miller as The Flash has the face and demeanor that is going to make you laugh.  Jason Mamoa as Aquaman has the body that looks like a superhero, much like Chris Hemsworth as Thor.  But the most interesting character was Ray Fisher as Cyborg.  While it may be difficult to make a continuing series around Flash and Aquaman, Cyborg seems to create limitless possibilities.  Other actors of note in the movie include Jeremy Irons, Connie Nielsen, and J.K. Simmons.

The few reviews I read prior to seeing the movie either hated it or loved it.  Interestingly, Rotten Tomatoes decided not to release its ratings until just hours before the first showing.  Warner Brothers owns a small stake in Fandango.  Did they request the delay knowing that the reviews were less than glowing?  I doubt these ratings are going to have much effect on this flick.  In the showing I attended, the audience was laughing, then clapping at the end.  Given the dark nature of Batman vs Superman, I was skeptical so this was much better than expected.  I thought it was a fun romp and recommend it to those who like this genre.  This movie should make a Batmobileload full of money.  Let the sequels continue. 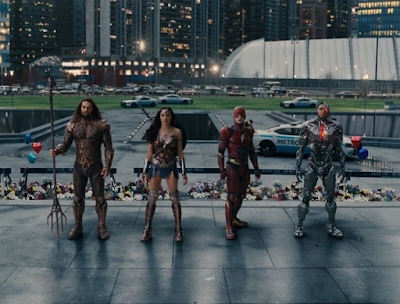 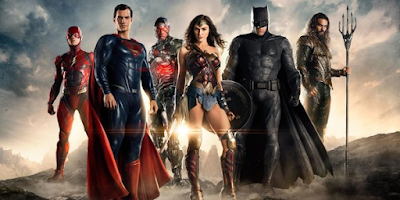