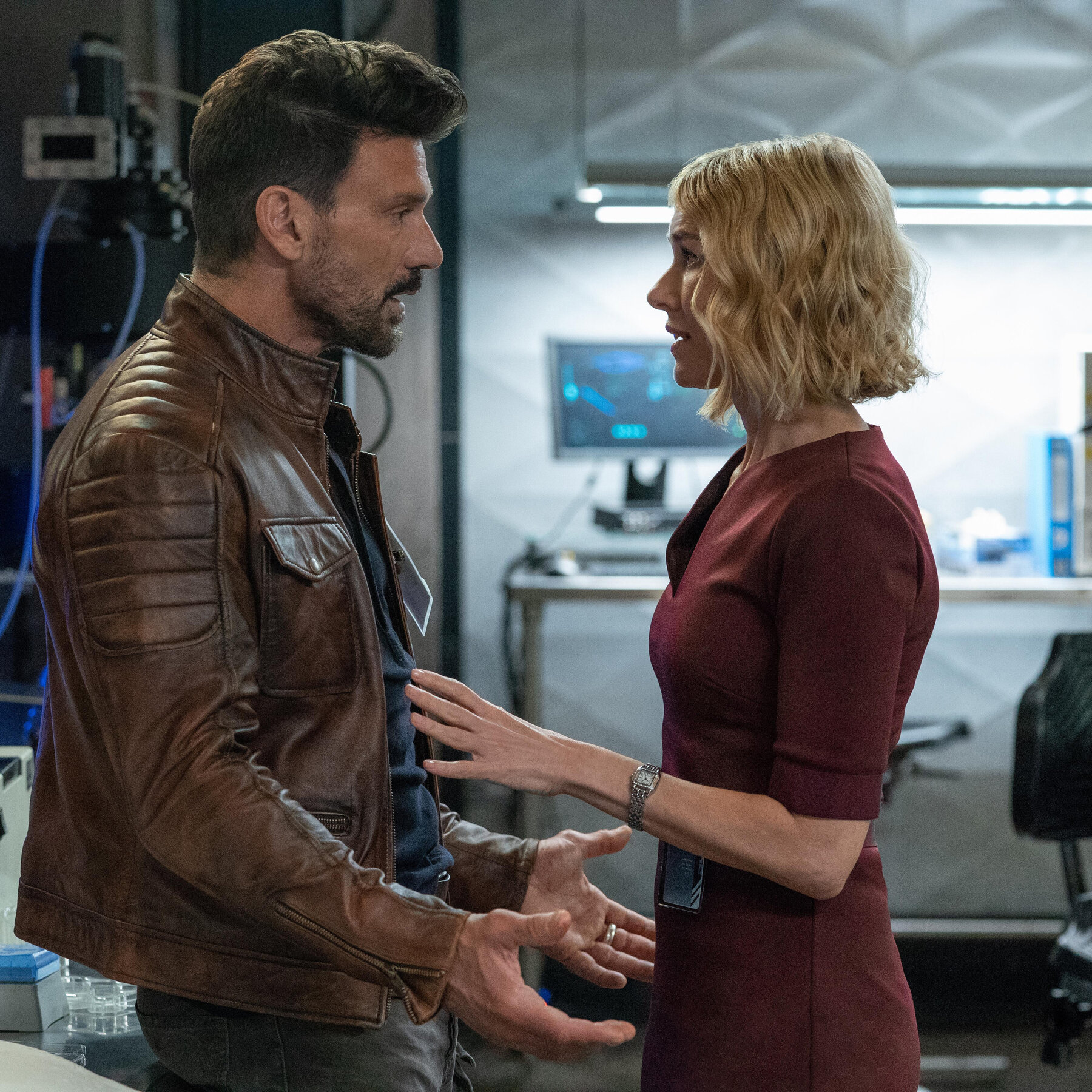 Mix John Wick and The Map of Tiny Perfect Things and you get Boss Level. Clearly the critics, the audience and I have different opinions about time loop films. It all seems so familiar. If you do something over and over, eventually you learn. Roy Pulver describes it as being in a video game, unable to advance to the next level. Except, he does advance, though maybe not as fast as he would like. To end the suspense, Boss Level gets a 73% Rotten Tomatoes rating and a 6.8/10 IMDb score.

But how does it fare so well? I understand this is fiction, but how many times can you tolerate the beheading of our hero. One particular assassin enjoys spearing Roy, then dragging his body through town. Like a real video game, Boss Level keeps score. So, we know that Pulver dies at least 200 times. Now, throw in some Egyptian gods and priestesses and it all becomes a tad too much. Did I mention that a different assassin uses a gun that belonged to Adolph Hitler? Talk about tossing in the kitchen sink. Not a fan, I give Hulu’s Boss Level 2.5 Gavels.

Roy Pulver, retired special forces, wakes up every day to a man trying to kill him with a machete. But why? He thinks it has something to do with a project his estranged wife works on. But, she is now dead, too. Dr. Jemma Wells sent him a birthday present just before her death, a book about Iset and Osiris. If only he could live past 12:47 P.M. Certainly, Col. Clive Ventor and the Dynow Corporation are up to no good.

I’ve always thought Frank Grillo (Roy Pulver) as a B-level actor and Boss Level does nothing to change my opinion. Still as a co-producer and star, he helped raise $45 Million for this 100 minutes of mayhem. Someone has faith in him. Second billing goes to Mel Gibson (Daddy’s Home 2) as Col. Ventor. Add Naomi Watts and Michelle Yeoh and you get a pretty good cast. None of the three get much screen time.

Why was Pulver an absentee father? Jemma thinks it because “getting shot at is more fun than diapers and minivans.” Want more gory details? The director is Joe Carnahan, most famous for his 1998 film Blood, Guts, Bullets and Octane. I can’t believe I missed that one.

“As the umpteenth time loop movie we’ve seen of late, Boss Level never offers a convincing enough argument for the gimmick to be leaned on yet again, a mishmash of better movies blended into something a little bland.” Guardian

In a video game setting, Boss Level is killing the final enemy in the game. All things considered, let’s kill off the genre for the next twenty years or so.