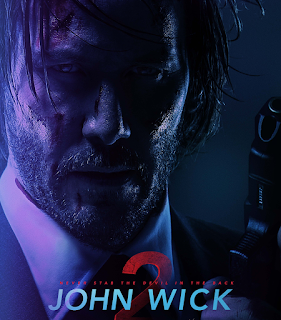 Shocked.  Absolutely shocked that so many critics liked this movie.  Granted, it is February and good movies are not often found this early in the year, but this movie will have a very limited, testosterone-laden audience.  This movie will make money by appealing to the graphic, violent, video game audience, which is significant (and there will be a John Wick 3), but it certainly is NOT the normal Valentine’s Day fare.

The premise of this sequel seems to be that if you liked Wick killing 80 in Wick 1, then you will like him killing 140 in Wick 2.  Remember how you felt watching the first 15 minutes of Saving Private Ryan and seeing the Nazis shooting the Allied troops like fish in a barrel.  Now imagine that feeling for two hours.  Wick is killing over and and and over and finishing off with the blood spattered shots to the forehead.  Enough already!

Even though there was too much repetitive killing in John Wick 1, I enjoyed the movie.  Wick 2 starts out in a promising fashion by reminding the audience of the original plot.  Then, new bad guys are introduced but only for the purpose of being killed by John Wick.  It takes lots of screen time to kill 140, so presumably you don’t have to pay for much of a plot.  There are a few funny lines in the movie but you feel guilty about laughing because of all the carnage.  Gallows humor, I guess.

Keanu Reeves plays a nice action figure but, other than killing, there is not much for him to do.  The movie advertises John Leguizamo, Bridget Moynihan, and Lawrence Fishburne but they have very little screen time.  The main bad guy is played by Riccardo Scamarcio who wants Wick to kill his sister, so he can take her place on the council of crime lords.  Of course, once Wick kills her, then Scamarcio has to kill Wick in revenge for killing the sister.  I warned you they skimped on paying writers.

This movie was well attended on an opening Thursday night–by guys, very few females in the crowd.  Will it be able to continue the momentum of Wick 1?  I was disappointed, but clearly I am not the target audience.  The end of the movie is clearly set up for more.  It will be interesting to see the numbers come Monday.