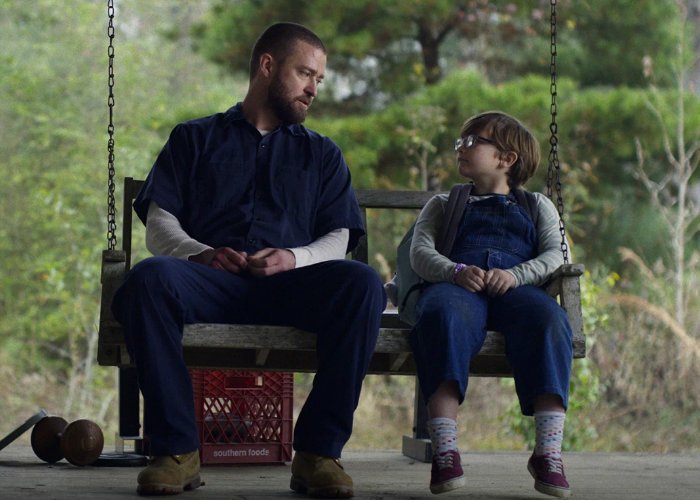 And the winner for the best movie of the last weekend in January 2021 is . . . Palmer. Unquestionably, the best actor of the last weekend of January 2021 is Ryder Allen. Who is Ryder Allen? Only seven at the time Palmer was filmed, you are thinking, he must be the “cute kid.” Certainly, all kids are cute, but Sam Burdette is not the prototypical cute kid. The story demands that he be “different.” Or, as one adult cruelly puts it, “there’s something seriously wrong with that kid.” Now, add an ex-jock felon into the mix and you get drama, and a bit of heart-felt humor.

Becoming You told us that by age four, children receive societal signals about how to play and who to play with. At seven, Sam still isn’t troubled by the rules. He wants to be the first boy Flying Princess. Why not dress up as Penelope the Flying Princess at Halloween? Who cares if Sam has tea parties with his best friend, Emily? Jerry, the abusive boyfriend of Sam’s drug-addicted mom cares. Palmer is about to enter a world for which he is totally unprepared. I give Palmer 4.0 Gavels and it receives a 73% Rotten Tomatoes rating with a 7.2/10 IMDb score.

After twelve years in prison, Palmer returns to his hometown of Sylvain, Louisiana. Grandmother Vivian Palmer readily accepts him into her house on the condition that he attend church with her every Sunday. Adjacent to Vivian lives Sam and his mother, Shelly, although she frequently is gone for days at a time. The only job Palmer can find is as a janitor at Sam’s school. Circumstances soon make Palmer Sam’s sole caregiver. For different reasons, both receive society’s disapproval. Will that bring them together?

Justin Timberlake (Trolls World Tour) stars as Eddie Palmer with a range from sad-sack to violent rage. Mostly, he is protective of a sweet little boy. Wonderful actresses, June Squibb (Godmothered) and Juno Temple (Ted Lasso) play Palmer’s grandmother and Sam’s mother, respectively. Both have small, but meaningful parts. For those familiar with the Allstate commercials, Dean Winters provides the “mayhem” as the abusive boyfriend.

Our local Ice Cream Parlor will be happy to note that Sam believes that a root beer float is “heaven in a cup.” One of the best movies of 1986 was Short Circuit. The star of that film was Fisher Stevens, the director here.

“Palmer is, in every sense of the word, decent. It’s familiar, and predictable, and a little bit hokey. But it’s also genuinely moving and surprisingly memorable, thanks to its two leads.” The Wrap

“It has a lot of heart, and heart matters.” The Detroit News

Critics complain about the predictability of Palmer and there is truth in those concerns. Still, there is predictability in a pair of old slippers and we seek comfort there. In this one, I’ll take heart over mind.