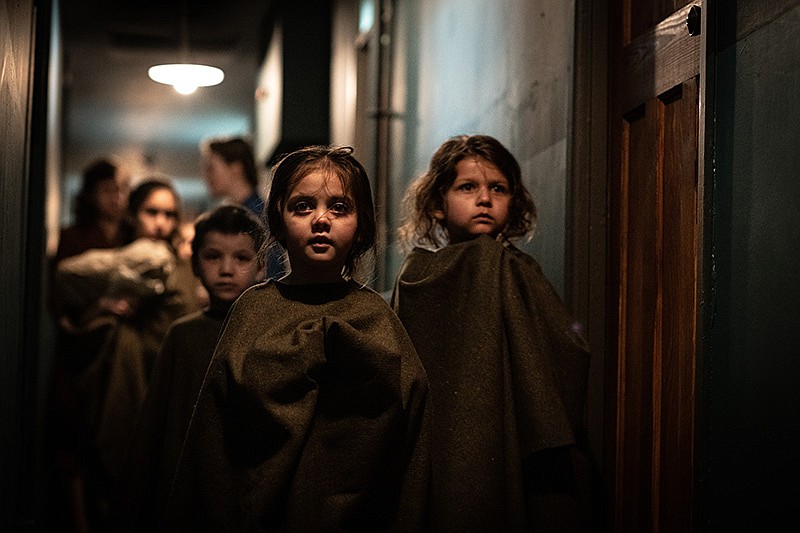 The true story of The Windemere Children may be as gut-wrenching a film as you will see in 2021. In August 1945, England agreed to take 1,000 child survivors of the Nazi concentration camps. Calgarth Estate by Lake Windemere receives three hundred of them. Despite their best efforts, nothing could prepare the team for what they were about to experience. All these children know is starvation, torture, and cruelty. They know no English. Even a small dog strikes fear in their minds. And, you have only four months to prepare them for the outside world.

“It’s not easy to move forward when everyone you love lies in the past.” Night terrors seem to haunt each of The Windemere Children. Each wants information about loved ones. Yet, dread accompanies the arrival of news from The Red Cross. Is a reunification possible? Or, is it merely confirmation of death? The arrival of kin is bittersweet. They are happy for their friend, but it also eats at their soul. For all of the pain, ultimately The Windemere Children is about hope. In the end, the children will be sent off with the Hebrew toast L’Chaim–“to life.” As much as anyone, these children value the significance of that phrase. I give the film 4.0 Gavels and it receives a 7.2/10 IMDB score.

Everything about this new country reminds the children of the concentration camps. They separate by sex, line-up for medical exams, clothes taken and burned, and live in barracks. One thinks of Buchenwald but another sees no searchlights, no fences and no crematorium. At breakfast, no child waits for prayers. They only understand grab the bread and run. “I survived because I was strong enough to take bread from someone who was too weak to eat it.” Surely, the staff will need more time for The Windemere Children to psychologically adjust.

In charge of their mental health, Thomas Kretschmann (Waiting for Anya) plays the calm and understanding Oscar Friedman. Jock Lawrence is their physical education teacher, acted by Iain Glen, very busy this past year in Black Beauty and The Racer. Romola Garai (The Crimson Petal and the White), as Marie Paneth, provides the art therapy.

Noting the war caused everyone to suffer, The Windemere Children are told not to expect pity. “Earn your place as you have earned your friendship at Calgarth.” The final credits shed light on their accomplishments, one becomes the Captain of England’s weightlifting team in the 1956 and 1960 Olympics.

Well put in The Wall Street Journal, “impressively devoid of sentimentality, grim in its facts, and moving in its portrait of the determined effort to rescue these young lives.” Pointedly, The UK Times notes “the young Polish actors playing the teenagers did a harrowing subject proud.” Find this Masterpiece presentation on Amazon Prime, both enlightening and worthwhile.