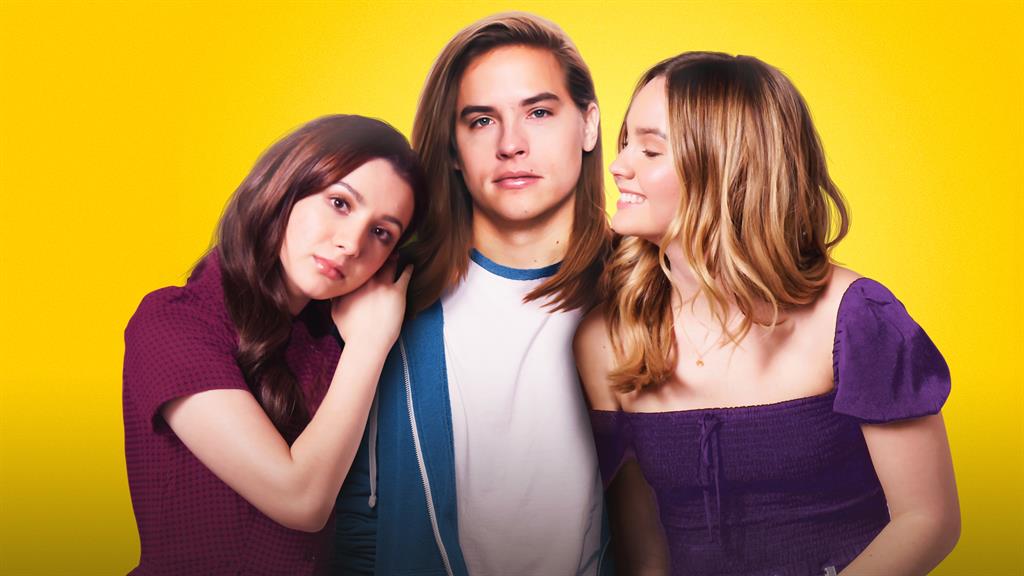 Banana Split is the movie you hope your teen hasn’t seen, but given its popularity on Netflix, they probably have. Why? Besides constant profanity, graphic sexual references, and drug and alcohol use, the premise seems quite improbable. Yes, it is likely that a teen would check out the girl her ex-boyfriend now dates. But, would she become best friends with that same girl while still in love with the ex?

Despite all the nonsense, don’t be surprised if Banana Split grows on you. As April discovers that she likes Clara more than Nick, these girls dish all. Given that one of the co-writers is April, the film has a feel of realism, unlike the forced sexuality of Barely Lethal. Will this be your “new favorite teen movie” as some proclaim? I doubt it, yet you hope that neither Nick, nor any young man, breaks the bond forged by these two girls. I give Banana Split 3.5 Gavels and it has an 88% Rotten Tomatoes rating with a 63% Audience score.

Nick and April have nothing in common, until they kiss. Then, for the next two years, they are inseparable. As graduation looms, April chooses a college in Boston while Nick selects Santa Barbara. A split seems the only option. Nick’s best friend, Ben, introduces his recently-relocated cousin, Clara, to Nick and a new romance blossoms. April and Clara run into each other at a party and the tension turns from “I want a reason to give you a black eye” into an exchange of phone numbers. If they are going to be friends, there must be rules!

At age 27, it is obvious that Hannah Marks, as April, is a talent. Besides appearing as a teenager, she is also a co-producer of this film. She has just the right amount of earnestness to sell her character. A mere 24, Liana Liberato plays Clara who is undecided if she will attend “canary or culinary” school. Both actresses are excellent. While Dylan Sprouse is the pretty face as Nick, in a forgettable role, it is Luke Spencer Roberts, as Ben, who gets the better lines.

Like The New York Times, I went in expecting the worst and found an admirable female friendship. While I’m certain that Nick would not be happy, the viewers will enjoy April and Clara comparing notes on his “inadequacies.” April’s part-time job at a movie theater also provides nuggets of humor.

The LA Times concludes “regardless of how far audience members are from their own post-high school, pre-college summer like these teens, there’s still truth and plenty of laughter here that feels specific to their experience yet universal to anyone who’s had a BFF.” All things considered, like the initial confrontation of April and Clara, “it was a lot less bloody than I expected.” If you can get past the R-rating, Banana Split, like the dessert, is pretty sweet.