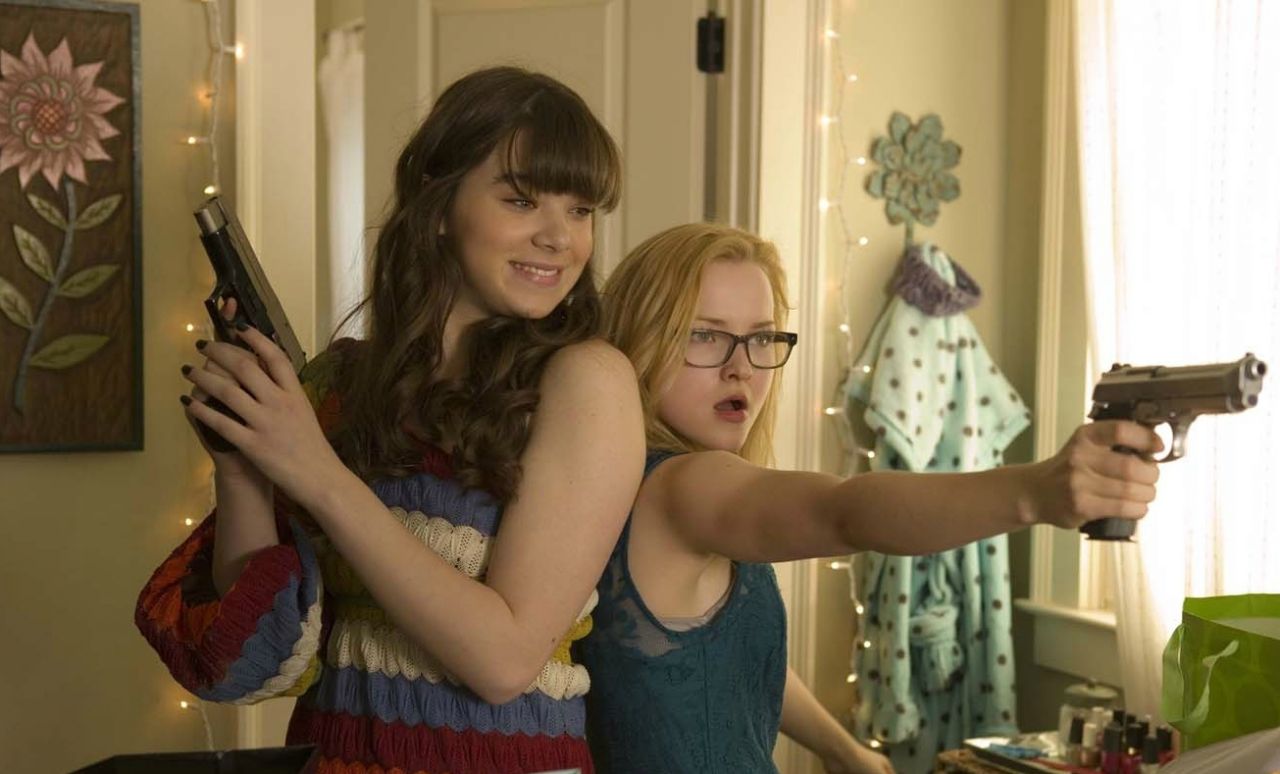 Many forget that Hailee Steinfeld received an Oscar nomination for her work in the True Grit remake, at age 13. As she was also so terrific in Bumblebee, what makes her Barely Lethal barely watchable? Training children from birth to be killers is not a novel idea. Placing a socially inept teen into a clique-laden high school setting is not new either. Hiring a male to write the script for young girls seems to be the norm for Hollywood. Put them all together and you get the mess that is Barely Lethal. After The Boy Who Harnessed The Wind and Greater, I was looking for something lighter, in the comedy genre. Steinfeld and I both made a mistake in picking this movie. I give it 2 Gavels and it receives a 26% Rotten Tomatoes rating with a horrible 37% Audience score.

Megan (Agent 83) knows there is a world outside her special ops training. On a mission to capture Victoria Knox, arms dealer, she finds a way to fake her death. Pretending to be an exchange student from Canada, Megan lands with the Larson family and attends Newton High School. Is high school more vicious than catching terrorists? Will her past find her in Newton? Does watching Mean Girls prepare you for the real world?

Hailee Steinfeld never seems comfortable as either Megan Walsh or as Agent 83. Even then, at age 18 and a veteran of 17 films, she understood this dog was headed straight to DirecTV. You know Sophie Turner as Sansa Stark in The Game of Thrones. In Barely Lethal, she is Heather (Agent 84) and Megan’s prime competition, in more ways than one. Usually, one would assume that Samuel L. Jackson (Hardman) and Jessica Alba (Victoria Knox) would bring some skill to the film. Both barely show up, literally and figuratively.

Barely Lethal never figures out quite what it wants to be. Is it action, music, love, party, bawdy, betrayal, jealousy, or family? The LA Times critic writes “Barely Lethal is clearly confused about its intended audience, starting with the icky title, a pun on the porn label (Barely Legal) that selects and photographs models to emphasize their youth.” Beyond that, it just gets silly. From the hypervigilant dad, to the mutton chopped Hardman, and on to the Victoria Knox wink, the flick is almost a parody of itself. Hardman tells his charges that “attachment are dangerous.” He has no worry. No one will get attached to this film.