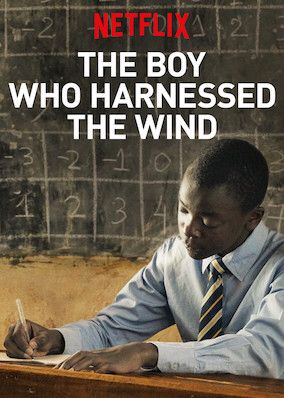 For those seeking an uplifting story, you might consider The Boy Who Harnessed The Wind. In the best of times, life is hard for a farm family in Malawi. Add alternating floods and drought, and food insufficiency takes on a completely different meaning. Based on a true story, 14 year old William seeks to bring water to his village for crops (Newsweek). Britain liked this film enough to nominate it for Best International Film Feature for the Oscars. Young William overcomes more obstacles than just Mother Nature. Would you give up your family’s most prized possession to a boy with an eighth grade education and a pipe-dream? I give The Boy Who Harnessed The Wind 4.0 Gavels and it receives an 86% Rotten Tomatoes rating with an 88% Audience score.

Trywell and Agnes are so proud that their son is attending school. But, as the drought deepens, money must be saved for food. No longer able to afford the fees, the school removes William. Minimal government assistance causes near riots and looting. William believes that his father’s bicycle is the key to building a windmill. Trywell thinks it is a stupid idea, unwilling to depart with the family’s remaining asset. Will hard work and prayers bring rain in the dry season?

In his directorial debut, Chiwetel Ejiofor (12 Years A Slave, Sherlock Gnomes) is Trywell Kamkwamba. From Amistad to The Lion King, he shows the range of the consummate actor. He doesn’t let you down here. As William, newcomer Maxwell Simba brings the earnestness of a boy determined to show the world that every idea matters. Sister Annie (Lily Banda) may make the biggest sacrifice of all to provide the dynamo.

Thrown out of school, surreptitiously using the library, and scrounging for parts in a dump almost makes The Boy Who Harnessed The Wind surreal. In reality, it seems William was somewhat of a child prodigy. While the film focuses solely on the water, he first built a small windmill to provide lighting for the family and to charge his neighbors’ cell phones. Alas, we only see him fixing radios, still a valued service to family and friends. Still, the value of the movie is not the obvious ending, but rather understanding a different culture that has the universal determination to survive and make things better for the next generation. Harness yourself up to the couch, prepare for subtitles and poverty, and a journey to the far reaches of Africa. William will put wind into your sails.