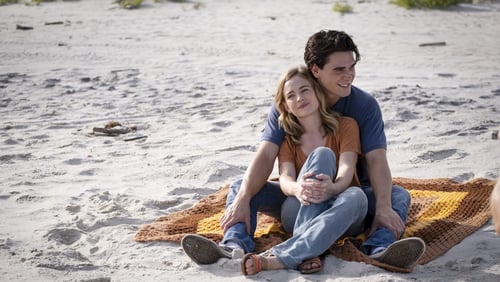 I Still Believe is a wonderful, sad, glorious, soul-crushing movie full of hope and faith. If that sounds like a roller coaster, welcome to the life of Jeremy Camp. With so much better production values than I Can Only Imagine, Overcomer, and Breakthrough, especially in IMAX, this one has the look from a major motion picture studio. Those unfamiliar with the music of Camp are in for a treat. Still, in the end, it is the story that must transcend the color and the noise. The life of Melissa Camp will bring joy to your heart and a tear to your eye. I give I Still Believe 4 Gavels and it receives a 69% Rotten Tomatoes rating on only 13 reviews. As yet, there is no Audience score.

Born in Indiana, Jeremy Camp travels by bus to Calvary Chapel Bible College in Murrieta, California. Faking his way into a concert, Jeremy seeks the advice of Jean-Luc on how to make it in the music industry. As fate would have it, Jeremy will fall hard for Jean-Luc’s love interest, Melissa. But Melissa has made a promise not to get distracted by any man. God certainly has different plans for her.

Unfamiliar with the TV series Riverdale, KJ Apa (Jeremy Camp) flies under my radar. I Still Believe should raise his profile, as an actor, singer, and musician. On the other hand, Britt Robertson (Melissa Camp) has been the kid/girl next door at least since 2003, most recently seen on the big screen in A Dog’s Purpose and The Space Between Us. Since the end of CSI: New York, we rarely get to see Gary Sinise (Jeremy Camp’s father) except through his marvelous work supporting veterans. Welcome back! Although a great singer, perhaps the only mistake of the movie cast Shania Twain as Jeremy’s mother.

I came out of the theater thinking that, if nothing else, I Still Believe is an ideal film to portray why people believe in religion. At such an early time in their lives, few will suffer the depths of pain as did the Camps. Despite the trials, the belief in a greater purpose carries them on. Critic Roger Moore complains there is not enough conflict. Cancer, love triangle, special needs brother, and struggling parents seem enough conflict for a 20 year old. On this one, I side with The Movie Mom who writes I Still Believe is “a sincere and tender love story with attractive stars and tuneful songs.” Whether you are part of “the faith-based” crowd or not, I think you will enjoy this one.