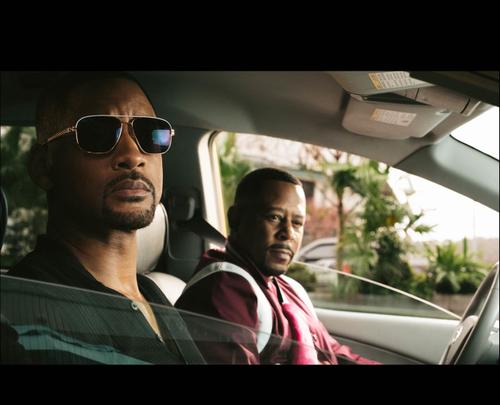 Bad Boys, Bad Boys, whatcha’ gonna’ do? With that, the reboot of a franchise is on! The tone of Bad Boys For Life is a tad more somber than we are accustomed to, what with the predominant themes including revenge, assassination, and retirement. But, once the plot starts rolling, The Bad Boys remember why they are beloved. Fast cars, great chase scenes, bro put-downs, boss headaches, and love all roar back. It is disappointing that a plot twist resembles another recent Will Smith film, Gemini Man. I forgive that transgression and award Bad Boys For Life 4 Gavels. It receives a 76% Rotten Tomatoes rating with an early 100% Audience score.

Marcus wants to retire while Mike will chase bad guys as long as he lives, which may not be long. The widow of a Mexican drug lord escapes from prison vowing to kill all those responsible for the death of her husband. She sends her son to Miami and sets her plan in motion. Mike is to be the last to die. Sometimes, children do not follow instructions.

Will Smith and Martin Lawrence master the cop-buddy genre as well as any. While they may be getting to retirement age as street cops, Mike and Marcus somewhat reluctantly acknowledge their limitations within the framework of the plot. Marcus gets a new love interest, Paolo Nunez, a good match for him. Also a cop, she leads the new AMMO unit.

Clearly, Bad Boys For Life expects a sequel. The new AMMO squad, captain, and a prisoner all point to another, and soon. Made at a cost of $90 million, it projects to make half that this weekend. Overall, the critics tend to like Bad Boys For Life. They like the energy, the charisma, the camaraderie. If you watched Ingobernable on Netflix, you can’t miss Kate del Castillo, the aforesaid widow out for revenge. More likely you will recognize Alexander Ludwig, better known as Bjorn Ironside on History Channel’s Vikings. Let’s just say he is not typecast. As January movies go, this is about as good as it gets, good. not great.