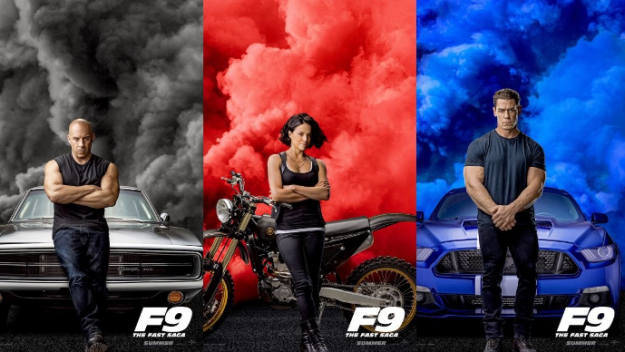 In a trailer that has more action than most movies, Fast and Furious 9 opens May 22. Do Helen Mirren and Charlize Theron snicker when watching lesser actors Vin Diesel and John Cena? Dom is now a family man. Who should show up but his assassin little brother now working for the evil Cipher? No Oscars here, but you get unparalled stunts!

Are we that bad?

In 2006, British TV did a documentary entitled 638 Ways to Kill Castro. A house committee substantiated eight attempts by the CIA but Cuban counterintelligence places the number at the aforementioned 638. Never one to miss a chance to direct a true story, Ron Howard is about to make The Fixer. At the height of the Cold War, a disgraced FBI agent leads a group of Chicago mobsters on a mission to kill Castro. If Howard’s on board, I’m on board!

1987 was a long time ago! The Bad Boys are back, so why not Murtagh and Riggs? Mel Gibson is now 64 and Danny Glover is 73. If Will Smith and Martin Lawrence were contemplating retirement, the Lethal Weapon duo must be investigating nursing home thefts by now, as residents. Still, the producer says it’s going to happen and it will be the last one. They always say that until it makes lots of money. Good luck!

Did you like Season One of The True Detective?

Maybe lightning will strike again. Matthew McConnaughey will reunite with the creator of The True Detective in a new FX drama of the book The Churchgoer. A former youth pastor now works security in California. He befriends a female drifter, but she disappears the same night a co-worker is murdered. His search leads him to a megachurch where he confronts his past. This sounds like the kind of role where Matthew will shine.

Who is cuter? Bambie or Thumper?

Remake The Lion King with live action, make lots of money. Next, remake Bambi with live action and make even more money. Ditto with Pinocchio. Each is to have a fresh take, but I will be greatly surprised if either strays too far from the classics. Disney released Bambi in 1942 and Pinocchio even earlier, in 1940. No date is yet set for production, but guess late 2022 or mid-2023.

With Anne Hathaway, Ben Affleck, Rosie Perez, and Willem Dafoe, can we expect great things on February 21st? How does a reporter become an arms dealer? Check out The Last Thing He Wanted next week on Netflix. Set in 1984, Elena McMahon becomes involved in the Iran Contra affair. Previewed at The Sundance Festival, the fifteen critics so far sit at a 7% Rotten Tomatoes rating. Incoherent, incomprehensible and nonsensical are the adjectives thrown around. Can it really be that bad?

Why does the stock market take a hit when a pandemic occurs? Last year the North American movie market was down 4% at $11.4 billion but the worldwide gross topped an all-time high at $42.5 billion. China was up at $9.2 billion. Now, imagine coronavirus hits China and shuts down nearly all of its theaters. That is 70,000 screens. Over the Lunar New Year weekend, this year cinemas grossed $2 million; last year, same time period, $507 million. Multiply that beyond the film industry and it is easy to see why investments take a hit. Doctors, don’t fail us now!