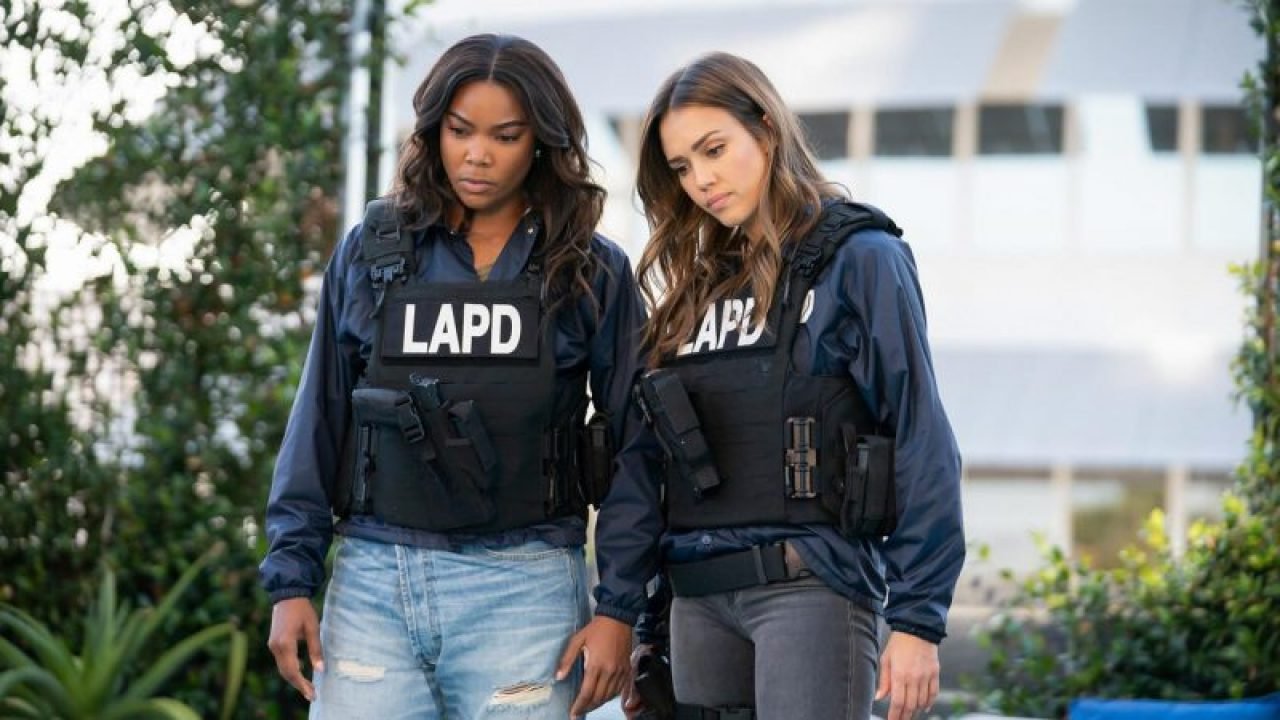 When they brought the script of L.A.’s Finest to Jerry Bruckheimer, he said “add more crashes and explosions.” In truth, I have no idea, but a spin-off of Bad Boys must have lots of both. So, why didn’t they just call this Bad Girls? Sure, others have used that moniker, but that never stopped anyone before. In any case, L.A.’s Finest is no Cagney and Lacey through no fault of the leads. In fairness, neither have the charisma of Will Smith, nor the comedic chops of Martin Lawrence. Most of all, they don’t have the scriptwriters of Bad Boys.

For a show with 13 episodes in each season, L.A.’s Finest seems remarkably disjointed. Originally made as premium content for Spectrum, it has the look of ordinary content for ABC. Just how did they get it so wrong? The background of the two stars seems totally implausible. The Bens, partners in the homicide division alongside Syd and McKenna, are to provide comic relief. Let’s say, at that, they are not L.A.’s Finest. Despite a successful launch platform, the series fails to ignite. I give L.A.’s Finest 3.0 Gavels and it receives a 24% Rotten Tomatoes rating with a 5.9/10 IMDb score.

Gabriel Knox, drug kingpin, takes revenge. Take his money and he takes your kid. Take his drugs and he takes your life. Syd, former DEA undercover agent, tortured, shot and left for dead in Miami, knows Knox all too well. Now partnered with McKenna in L.A. Homicide, they cross his path again. You don’t play “good cop” if you want to catch Knox.

Gabrielle Union, so convincing in Breaking In protecting her children, seems less convincing protecting the citizens of L.A. Others have made the transition from romantic comedies to action-hero. If Jessica Alba intends to do so, she needs to get her mean on. I can buy her as a “good cop,” but as a “bad cop,” not so much. Still, better writing makes better actors.

Did you view the trailer? What’s up with that? In an attempt to prove that L.A.’s Finest is just not some sexy girls in lingerie, they put them in lingerie. The publicity stunt just comes off wrong.

“This particular show seems ill-suited to its format: Meant to live on an on-demand platform, this drama seems oddly unlikely to have been specifically demanded by anyone at all.” Variety Now that is harsh!

“L.A.’s Finest isn’t awful, but I probably won’t be watching any more of it.” Hollywood Reporter

That pretty well sums up my feelings. There are too many better viewing opportunities out there, even on host Netflix.