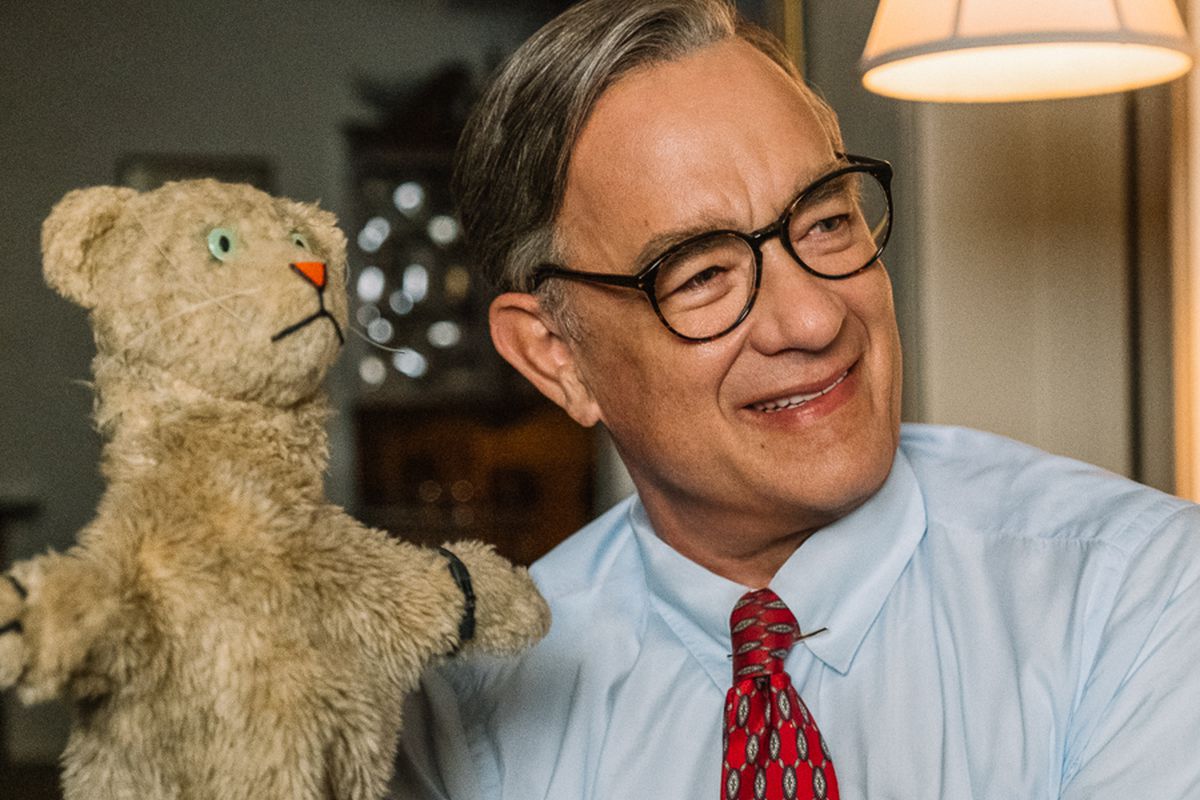 The most poignant line you will hear in a 2019 movie is Andrea Vogel saying to her angry journalist husband, “Please don’t ruin my childhood!” Such is the fondness with which we remember Fred Rogers, the gold standard in children’s television for 33 years. Is it possible to top the wonderful documentary Won’t You Be My Neighbor? (2018)? A Beautiful Day In The Neighborhood starts with Tom Hanks. But, the wondrous thing about movies is that you don’t always get what you expect.

If you want a movie about Fred Rogers, check out the aforementioned documentary. This film is much more about Lloyd Vogel than Mr. Rogers. Yet, it shows us who he was and why he is so beloved. If you were in his sphere, no one else mattered. Of course, the words “inspired by” raise their ugly head and we find that much of the Lloyd Vogel character didn’t happen (History v Hollywood). I give this movie 4 gavels and it receives a 96% Rotten Tomatoes rating with a 94% Audience Score.

Lloyd is a hard-hitting, investigative journalist who “doesn’t do puff pieces.” Still his editor assigns him to write an article about the “world’s nicest man.” Fred Rogers turns the tables and interviews the interviewer. Upon learning that Lloyd is alienated from his father, Fred puts his skills to work, to the consternation of Lloyd. But, are the lessons we teach to children applicable to adults?

Tom Hanks believes he is a sixth cousin to Fred Rogers. His performance lends credence to that claim. It is a shame that his screen time is limited. If you like Matthew Rhys and his award-winning performances in The Americans, he is even better here. Having never seen This Is Us, Susan Kelechi Watson never touched my radar. As Lloyd’s suffering wife, she is terrific. Chris Cooper, Lloyd’s father, is another of those fine actors who you never see enough.

The trailer shows part of a true scene where Fred is serenaded on a subway. If you can watch the extended scene without a tear in your eye, you are one jaded person. In an attempt to be realistic, parts of the film appear to be shot with cameras and film dated in the 1970’s. Those parts are blurry, and downright annoying. I wonder if A Beautiful Day In The Neighborhood will exceed expectations. Made at a cost of $25 million, it expects to gross $15 million this weekend. Notably, competing against Frozen 2, our Friday night showing was packed.

The strength of this movie, i.e., it is different from most biopics is also its weakness. Most will want to know more about Fred Rogers. We do find out he was just a man, with most of the same foibles as the rest of us, but he was also a heck of a lot nicer!