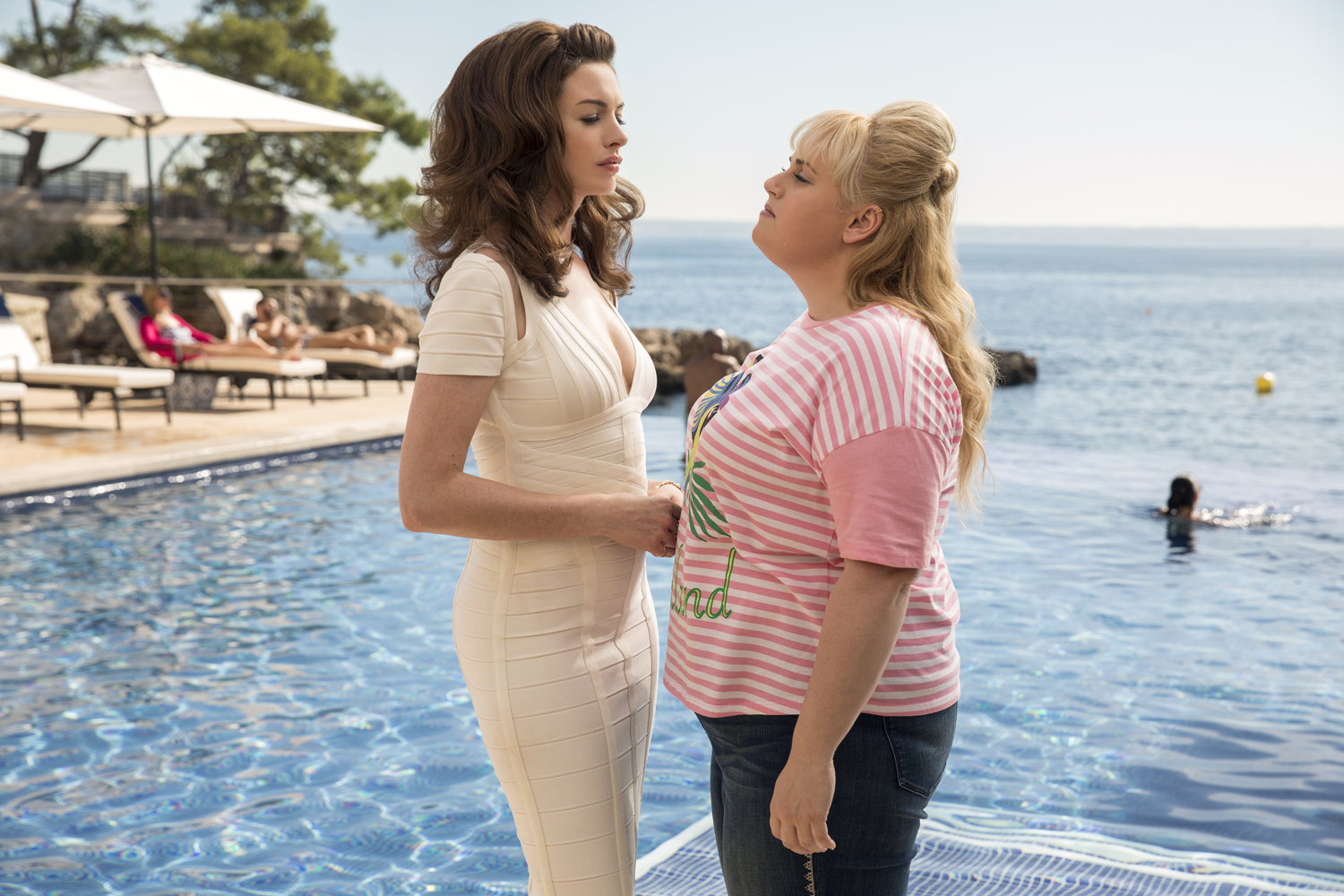 One might argue that recent role reversal movies like Oceans 8 and What Men Want are re-imaginings, with uneven results. The Hustle makes no such pretense. It is out and out theft of Dirty Rotten Scoundrels. The only con is the taking of our money. With nothing new to add, the film is as predictable as Rebel Wilson’s attempts to get “body” laughs. As Melissa McCarthy finally figured out in Can You Ever Forgive Me, Rebel needs a new shtick. I give this movie 1 Gavel and it receives a 19% Rotten Tomatoes rating with a 44% Audience score.

Lonnie, a small-time con artist invaded Josephine’s territory in the South of France. Run out of town, Lonnie returns to blackmail Josephine into teaching her the finer arts of the big con. Another double-cross causes the two to compete to see who can get $500,000 from a young tech billionaire. The bet is on!

Rebel Wilson is Lonnie, a long way from the lovable Fat Amy seen in Pitch Perfect. One might say the same thing about Anne Hathaway as Josephine. She’s not the same woman so watchable in The Devil Wears Prada. What is she doing in this mess? Alex Sharp, as our “innocent” mark is, by far, the best of the lot, largely because the bar is so low.

Anne Hathaway tries three accents, British, French, and German. Each needs some work. The critic for the Deseret News says “The Hustle is yet another example that Hollywood has run completely out of ideas.” Of course, Rebel Wilson is a co-producer, so she can waste her money if she wants. Really, this flick should not be around long. It should be hustled quickly to one of the streaming services. I am not being con-trary; The Hustle is slow, really slow.