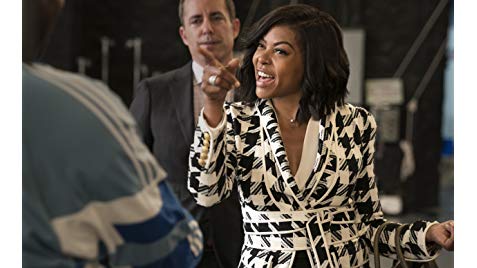 In the unkindest cut of all, the critic for The Washington Post says What Men Want makes “a perfectly fine airplane movie.” I would add “especially if you have trouble sleeping on an airplane.” Take the role of Mel Gibson in the 2000 What Women Want and flip-flop it. Despite the best effort of Taraji P. Henson, this one mostly flops. It is just too easy to conclude that What Men Want is “Don’t make me see this movie!” I give this movie 2.0 Gavels; it has a 46% Rotten Tomatoes rating and a 48% Audience score.

Ali is a female sports agent in a man’s world. She represents some of the finest female athletes in the world but has yet to break into the NFL, NBA, or MLB. She is denied a partnership because her boss suggests she “fails to connect with men.” Determined to sign the number one pick of the NBA draft, she will do whatever it takes, even fake a family. After a visit to a psychic and a knock on the head, she can read men’s minds. That will give her a leg up. Or will it?

Since Mel Gibson and Helen Hunt made $374 million on a $70 million budget, it seems smart for Taraji P. Henson (Ali) to jump at this one. Bad choice. The writing is just terrible, alternating between raunchy, nonsensical and predictable. Tracy Morgan‘s character, as the father of the future NBA star, is banal. Aldis Hodge, as Ali’s boyfriend, is mere eye-candy. Remember Brian Bosworth (here as Ali’s boss), unsuccessful in the NFL. There is a reason he hasn’t been in a movie in five years!

Through the sheer force of Taraji’s good name and the original, this movie made $40 million on a $20 million budget, so far. Expect it on an airplane near you, real soon. It helps to sell a movie if you put people in it who are nice, engaging, relatable. Sadly, there are far too few of them in What Men Want. Overall, this is just a great idea gone terribly wrong. To quote another critic, this time from the New York Post, “instead of smarts, we get farts.” Ouch!