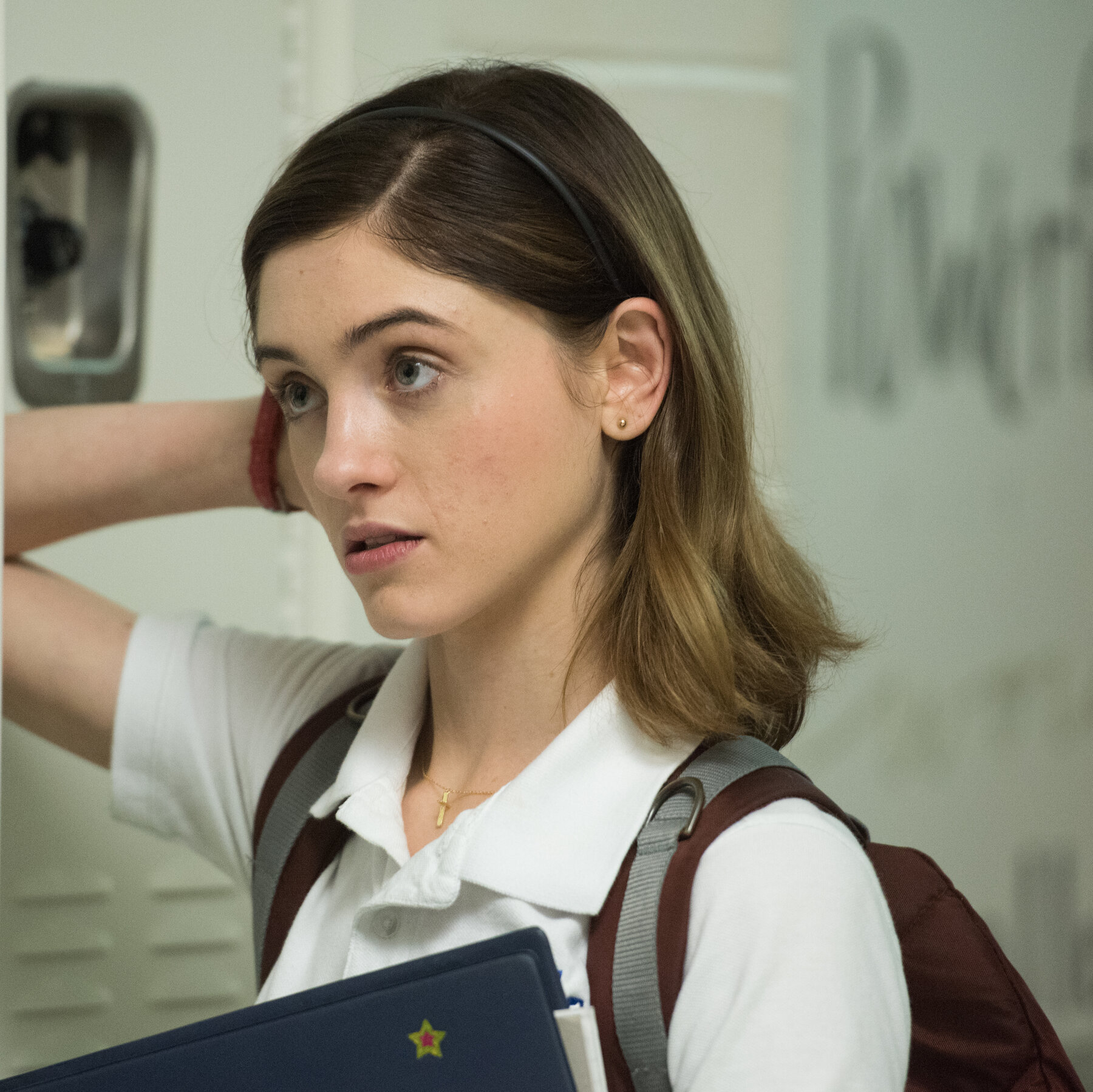 If Netflix’ Cuties is a magnet for pedophiles, will Amazon’s Yes, God, Yes attract those with a Catholic schoolgirl fetish? After promising this will not be Documentary Week, it turns out that the rest will be You Can’t Always Trust Rotten Tomatoes Week. Looking for something funny, short, (78 minutes) and well received (94% Rotten Tomatoes), I chance upon Yes, God, Yes. Set in the Fall of 2000, in the era of dial-up and AOL, Rotten Tomatoes describes it as a “Catholic girl having tempting thoughts after a chat turns unexpectedly racy.” It turns out this girl is 15.

Father Murphy tell his sexuality class that boys are like microwave ovens while girls are more like conventional ovens. Alice likes to watch the sex scenes in Titanic, over and over, even though she is sure that she will go to Hell. A false rumor at school causes her reputation to be shot so she agrees to attend the Kirkos (read that Kairos) retreat. Alice immediately feels an attraction to the hairy-armed star quarterback, Chris. Many more Hail Marys and Our Fathers will be pronounced!

Interestingly, Natalia Dyer received a nomination from Young Artist Awards in 2017 for Best Performance by a Teen Actress when she was 22. Since this is a 2019 film, she makes an amazingly awkward Alice trying to “figure it all out.” Timothy Simons (The Hustle) appears as the not-quite-so-holy Father Murphy. Best friend Laura, played by Francesca Reale also of Stranger Things, does little to ameliorate Alice’s feelings of guilt.

For those who think I miss the point of religious hypocrisy, I think that Yes, God, Yes could make the same point in a film more suitable for teens. Not all agree with me as America Magazine thinks the satire “perfectly captures teenagers’ mix of sexual naïvete and yearning, their simultaneous fascination with sex as a concept and childish revulsion at the particulars.” But, do the particulars need to be so graphic in a film for young adults? That reviewer thought Yes, God, Yes did not deserve an R-rating.

Expectedly, The New York Times also thinks the film should be expanded to a wider audience. “Burdened by a silly R rating that may deter the very youngsters who are likely to enjoy it most, Yes, God, Yes fights back with an appealing lead and an overwhelmingly innocent tone.” I yearn for a simpler time when “tossing the salad” has a completely different meaning to a 15 year old than the one on this screen.