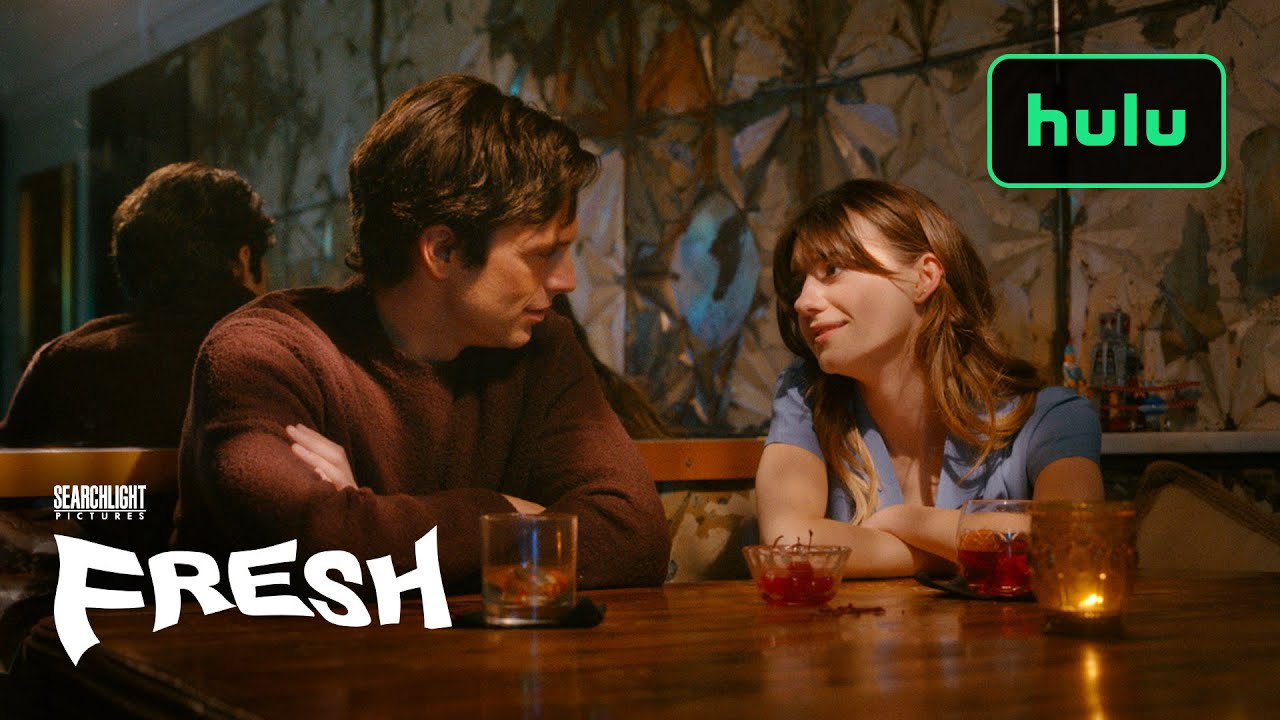 Welcome back, Tuesday Morning Tea, if only for a brief cameo. Today is a Tale of Two TV Shows. It wasn’t the best of times, and it may be the worst of times. We’ll start with the worst. Always on the lookout for quality programming, I happen upon an innocuous title of Fresh, a movie on Hulu. Noting it has an 81% Rotten Tomatoes rating and a solid 6.7/10 IMDB score, why not check it out? Sebastian Stan (Winter Soldier) is in the film, so that’s promising. Next, the description says “The horrors of modern dating are seen through the eyes of a young woman who is battling to survive her new boyfriend’s unusual appetites.” The word “horrors” sets of warning bells.

Let’s check out what Wikipedia has to say about Fresh. Noa has no success at online dating. She meets Steve (AKA Brendan) at a supermarket, and after a couple of dates, agrees to go on a trip with him. She wakes up drugged to find that he harvests and sell female body parts. Bad enough, but here are quotes. “Steve allows Noa to take a shower, but she uses it to try and escape, prompting Steve to surgically remove her buttocks as punishment.” “Following dinner, Noa persuades Brendan to have sex with her, where she pretends to perform fellatio on him and instead bites off his testicles.”

Seriously, who would watch this stuff and who are the crazy critics who liked it? Actually, the Fresh rating on Rotten Tomatoes includes 149 critics so 81% sat through it, gore and all. “Call it Fifty Shades of Grey with Tabasco sauce.” Rex Reed – Observer. I’ve not seen it and don’t intend to. But, the critics have spoken.

Next, on Starz I found Power Book IV: Force with a terrific 8.3/10 IMDb score. I learn it is the third spin-off to Power. If this is the third spin-off, why am I not familiar with the original? Back in 2014, being otherwise preoccupied, I miss the six year run of “one of Starz’s most highly rated shows and one of cable’s most watched shows.” Power also garners an 81% Rotten Tomatoes rating and a very fine 8.2/10 IMDb score. So, why not check out the original? I lasted two episodes.

Slickly produced, let me first point out that Power uses every warning that the rating industry has except maybe smoking. Best friends and partners James “Ghost” St. Patrick and Tommy Egan are the biggest drug dealers in NYC. To launder their money, they own laundromats (seriously?) and a nightclub, Truth. In the first two episodes, someone is trying to invade their turf and, like Fresh, body parts get distributed. At his nightclub, Ghost sees his old high school girlfriend, Angela Valdez, after an eighteen year separation. She now is an Assistant US Attorney in the task force to uncover the sole distributor of drugs for Felipe Lobos (seriously?). So, of course, they immediately begin a relationship. I don’t buy the premise, so elsewhere I go.

For those of you who get Starz for Outlander, this might be of interest to you. As for me, I’ll forego the third spin-off, too.