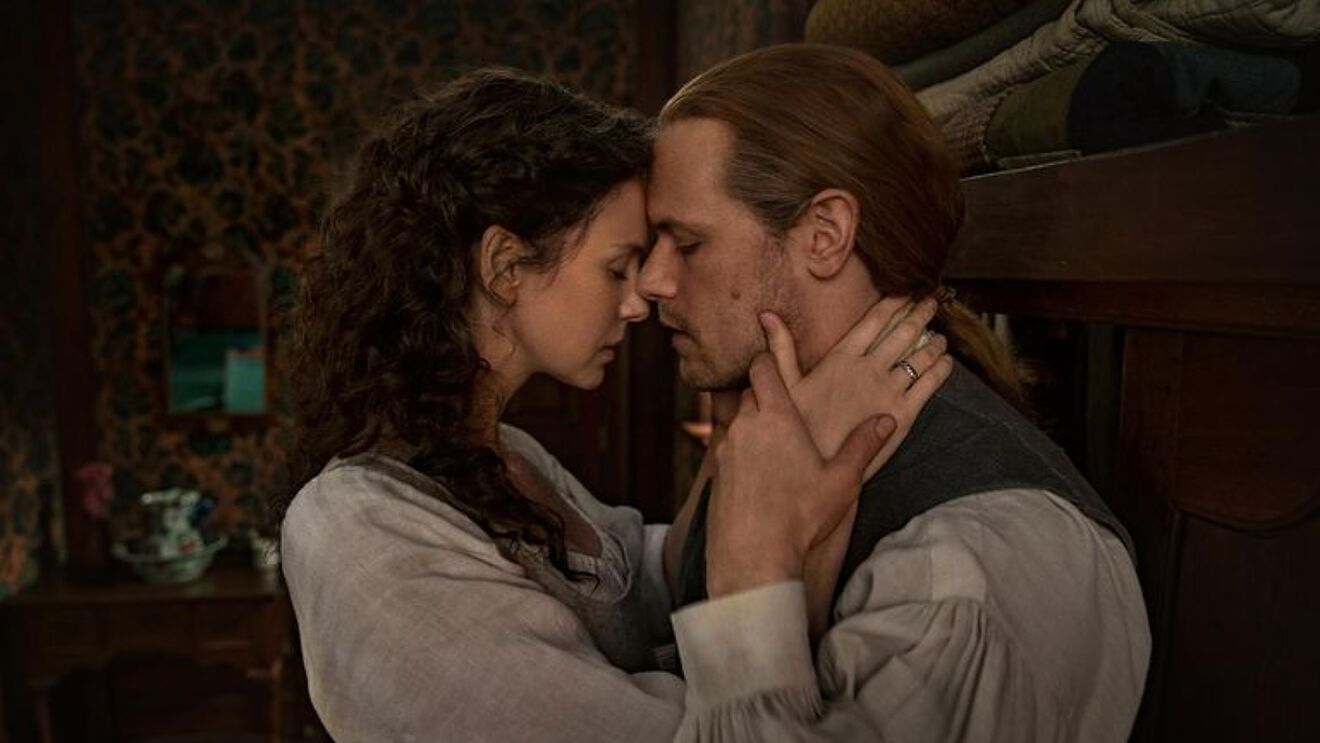 Old enemies and new continue to haunt the Frasers as Outlander 6 begins on Starz on Sundays through April 24th. When last we left Claire Fraser, she’d been abducted and raped by Lionel Brown and his men. Rescued by Jamie, he ordered his crew to kill them all, then delivered Lionel’s body to his brother, Richard, yielding the ominous line “you did what you must. . and so will I, when the time comes.” It’s no surprise that Jamie now shadows Claire, determined to protect her at all cost. Richard Brown and his Committee of Safety are not the type folks you invite to your Sunday hog roast.

Even more portentous, Outlander 6 takes us back to Ardsmuir Prison in 1753. “Memory must be the devil.” For all the evil that took place there, still Jamie invites his fellow inmates to settle at Fraser’s Ridge. As an unintended consequence, the strict Protestant and foe, Tom Christie, arrives seeking favor from Jamie. Despite an immediate need of shelter, Christie expresses displeasure over the lack of a church and school. More friction is on the horizon as Jamie glares, “Here, my word is law.” Christie menacingly responds, “God’s word is law.”

With that, off we go into Outlander 6, already two whippings under our belts, so to speak. The Frasers live like a king in the magnificent house in the impressive Blue Ridge mountains. It’s difficult to rate a show after one episode but the love and conflict of previous years are simmering, ready to boil over into a show almost as beloved as Game of Thrones. War is coming and everyone knows it. Are you a Loyalist or a Patriot? The setup for Season 6 only gets 4.0 Gavels but expect that to rise. Outlander 6 gets an early 8.6/10 IMDb score, an indication that the fans are pleased.

In 1773 North Carolina, Claire figures out a way to re-create ether, yet another reason for the uneducated to think the healer is a witch. After refusing to fight anymore for Governor Tryon, new Governor Martin asks Jamie to be the Indian agent, the Crown’s representative to the Cherokee. Unwilling to be under the thumb of the British, Jamie refuses, even under the threat of raised taxes. Christie’s son, Allan, steals a powder horn, and Richard Brown demands justice. Fergus embarrasses a pregnant Marsali with his drunkenness. Most damning, Tom Christie thinks a wee dram is the “devil’s juice.” In other words, the war may be several years off, but the battles continue.

In Outlander 5, you’ll find notations of the main Fraser actors. With the reference to Indians, expect young Ian Murray to be a big part of Outlander 6. Played by John Bell (below), his time with the Mohawk will put him in the crosshairs of Richard Brown. Chris Larkin portrays the latter, not much of an improvement on his dear departed brother in hell, Lionel. Mark Lewis Jones (Munich: The Edge of War) acts as the zealot, Tom Christie. All indications are Jamie will regret allowing him to settle at Fraser’s Ridge.

“Lay down that weapon and take up the shield of faith.” So says Tom Christie, unhappy that Jamie assumed his role of leader at Ardsmuir prison and still bitter at Fraser’s Ridge. Be on the lookout for historical re-enactments in Outlander 6. Prior seasons indicate they will soon appear here. Besides the eight episodes this year, reportedly next season contains sixteen.

“Outlander gives us a gentle, suspenseful ‘calm before the storm’ opener for Season 6, though to know the show is to know there’s always a storm coming.” IGN Movies

“While I don’t think we needed a supersized version showing how pain and suffering have permeated the ridge again, it was so wonderful to reconnect with the Fraser family again.” TV Fanatic

Ramping up is a good way to describe the first episode. No doubt in my mind that the coming storm will be a big one.