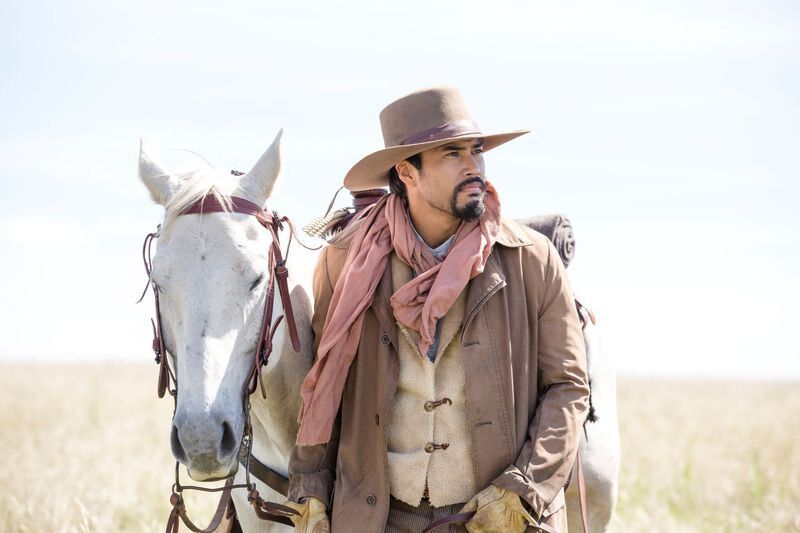 Clearly influenced by the hit 1883, I jumped onto Netflix’ Montford: The Chickasaw Rancher. If you weren’t born and raised in Oklahoma, you’ve likely never heard of Montford T. Johnson. His mother, a Chickasaw, died shortly after his birth. His father, English, abandoned Montford and his sister, not to be seen again for thirty years. Despite his upbringing in Indian Territory, Montford eventually forms ranches that control 35,000 cattle spread over 1.3 million acres. Moreover, he assists establishing eight different towns in Oklahoma while his son, E.B, is a key figure forming Norman, Oklahoma and the University of Oklahoma. Not a bad resume for someone nearly lost in history.

At the beginning of the Civil War, the Chickasaw side mostly with the South. Why? The North broke every treaty signed with the Indians. The Union soldiers took their cattle and horses, killed their buffalo, leaving the Indians to starve. To protect what little remained, the Chickasaw would release cattle to the hills to escape the marauding armies. By the end of the war, Montford understands that hundreds of unbranded cows roam those hills. First, he has to corral them. Then, he needs to avoid cattle rustlers and unscrupulous whites. Life is not easy in 1860’s Oklahoma. I give Montford 3.0 Gavels and it receives a 6.6/10 IMDb score.

Sgt. Richter has a new commander at Fort Sill, but nothing will change his opinion of the Indian. They killed his parents and left him for dead. He conspires with Holden to intercept Montford’s cattle drive to Abilene. He only has two conditions. Richter wants 10% and wants Montford dead. Holden makes a big mistake. He gives Montford a warning. “I’m coming for your scalp, your cows, and your family.” Outnumbered and outgunned, Montford has a decision to make.

Born in Alaska, you just saw Martin Sensmeier as Sam in 1883, flirting with Elsa. Lucky him, he also flirts with Monica in Yellowstone. Sadly, his leading man chops as Montford need some work. Dermot Mulroney (Hanna) is the name actor as Boggy Johnson, Montford’s father. A U.S. Senator apparently owes him big favors but the writers, for some inexplicable reason, leave us in the dark.

Montford is great on history, not-so-great on production and dialogue. You really notice the difference compared to 1883.

“Some streaming streaming service, maybe even this one, should take on the whole Montford Johnson family saga. It’s a stirring piece of history, full of drama, conflict, racism and rising above it that hasn’t been given the attention it deserves.” Movie Nation

“His ranching practices, such as burning fields to control growth and reduce diseases spread by ticks, along with barbed wire fencing, are still used today.” OKC Friday

“He that seeketh mischief, it shall come on to him.” Montford is also a man of faith. To overcome, he needs every ounce of it.