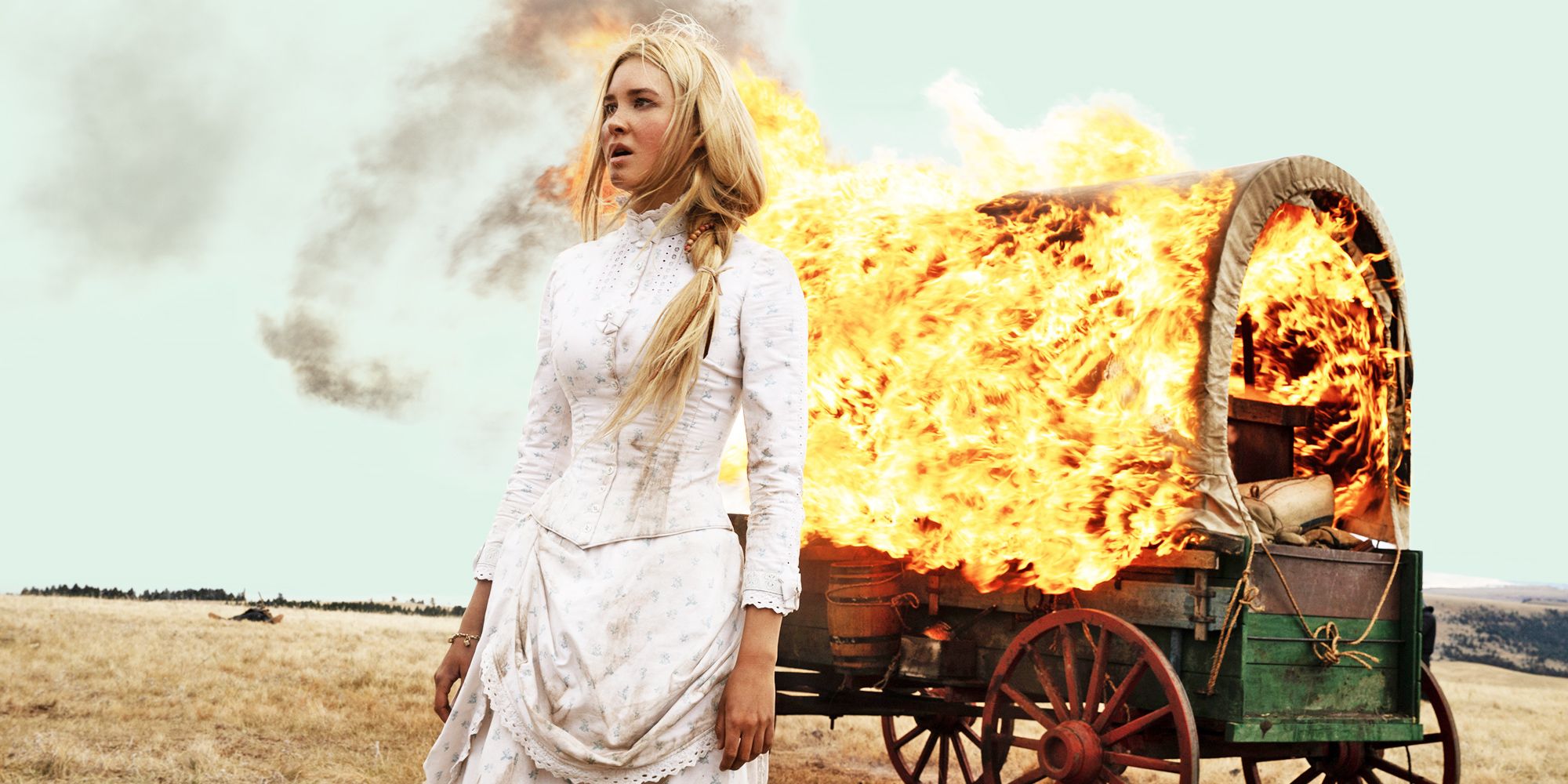 Never one to miss a chance to remind you of the dangers of the Wild West, Taylor Sheridan strikes again in 1883. I’ve expounded on the quality of Yellowstone; now, see its prequel on Paramount+. By the end of the Civil War, Capt. James Dutton spent three years in the Union prison. Eighteen years later, it is his dream, or some say ‘nightmare,’ to find his promised land in the Oregon territory. Leaving Fort Worth with his wife (Margaret), seventeen year old daughter (Elsa), and five year old son (John), they are about to enter the American Desert aka The Great Plains. “It is hell and there are demons everywhere.”

When many writers obtain fame, they script the first episode and pass on the the rest to their minions. Not so for Sheridan in 1883. This is his baby and it shows. James Dutton is the great-grandfather of John Dutton, now patriarch of Yellowstone. Who better to help guide James than Sam Elliott (Shea Brennan), Mr. Marlboro Man, himself? Then, add cameos by Tom Hanks and Billy Bob Thornton, and 1883 is off to a rousing start. The latter, as Sheriff Jim Courtwright, proudly proclaims “there’s only on killer in Fort Worth and that’s me!” Don’t get too attached to any of the characters. Young, innocent Elsa “only sees the freedom Texas and beyond promises, nothing of the horrors in the shadows.” Trust me, there are lots of horrors. 1883 gets 4.0 Gavels and it receives an 86% Rotten Tomatoes rating with an outstanding 9.2/10 IMDb score.

Raised in Tennessee, Elsa learned civilized rules. Now, on the edge of civilization, there are no rules. Burying his family due to smallpox, Shea contemplates death. Instead, he decides to assist German immigrants to Oregon to see the country one more time before it’s settled. James wants nothing to do with Shea and his companions until multiple attacks persuade him that his family can not make it alone. The immigrants have no guns, no horses, and none of the skills necessary for the journey. Several will die before they get five miles outside Fort Worth.

Tim McGraw and Faith Hill, famed musical couple, remain married as James and Margaret Dutton. Thus far, I’m sold on McGraw and less so on Hill. Then again, in the first two episodes, she’s given little to do except have a pained look on her face. After two episodes, the star and narrator is Elsa Dutton, played by Isabel May (Young Sheldon). Torn between two worlds, can she survive in both? Acted by LaMonica Garrett, Thomas is Shea’s right hand man. Here’s betting that he saves a life or two before this trip is over.

To test your queasiness, James rides into Fort Worth to find elixir, women, and scalps for sale. Smallpox, dysentery, rattlesnakes, bandits, and attempted rape will soon follow. Somehow, I’m certain we’ve barely scratched the imagination and reality of Sheridan’s mind. It’s April 1883 and “we need to move now or winter will kill us.” Note that I’ve not yet mentioned the opening scene which finds Elsa pierced by an arrow and guns blazing.

“1883 has the characters, the scope, and the vision to become an exciting new chapter of the Yellowstone franchise, as well as a rare example of a spin-off that never feels beholden to its source material.” Variety

“1883 has that purplish, macho Taylor Sheridan dialogue that’s harsh and aphoristic at the same time. No one else writes dialogue like him.” TV Guide

The first month of Paramount+ is free so you can cancel if murder and mayhem in the Old West isn’t your cup of strong, scalding hot, black coffee. It is odd that Sheridan puts words into the mouth of Elsa, but I’m ready to follow Elliott to the ends of the earth.