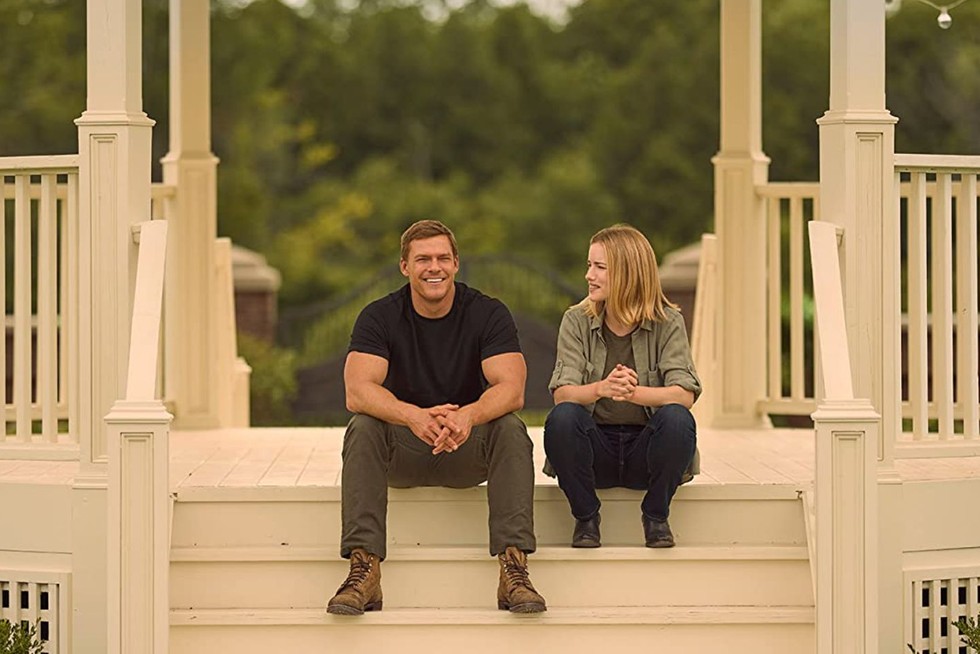 Get outta’ here Tom Cruise, Jack Reacher arrived Friday on Amazon Prime. If you want to compete with the Olympics, you gotta’ bring your A game. And, like its namesake, Prime delivers. Over the years, I’ve enjoyed numerous Jack Reacher novels and the two movies, in 2012 and 2016. While I salute Mr. Cruise and his unmatched action movie star status, at 5’7″ and 170 pounds, he can’t be Reacher’s 6’5″ and 250 pounds. (See pictures below.) Finally, we have an actor who matches the character. Based upon Lee Child’s award-winning 1997 debut novel, Killing Floor, the eight part series introduces Reacher as Child intended.

Why do millions enjoy Jack Reacher? He is such a unique character, former military police, and lived in most parts of the world. Now he is a hobo, off the grid, with the observation skills of Sherlock Holmes. Yet, wherever he goes, despite his size, trouble seems to find him. And, when it does, there will be “justice, payback, or revenge, whatever you want to call it.” No longer a cop, he worries not about the Fourth Amendment. Like his predecessor, he takes on the mission impossible. Except, Reacher generally has much less help than Ethan Hunt. Done extremely well, written even better, most of you will get hooked on this one. Be prepared to binge. I give Reacher the second 4.5 Gavels rating of 2022 and it receives a very good 87% Rotten Tomatoes rating with an even better 8.9/10 IMDb score.

Dropped off the bus outside Margrave, Georgia, Reacher strolls to a local diner for coffee and some peach pie. Within minutes, guns to his head, he gets arrested for murder. Harvard-educated Det. Oscar Finley is suspicious why a man with this decorated background shows up in this backwater town. Dep. Roscoe Conklin knows he certainly doesn’t belong in jail. Suddenly, a weaselly banker confesses to the murder although none of his “facts” match the murder scene. But, why did the dead man have the banker’s phone number? The identity of the dead man sucks Reacher deeper and deeper into the muck surrounding Margrave.

Although working steadily since 2004, Alan Ritchson somehow escaped my radar until now. I note that he did play Aquaman on TV, so he and Jason Momoa can now have a best six-pack contest. In any case, he is a perfect Jack Reacher. Seen in The Goldfinch, Willa Fitzgerald is the sidekick/love interest as Dep. Conklin. Do not underestimate Roscoe! Another actor with a long work history whose fame is about to explode is Malcolm Goodwin as Det Finley. Why is this former Boston detective in Margrave?

This is a feisty bunch, up against a formidable foe. When her home is invaded’ Reacher tries to console Roscoe. She replies, “I’m not scared, I’m pissed.” After the town’s benefactor warns him to take his investigation in a different direction, Det. Finley responds, “you are not my daddy. Horatio Finley is my daddy.” Who can you trust in Margrave?

“Like Reacher, Ritchson also feels strikingly new to the area, but you cant stop noticing him. It doesn’t get old to watch his brain compute, and see his fists respond.” RogerEbert.com

“The television equivalent of an airport novel. It’s not going to challenge your expectations, but it will fulfill them in a mostly satisfying way.” AV Club

“Pour yourself a black coffee, sit back and enjoy.” Guardian

I’m ready for Season Two. Do I have wait a whole year? Darn!