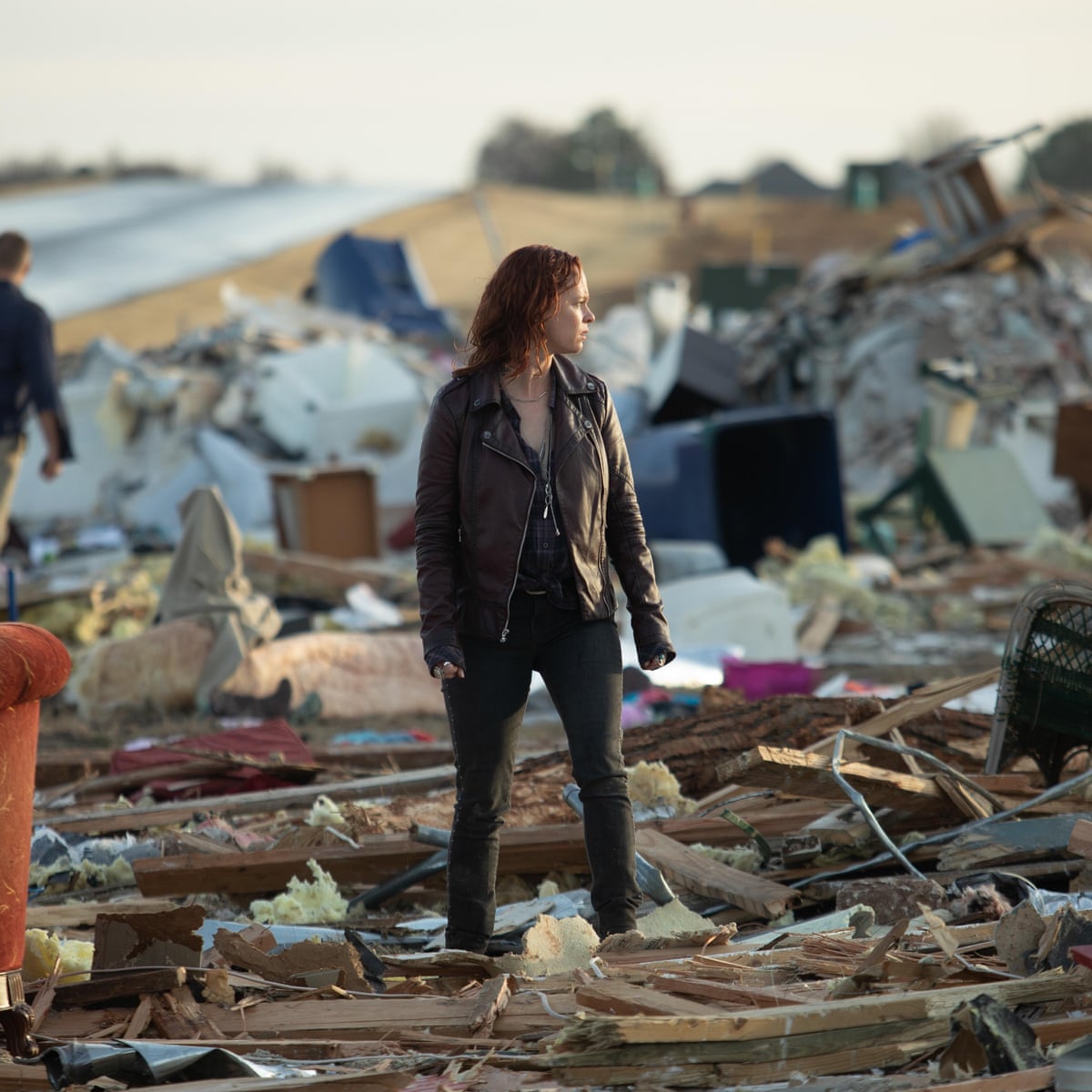 In the category of “Whatever Was He Thinking” falls 13 Minutes. Thankfully, October is over, movie-wise. Venom 2, No Time To Die, The Last Duel, and Dune were solid offerings by the major studios, Last Night in Soho less so. Note that is only one per week. Determined to stretch my movie dollar a tad further, why not try a disaster movie? A total of three people endured 108 minutes of 13 Minutes. The trailer advises the viewer that the average time one has to seek shelter from a tornado is 13 Minutes. Oddly, the film mentions no such figure, especially since it’s titled 13 Minutes. In any case, off we go to the fictional Minninnewah, Oklahoma, a town of some 15,000 folks in equally fictional Ethel County. The ten minutes of storm and the aftermath of destruction are darn impressive. The plot is an absolute, dare I say, disaster.

Top billing goes to Trace Adkins, a down-on-his-luck farmer. He moves ahead of Vin Diesel as the worst actor in Hollywood which gives you some idea of the quality of 13 Minutes. Even worse is the writing. Apparently, to get a movie made in Hollywood, you must address one of the issues of the day. 13 Minutes does that and more. The viewer gets teen pregnancy, undocumented workers, and a man struggling to “come out.” Besides noting the “bigotry and intolerance” of these Midwesterners, none of those advanced the story one bit. The film dedicates itself to those who suffer through extreme weather. I dedicate this review to those who suffer through this flick. I give the film .5 Gavels and it receives a 20% Rotten Tomatoes rating. It does receive a 7.3/10 IMDb score on just 23 votes but I assume that is just the cast and crew.

Ana, a hotel maid, fiancee to undocumented worker Carlos, saved enough money to close on a house. Single mom Jess learns that her eighteen year old daughter, Maddy, is pregnant to a married man. Kim, mom to a deaf child, Peyton, is the head of the county Emergency Management. Her husband, Brad, is the local TV weatherman. Rick and Tammy operate a farm with son, Luke, their heads barely above water. Tammy also runs the nearby family planning agency. Each has their own problem. All will be set aside to survive.

Paz Vega (Rambo: Last Blood), as Ana, seems to be the only actor who takes the film seriously. Anne Heche (Best of Enemies), is a shadow of her former self playing Tammy. Trust me, no one would ever put Amy Smart (Kim) as depicted here in charge of Emergency Management. For that matter, Peter Facinelli may be the worst TV weatherman ever.

The buildup to the tornado shows disparate characters living their lives. We watch them, but never engage with them. They never really connect with one another, even in the search for survivors. In disaster movies, survivors work together. In 13 Minutes, they might briefly interact, but then it’s everyone for himself.

“The results are quite dismal; a frontloaded plot introducing characters for roughly 30 minutes and an emotionally lifeless 40-minute aftermath of the catastrophic tornado.” Flickering Myth

“There isn’t any payoff to 13 Minutes, in terms of either spectacle or drama.” Mark Reviews Movies