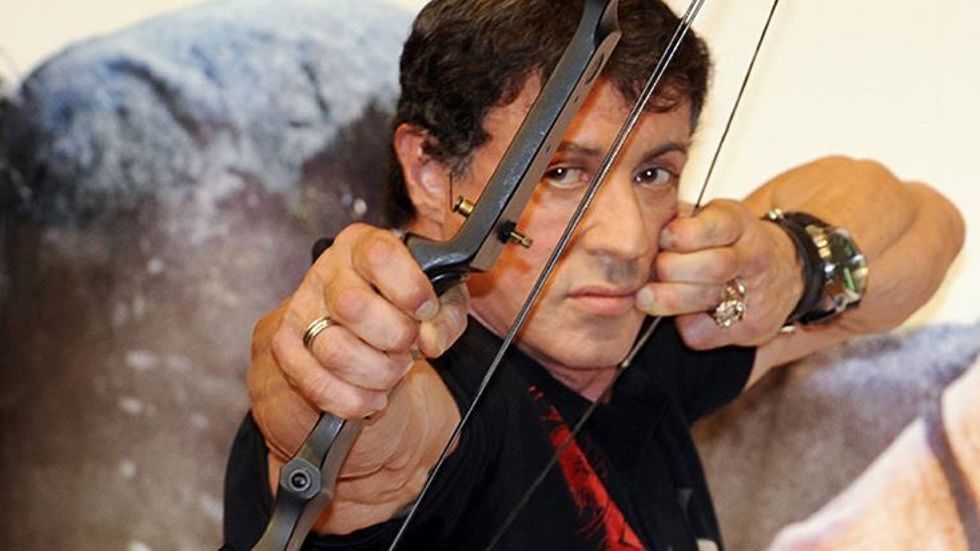 Was the Rambo of the 80’s this brutal, or have we just regressed this far? It is hard to imagine a movie more vicious than Rambo: Last Blood. Expecting stilted dialogue, the moviegoer makes certain allowances. After all, we want the bad guys to get their just desserts. However, in this case revenge is not served merely cold, but frigid, not easy in the Arizona desert. The critics mark this film with their own brand of cruelty giving it a 28% Rotten Tomatoes rating while the Audience score is 85%. Too much the “slasher” movie for my taste, I give it 2.5 Gavels.

Gabriela calls John Rambo her uncle. But, before she can go to college, she must confront her father in Mexico who abandoned her ten years earlier. Warned not to go, she defies her grandmother and is kidnapped. Rambo knows the cartel awaits him. Will he be in time? Like Bryan Mills in Taken, he has a “very particular set of skills.” Will they be enough?

Sylvester Enzio Stallone is the iconic Rambo. Like Rocky, one cannot duplicate his character. As a co-writer, he must blame himself for the script. Paz Vega, as Carmen, is a reporter investigating the cartel. Her part is much too small. The best actor on the screen is Yvette Monreal, as Gabriela.

Unless it costs a lot to dig tunnels, I’m not sure how Rambo: Last Blood warrants a $50 million budget. Many of the critics decry the stereotypical Mexican characters, i.e., murderers and rapists. Others complain about the lack of soul. Rambo is that conflicted warrior, wanting to be left alone, but events won’t let him be. Is this the last fight for Rambo? He still has his audience. My advice? If he intends to give this soldier another battle, spend some of that money on writers. These have drained all the blood out of poor John.