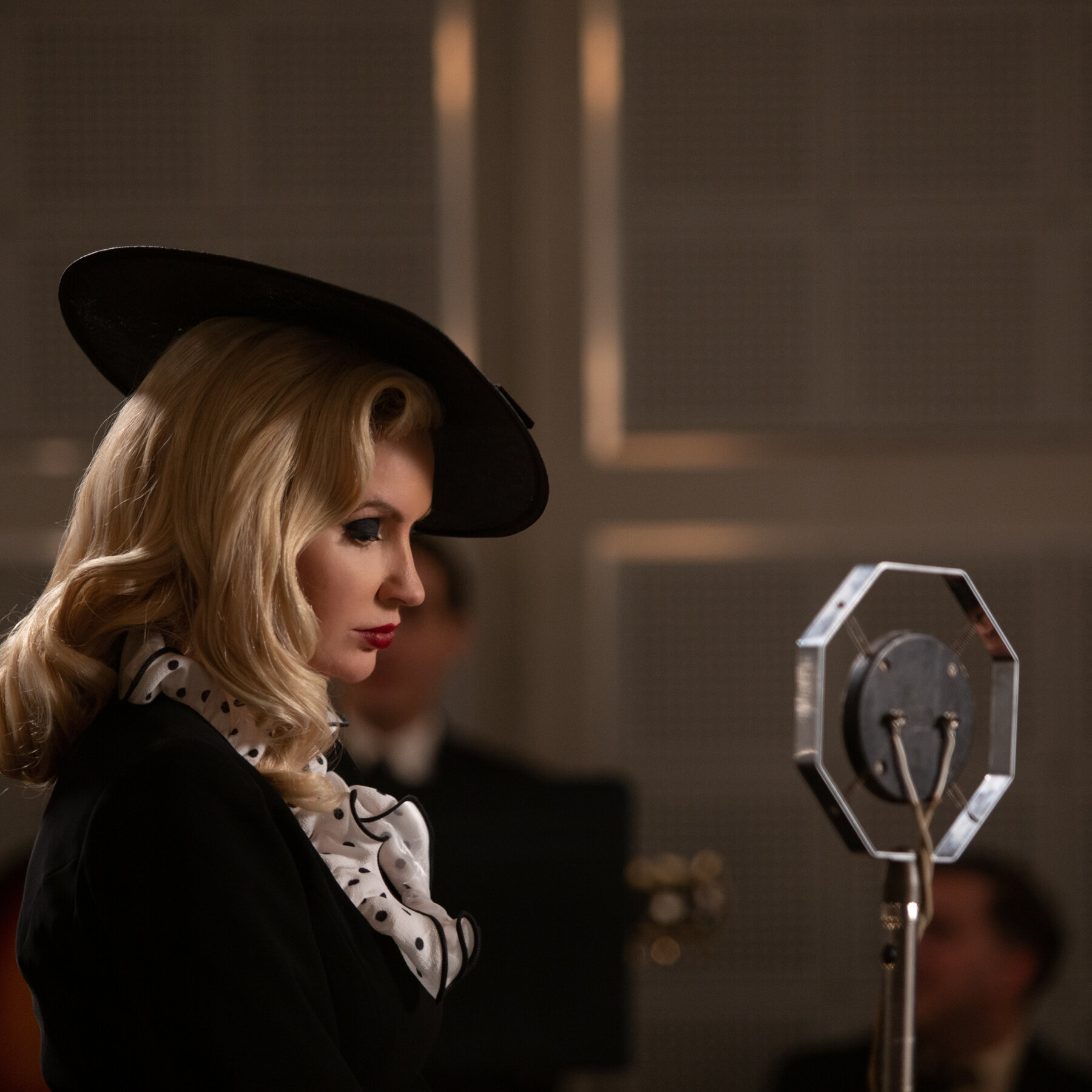 Was her lawyer compromised in American Traitor: The Trial of Axis Sally? Is this such an unsavory case that little can be found to substantiate claims of bribery, rape, and coercion? How much is true and how much is Hollywood? In the film, Mildred Gillars aka Axis Sally, aka Bitch of Berlin, claims Reich Minister of Propaganda Joseph Goebbels took her passport. I found an article where she blamed the U.S. Embassy for taking her passport in 1941. In any case, no one disputes she signed an oath of allegiance to the Nazi regime. Was it to advance her career or to stay alive?

Easily deserving of its 14% Rotten Tomatoes rating, The Trial of Axis Sally has all the feel of a picture out of focus. Unable to find much on Axis Sally, I found even less on her attorney, James Laughlin. It’s quite the slander to suggest the government bribed him to lose her case, and subsequent cases. Is there any hard evidence of such a criminal act? If she was the “most hated woman in America,” why would they think a bribe was necessary? As for Laughlin, who hires a kid just out of law school, Billy Owen, to sit second chair in a death penalty case? If the credits are to be believed, that much is true. Likely, no respectable lawyer wanted to be within 20 miles of Axis Sally in 1948. I give The Trial of Axis Sally 3.0 Gavels and it receives a poor 5.5/10 IMDb score.

Moved to Ohio at age 16, Mildred Gillars later attends Ohio Wesleyan in 1918 to obtain a degree in Dramatic Arts. Unable to make her mark on stage, eventually she ends up in Dresden to study music. She teaches English in the Berlitz School of Language. A former mentor, now lover, finds her the perfect job at the Berlin RRG radio station. Goebbels hints that things might go bad if she fails to sign the oath. Propaganda takes a different turn after Pearl Harbor. But, with Goebbels, going off script is not an option.

One critic notes that Al Pacino (The Irishman) is “slumming” in The Trial of Axis Sally. At the very least, he is sleepwalking as James Laughlin. In truth, without his name, I doubt if I’d turned on this film. Pacino still does “rumpled” well. Did anyone bother to read the transcript of the trial? If you are an executive producer and you inherit most of an $800 million estate after five years of marriage, I guess you get to star as Axis Sally. Meadow Williams (Boss Level) is no stranger to Hollywood, but seems to be a stranger to her role. Then again, maybe no one will ever understand the full picture of the enigmatic Mildred Gillars.

Did Gillars really attempt to kill Goebbels? Offered a conditional release from custody in 1946, why did Gillars refuse to leave military detention? Was love, not of Max Koischwitz but of another, the primary motive for not leaving Germany in 1941? Was she abused by her stepfather? Mildred Gillars makes lots of claims, but is it just an act?

“Whatever Williams spent on the front-row seat she may or may not have bought herself here, we can only hope it was more worth it for her than it will be for anyone else.” IndieWire

“The film never deeply engages the issues of consent, culpability, and justice it asks us to consider.” RogerEbert.com

Certainly, Axis Sally is no Muhammad Ali, but think how good this might have been if Ken Burns was the researcher. As it is, Mildred Gillars remains a riddle wrapped in a mystery inside an enigma (apologies to Winston Churchill).