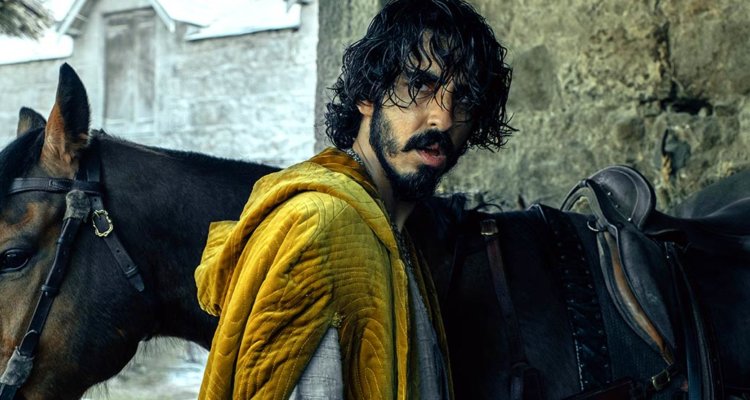 The Green Knight makes one yearn for the simpler days of Camelot. Adapted from the 14th century poem Sir Gawain and the Green Knight, it seems some English majors were forced to endure this tale. Next, the director puts his spin on the story with lots of ambiguities and allusions. So, if you have no idea what just happened, Vanity Fair provides the “Ending, Explained.” Don’t feel bad. Even that title is grossly misleading as the article goes on to try and explain the beginning, middle, and end. Maybe you folks like to work that hard at a movie, but not me. Bring back “If Ever I Would Leave You!”

And, this being the dark ages, The Green Knight gets the darkest hues. For all the talk of “lush film with some unusual pops of color,” the film may as well be in black and white. Given a slightly better critical rating than Stillwater (Rotten Tomatoes 90% t0 74%), it carried The Green Knight to second place in the weekend gross ($6.8 million to $5.1 million). Oddly, the Audience Score on Rotten Tomatoes sits at 52% while the IMDb score is a solid 7.6/10. I found the whole flick to be a muddled mess, even as I did my due diligence beforehand as I was forewarned of the Arthurian myths and legends. The Green Knight gets a black eye with a 2.0 Gavel rating.

Gawain, nephew of King Arthur, has, as yet, no story to relate to the Round Table. His carousing background may go a long way to explain that. On Christmas, The Green Knight Interrupts the merriment and challenges any of the knights to a dual with a rematch in one year. Only Gawain steps forward. Slaying the interloper, Gawain is the toast of the town. Now, one year later, he must find out if the headless horseman is indeed still alive. Supernatural tests await.

Dev Patel‘s (Hotel Mumbai) performance is similar to that of Nicholas Cage in Pig. Both appear top-notch, except the darkness never allows the viewer to fully appreciate their skill. Alicia Vikander (Tomb Raider) plays both a commoner and a noblewoman. I would like to say that her parts helped define the film, but cannot. Likewise, Joel Edgerton (Red Sparrow) has a bit part as the noblewoman’s husband. Describe him as too little, too late.

Shouldn’t The Green Knight be sword fights and horsemanship and lances and perhaps, a dragon or two? Maybe the Game of Thrones folks could liven this one up. Here, we get a woman with her head attached looking for her head, and a bunch of tall dudes in the mist at the top a a big hill. The director likes ambiguity. I like clarity.

“With David Lowery behind the camera, this is your freshman English class on mushrooms. It’s not a bad trip.” AARP Movies for Grownups (Note: I agree with the former, disagree with the latter.)

“It’s an incoherent mood piece, a jumble of themes and ideas that never coagulates into anything of substance…In other words, it’s the perfect vessel for film critics to laud as ‘high art.'” Movie Show Plus

Think twice before you put down big bucks to watch this “high art.” The hype doesn’t match the result.