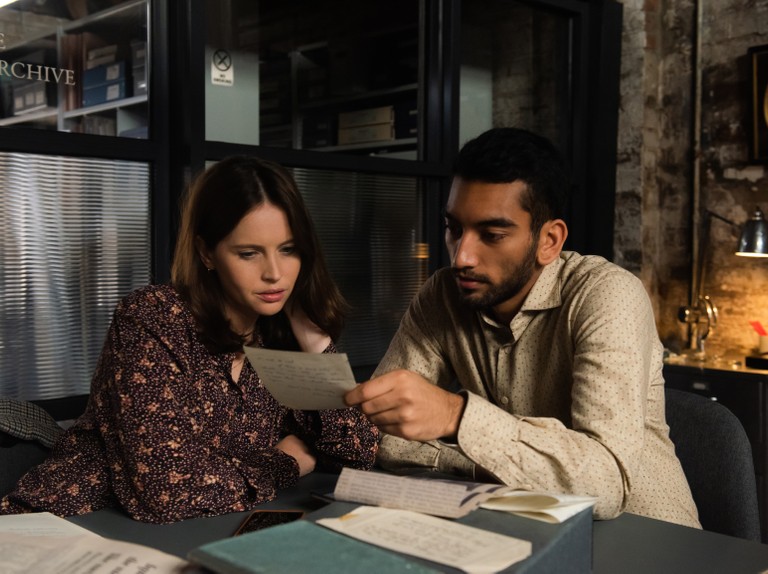 When the big reveals turn out to be so easily predicted, The Last Letter From Your Lover becomes just another Netflix disappointment. Matching two A-list actresses opposite lesser talented actors doesn’t help. But, the big problem is that the viewer is certain he’s seen it all before. Someone finds old love letters and feels the overwhelming urge to butt into someone else’s private life. And, usually it’s because they have no life of their own. In this case, it would help if Jennifer and Anthony had the sort of interesting lives that we might care to ride along. Yet, even the Riviera can’t help these star-crossed lovers.

The Last Letter jumps back and forth from 1965 to today. As the story opens, Lawrence Sterling intercepts a letter intended for his wife, Jennifer. Just released from the hospital, she has a scar from a recent car crash. Her memory of prior events is spotty, but she reels under the insults and slights of her husband. Only some letters from Anthony O’Hare, found hidden, begin the process of restoring her recollections. Regrets rule the day. Amidst the sumptuous life of the wealthy and connected Stirlings, The Last Letter does its best work intertwining songs that fit the mood. Nancy Sinatra and Marianne Faithfull are just a couple of the entertainers.

For the less well-read among us, including me, Jennifer refers to her lover as Boot. That is a reference to the 1938 novel by Evelyn Waugh entitled Scoop. As I read the summary of the book, it doesn’t sound that complimentary, but Anthony readily accepts it. Presumably because he knows he’s above his pay grade. Whatever the case, the torrid love letters they exchange far exceed the tepid affair we see onscreen. I give The Last Letter 3.5 Gavels and it receives a 55% Rotten Tomatoes rating with a 6.8/10 IMDb score.

Ellie Haworth, journalist for the London Chronicle, gets the assignment to write about the longest-serving woman’s editor who just passed. In her possessions, Ellie finds a letter from J. to B. Hints of an illicit affair cause Ellie to head to the archives to find more letters. Bureaucratic archivist Rory is soon bent to the will of Ellie, and others are found. Could J. and B. still be alive? A post office box is the only lead.

Shailene Woodley (Adrift), a Californian by birth, never looks comfortable in 1965 London. As pictured below, is it because they made Jennifer wear a dress on a sailing boat? Similarly, Felicity Jones (The Aeronauts, Midnight Sky) never gets a chance to show off her sparking personality. Is it because she spends so much time in the basement archives? Joe Alwyn (Harriet) should be a strong candidate for the stiffest performance of the year as Lawrence Sterling.

The nickname Boot is introduced at the same time as the Nancy Sinatra/Lee Hazlewood song Summer Wine. I thought the director missed out by not using the Sinatra classic “These Boots Are Made For Walkin’.” The “romance” between J. and Boot was clearly made for walkin’. Besides, people in The Last Letter were a messin’, a lyin’, a samin’, and a playin’. How in the world did they miss that?

“The impression is of a film unwilling to carve out its own identity or subvert any expectations, because it’s operating under the assumption that its target audience will be satisfied by well-worn conventions.” AV Club

“The love stories are still not that interesting and the actors have little chemistry. RogerEbert.com

The critic from North Shore Movies suggests that The Last Letter should be “sent to the dead letter office.” Sadly, a delay of delivery for fifty-plus years is what got us into this mess in the first place. This one’s just okay.