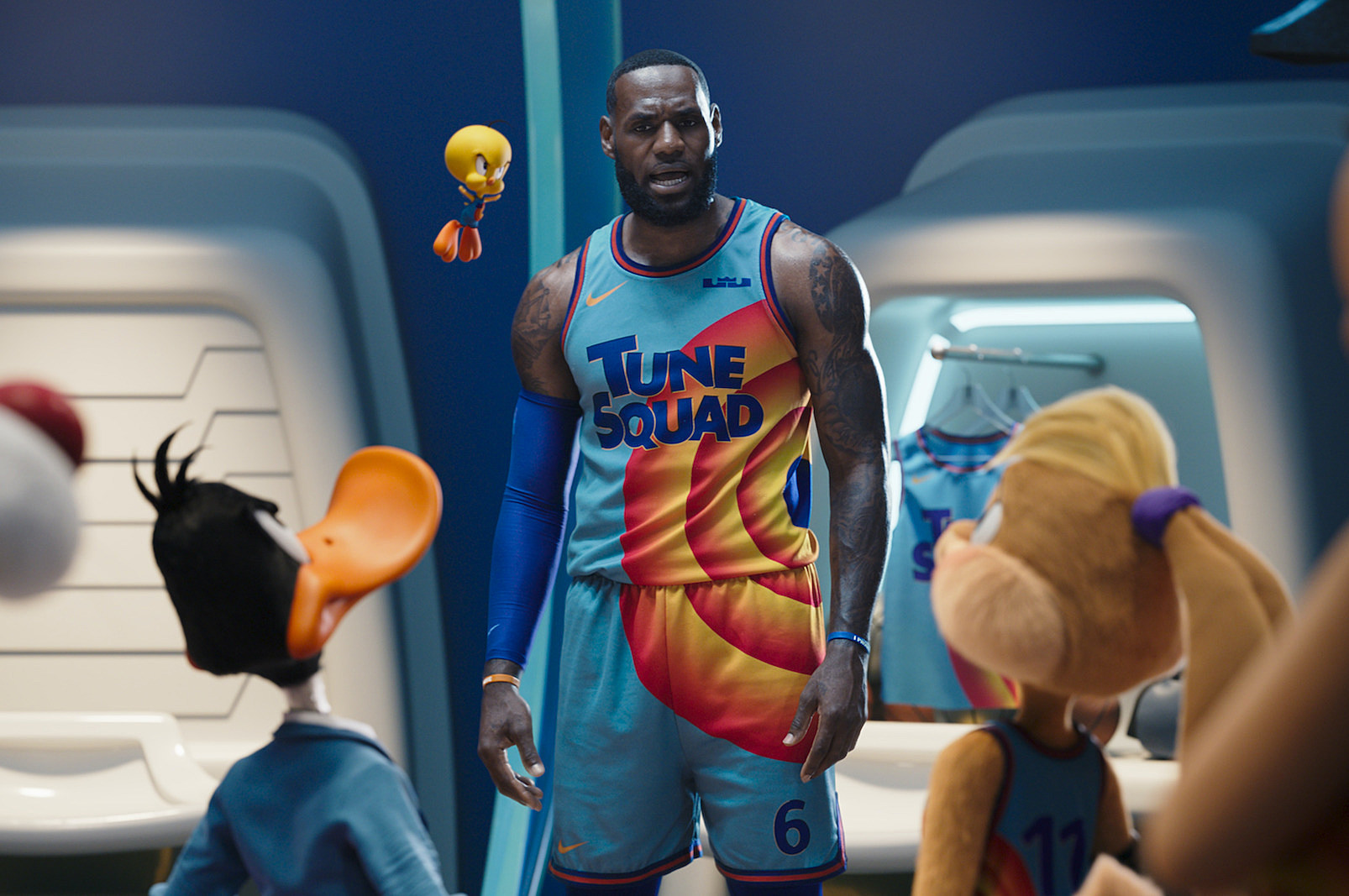 Amazingly colorful, lacking much of a story, Space Jam: A New Legacy does settle the GOAT argument once and for all. No, not the greatest basketball player, but as an actor, it’s Michael Jordan six, LeBron James four. Admittedly, it’s been twenty-five years since Space Jam. The critics shot the original down at 44% Rotten Tomatoes and its IMDB only 6.5/10. Space Jam: A New Legacy is little more than a two hour commercial for LeBron and Looney Tunes. Early on, LeBron warns the audience that when an athlete tries to be an actor, it never ends well. He was so prescient, then ignores his own advice. I promise never to complain about Vin Diesel‘s acting skill ever again. (Note: I had my fingers crossed as I typed that.)

And, another thing . . . Don’t be messing with the purity of basketball! Understanding that the Looney Tunes gang is in a video game, you still don’t get 30 plus extra points for “style points.” Realistically, no one behind 1039-37 at halftime is still in the game. Someone needs to go back to E3 Game Design Camp and start over. Space Jam made $250 million on an $80 million budget. That pales in comparison to the $6 billion it made in merchandising. Get ready to buy your kids the LeBron 19 footwear and more Happy Meals than you can tolerate. The game plan for Space Jam: A New Legacy is for parents to go the “full looney” on their kids. Back to the movie, I award it 2.5 Gavels and it receives a 38% Rotten Tomatoes rating with a very poor 3.6/10 IMDb score. Quite frankly, I found it boring.

LeBron wants his kid to fulfill his basketball potential. Dom, on the other hand, wants to design video games. Warner Bros. proposes a film starring LeBron created by Al G. Rhythm. Dissed by The King, Al takes his revenge by sucking LeBron and Dom into the Warner 3000 Server-Verse. Next, he steals Dom’s code and challenges LeBron to a game of Goons vs. Tunes. If LeBron wins, he gets his son back; if he loses, he remains forever in the Server-Verse and the Tunes get erased. Will Bugs be able to persuade Lola and Company to return to the Court one more time?

Don Cheadle (The Falcon and The Winter Soldier) does his utmost to salvage the film as Al G. Rhythm. More Cheadle and less LeBron would be a good place to start. Lil Rel Howery (Fatherhood) provides a little comedy relief as a game announcer, but too little. In case you missed it, the most controversial character is Lola Bunny voiced by Zendaya (Spider-Man: Far From Home). See How Lola Bunny Broke The Internet.

Instead of coming up with something new, Space Jam: A New Legacy trots out references to Nike, TNT, The Matrix, Star Trek, DC Universe, Harry Potter and more. Made on a budget of $150 million, the writers mine few original ideas. After Fast and Furious 9, the “family” premise needs a rest, a long rest.

“In the pantheon of misguided sequels and reboots, A New Legacy is right up there with Paul Blart: Mall Cop 2 and Little Fockers.” New York Post

“To whom this is meant to appeal is anyone’s guess, except presumably the studio’s marketing department.” Hollywood Reporter

Really, it was difficult to choose which critic “slam” to use. For those of a certain age, you do get to see Michael Jordan, sort of. Don’t get your expectations too high or you will get “posterized.”