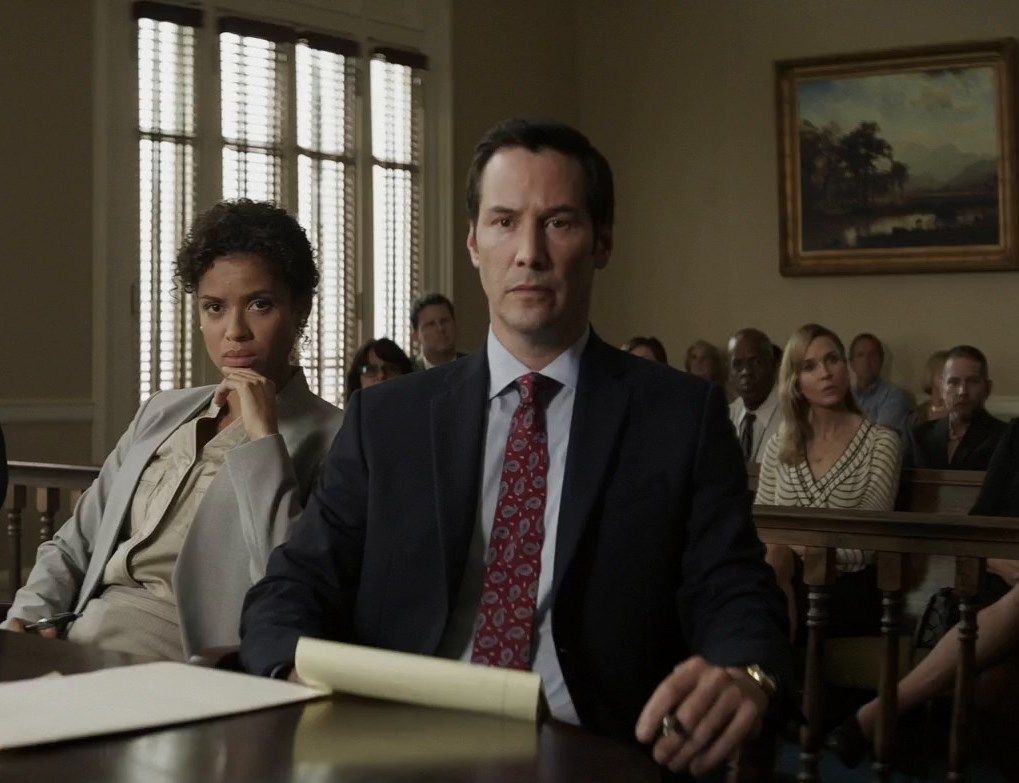 Why did Daniel Craig bail out of The Whole Truth at the last minute? He finally read the script. He knew this turkey was destined to make only $1.8 million on a $7.9 million budget. The whole truth is that The Whole Truth is not very good. Nearly the whole film is based in the courtroom and it generates little drama. The defense attorney tells his protege that every witness lies and then, voila, every witness lies. The protege sits at defense table for two reasons. Firstly, she is “window dressing.” Secondly, she has a B.S. detector. If so, why didn’t she catch the biggest lie of all? Better yet, why did she allow herself to get roped into this fiasco?

Available on Netflix, two things about The Whole Truth will catch your eye. How does a film with Keanu Reeves, Renee Zellweger, Gugu Mbatha-Raw, and Jim Belushi garner a 32% Rotten Tomatoes rating? Moreover, with those stars, how did I miss this one back in October 2016? Either it got a limited release or was on and off the theater circuit in a week or two. The whole premise of The Whole Truth is that the defendant will not talk to his attorney. By the end, we know that even the premise is a lie of sorts. Rather that give us true courtroom drama, the writer just tries a slick trick. Overall, it’s just an unsatisfying experience. I give the film 2.5 Gavels and it receives a 6.2/10 IMDb score.

The cops arrive to find Mike kneeling next to the body of his father (Boone), a large knife protruding from the latter’s chest. Mike mumbles that “I should’ve done this years ago.” Together with Mike’s palmprint on the knife, the police charge him with first degree murder. Boone mentored Richard Ramsey as a young lawyer so Ramsey knows the family well. Ramsey also knows Boone to be a bully of the highest caliber. So, why won’t Mike talk to him? Without the assistance of his client, Ramsey begins the trial intending to use “defense of others.” He used it once before. It didn’t work.

As Mike’s mother, Loretta, Renee Zellweger (shown below) is barely recognizable. I kept waiting for the real Renee Zellweger (Judy) to appear onscreen. After John Wick, no one buys Keanu Reeves in the role of Richard Ramsey. The real Keanu Reeves would jump up on the defense table, punch out the prosecutor, shoot the judge and bailiff, and escape to NYC with the defendant. There would be no trial. Finally, Gugu Mbatha-Raw (Beauty and the Beast), as Janelle, is supposed to be the conscience of the movie. This young lawyer can’t figure out if Richard represents Mike or Loretta. Apparently, her B.S. detector is defective.

“At some point every defense attorney has to decide if he wants the truth, or act in the best interests of his client.” Such is the supposed quandary of Richard Ramsey. Does he want justice or an acquittal? But, just as Janelle suspects Mike is covering for his mother, she gets cast aside. Why delve into complicated ethics issues when it’s easier to try to slip a fast one by the viewer?

“A total disaster that’s been hanging around the editing room gathering dust for more than a year, you can’t call it deadly because that would imply it’s still alive. This one is already dead on arrival.” Observer

Like Jim Belushi’s character, The Whole Truth stabs you in the heart. At least Boone died in less than an minute. The audience must suffer through ninety minutes of this one.