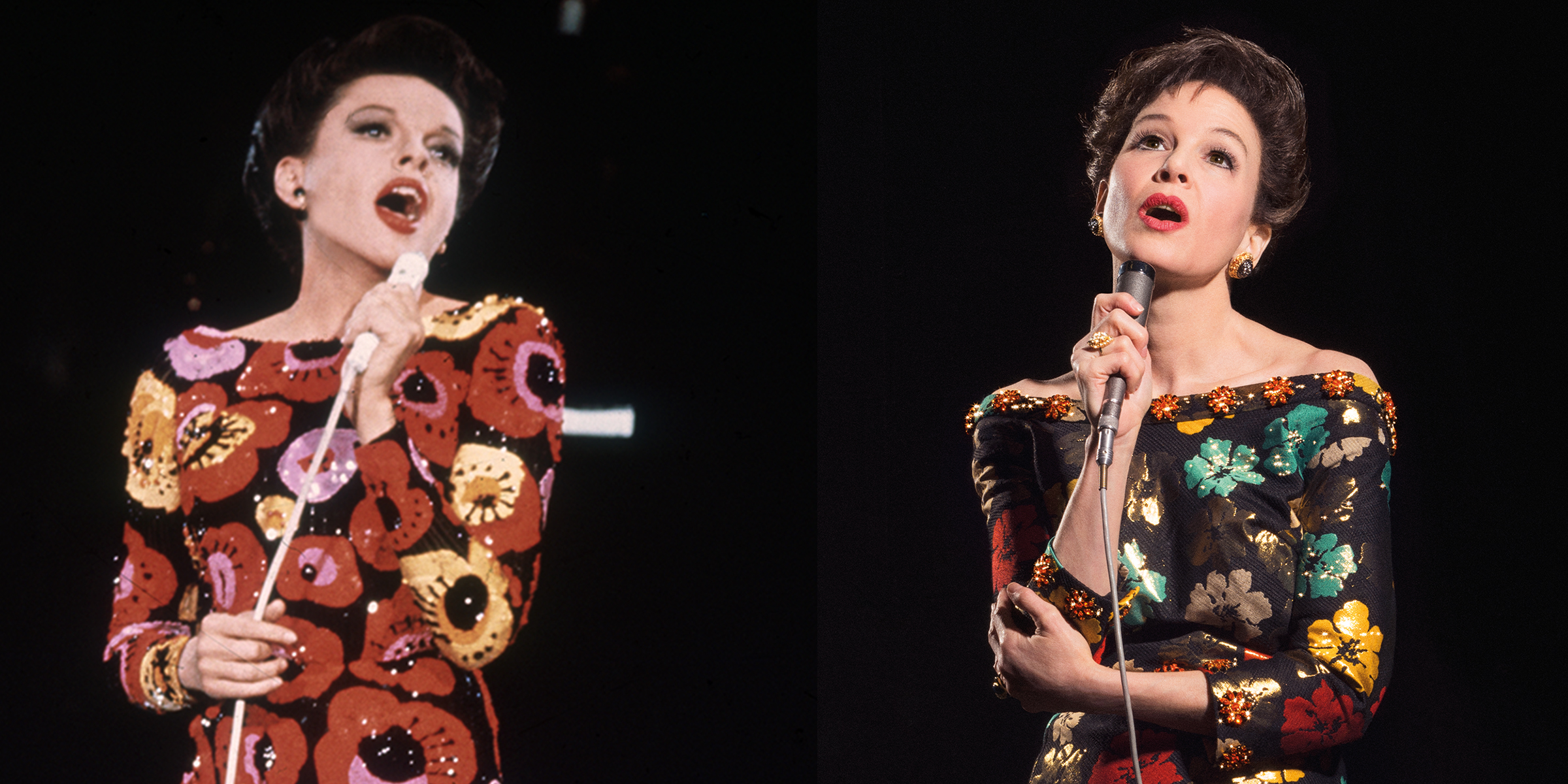 “Unreliable and uninsurable” describes the last part of Judy Garland’s life. Yet, when she finds an audience, the lights turn on and Judy dazzles. Bullied by Louis B. Mayer, not allowed to have a childhood, the movie seeks to explain her idiosyncrasies. Like many of the great artists, she died too young as a result of drugs, alcohol, and cigarettes. Besides drugs, what did she take for depression? ”Four husbands” she says, “it didn’t work.” Renee Zellweger does work as Ms. Garland, giving an Oscar-worthy portrayal. If the movie wasn’t like watching a train wreck, my 3.5 Gavels would be higher. Judy receives an 85% Rotten Tomatoes rating and an 89% Audience score.

Heavily in debt, Judy struggles to maintain work and a residence for her two children. Offered a good paying gig in London, she doesn’t want “to leave her kids so she can be with her kids.” Refusing a rehearsal, early shows get top-notch reviews. Unable to sleep, how long will it be until she lives down to her reputation?

Renee Zellweger inhabits the body of Judy Garland. The facial tics, the pauses, the mannerisms are so familiar. Never does her performance waiver. Jessie Buckley, so good in Wild Rose, is again a favorite as the assistant designated to get Judy onstage, no easy task. And, who doesn’t love Michael Gambon, here as the dinner theater owner.

Do the younger folks know who she is? Seventy-nine percent of the audience is 35 and older. History vs Hollywood would likely rate the movie mostly true. Interestingly, it seems Mayer was even worse than portrayed. In reading critics reviews, you find phrases like “tragic decline,” “heart-breaking,” and “bruised soul.” All are accurate and they will keep this from being a mega-hit. Is that why Liza Minnelli refused to approve the film? Why not focus on her fantastic career rather than the sad ending? Whatever the case, you learn a little about Judy and a lot about Renee. Not great, but not bad, either.