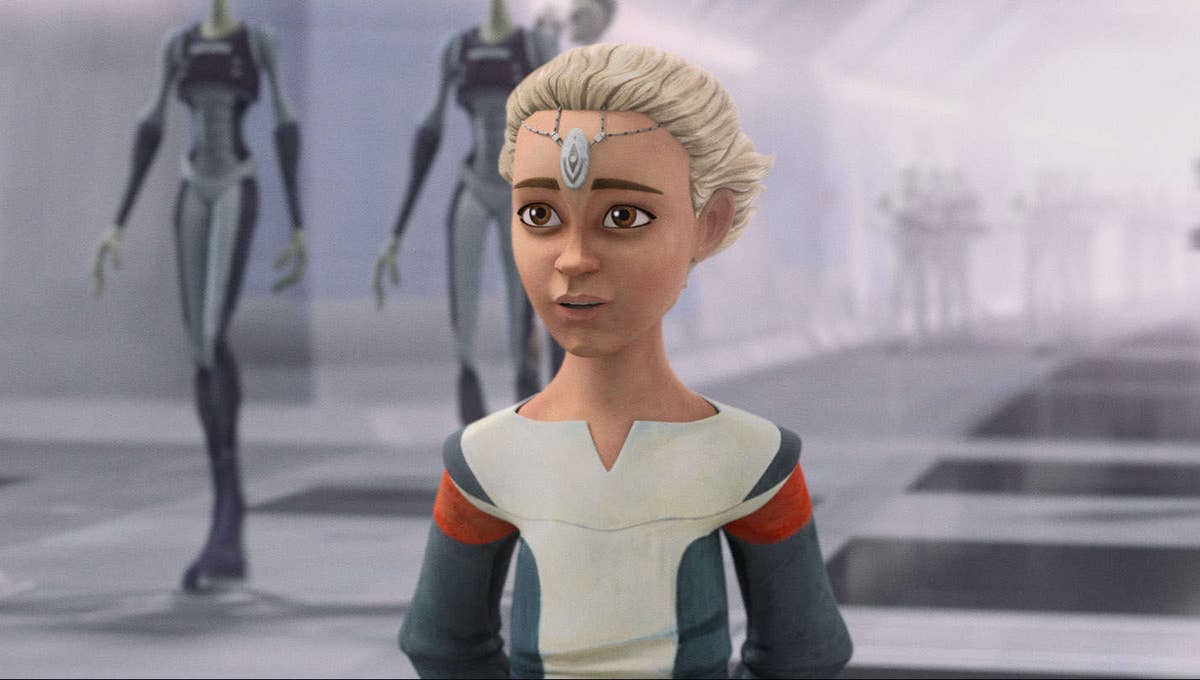 Once you get used to the animation, Star Wars: The Bad Batch is literally out of this world. As a sequel to and spin-off from Star Wars: The Clone Wars, it’s not necessary to watch those seven “seasons,” although a quick review of the synopsis gives background. The Clone War seems won as the Jedi-backed Republic has the Separatists on the run. A counterattack by General Grievous pins down Jedi Master Depa Billaba and Padawan Caleb Dume. Clone Force 99 arrives just in time to rescue the overwhelmed Republic fighters. On the brink of victory, “execute Order 66” is given and the Republic regulars must use lethal force against all Jedi. Billaba dies, but with the help of Hunter, Dume escapes. The Galactic Empire convinced most that the Jedi acted contrary to the interest of the people and steps into the vacuum.

Why didn’t The Bad Batch respond like the others? Clone Force 99 are “medically defective clones whose cellular mutations enhanced traits desirable in a soldier.” Those defects help them overcome the inhibitor chip designed to modify behavior in clones. Hunter, Wrecker, Tech, Crosshair, and Echo normally will follow orders without question, but they (except Crosshair) struggle to understand the hunt for the last Jedi. Why does Admiral Tarkin hate clones? On a mission ostensibly to kill battle droids, why did Tarkin send them to Onderon to kill women and children? Something seems amiss. While she might not be as quite as cute as Baby Yoda in The Mandalorian, Omega may prove just as important. I give the first two episodes of The Bad Batch 4.0 Gavels and it receives a 93% Rotten Tomatoes rating with an excellent 9.0/10 IMDb score.

The Kaminoans produce quality clones. Clone Force 99 experimented with five subjects. If Echo is not a true member, and young female Omega is really number five, what is her purpose? Clearly, she is no longer safe on Kamino, not with Admiral Tarkin and the Galactic Empire now in charge. The Clone War may be over, but the Civil War now starts. But, battle-hardened clones about to enter a fight is no place for a small girl. Can Clone Force 99 care for Omega. “Raising kids is tougher than fighting droids.” Now that Crosshairs works for the Galactic Empire, are any of them safe?

Andy Serkis couldn’t win an Oscar playing Caesar in War for the Planet of the Apes. Maybe Dee Bradley Baker will have better luck as he voices all of Clone Force 99 plus a couple of others. I guess that’s what you call a MVV–Most Valuable Voice. Of course, 37 year-old Michelle Ang voices Omega because no young girls are available. Of note, Archie Penjabi (The Good Wife) voices the short-lived Depa, and Freddie Prinze Jr. (Scooby-Doo) does the same for Caleb.

Notwithstanding the animation, the story quickly absorbs you back into the Star Wars world. For Mandalorian addicts, The Bad Batch is a quick fix. Reportedly, Disney+ gives us 14 more episodes of clone-adrenaline. Crossover Fennac Shand (Ming-Na Wen) is to make an appearance. Apparently, the viewer can never get too much Star Wars and its amazing new worlds.

“STREAM IT. Star Wars: The Bad Batch should satisfy Clone Wars fans and give completist fans of the franchise a chance to see what happened at the very beginning of the Empire.” Decider

“These renegades with a penchant for turning Order 66 upside down are known as Clone Force 99. They are Expendable X-Men, an interstellar A-Team, and they are about to get into a series of scrapes on our behalf.” The Guardian

Forget about Jupiter’s Legacy and sample The Bad Batch instead. Disney over Netflix in a landslide!