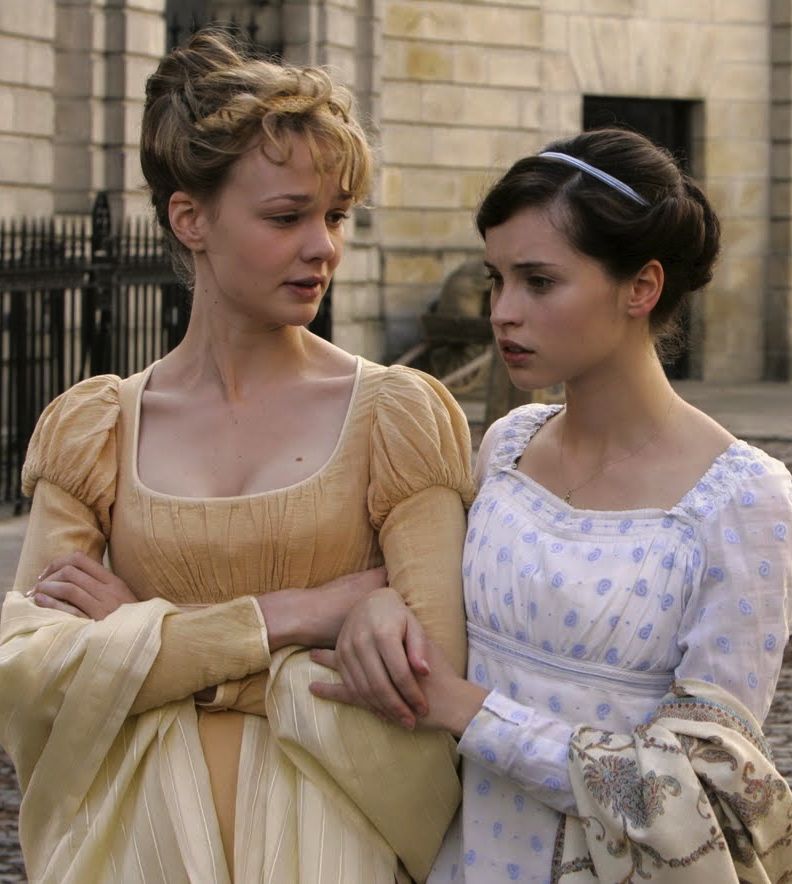 If you are not normally a fan of Jane Austen, Northanger Abbey may surprise you. Written over 200 years ago, the satire of Gothic novels is quite funny. Of course, it helps when the 2007 version stars a young Felicity Jones and an even younger Carey Mulligan. Still, without a good story, the best of actors can’t do much. Northanger Abbey has a jolly good time spoofing everything about the era. Why, if you don’t have anything to wear, “shops must be visited, money must be spent.” See, not so different than today!

In this playful poke at the societal norms of the times, Catherine Morland is an avid reader. New, best friend, Isabella Thorpe, encourages her to expand her horizons into the scandalous Udolfo and even the more shocking The Monk. But, does reading too many Gothic novels lead to a “fevered imagination?” Young girls are just dainty things, you know. They must be protected, at all costs, especially where a dowry and inheritance might be in the picture. Northanger Abbey contains all the usual trimmings, class issues, manipulative suitors, and unobtainable love. At only 93 minutes, this film available on Amazon is well worth your time. I give it 4.0 Gavels and it receives a 79% Audience score on Rotten Tomatoes as well as a 7.2/10 IMDb score.

Born in a family of ten, young Catherine “preferred cricket and baseball to dolls and books.” By age 15, her thoughts trend to fantasies gleaned from her novels. Now a young woman, her aunt and uncle offer to introduce her into society at Bath. After all, she knows no one and you “mustn’t speak until introduced.” Immediately, she runs into the mischievous clergyman, Henry Tilney, second son of General Tilney of Northanger Abbey. Isabella Thorpe warns her that the family has a bad reputation. An invitation to Northanger Abbey exposes lots of secrets.

Active in television since 1996, this 2007 foray is Felicity Jones‘ first movie. Now, she is everywhere, e.g., The Aeronauts, The Midnight Sky, and On The Basis of Sex. She perfectly portrays the naivete of a young girl, easily fooled by Isabella and John Thorpe. Carey Mulligan (The Dig, Promising Young Woman) is only two years into the business when she stars as Isabella Thorpe. One publication ranks John Thorpe as number four on the list of Jane Austin’s all-time scoundrels. Isabella shouldn’t be far behind.

“The worst crimes are the crimes of the heart,” Henry tells Catherine. Catherine wonders if she can be “pure in heart,” when she has terrible, read that salacious, dreams.

“Money and love are, of course, at constant odds in Northanger Abbey.” SFGate

“As Catherine, a fresh-faced Felicity Jones is able to perfectly capture her naïveté and adventurous spirit. Catherine has no guile and basically allows her mouth to run away with her thoughts. It’s quite amusing and refreshing to watch her stammer around awkward confessions.” The Silver Petticoat Review

This one is a nice change-of-pace.