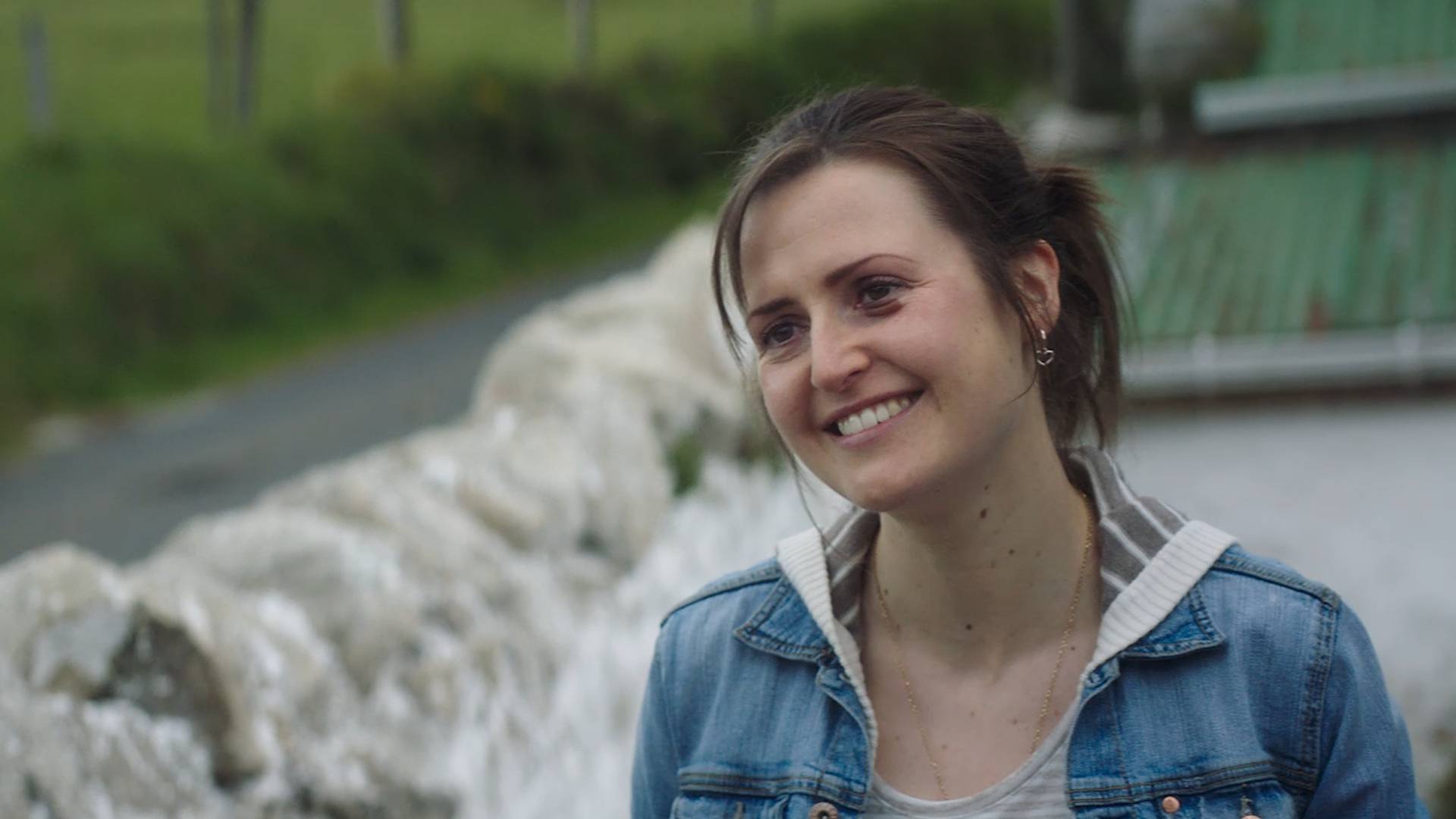 Unfairly, Pieces of a Woman gets the hype, but Herself is a much better film. Both involve women in terrible circumstances they must overcome. Herself gives you a straight-forward, convincing story, from start to finish. You will recoil in horror as you watch Sandra beaten by her husband, then flinch again as she recalls it in repeated flashbacks. But, you will cheer when she tells the Judge to “ask better questions.” It is not “why didn’t you leave sooner?” “It is why didn’t he stop?” Such is the worthwhile roller coaster ride entitled Herself.

Smarter than the bureaucrats, Sandra tries to convince them that it is cheaper to loan her 35,000 Euros to build a tiny house for her and her two daughters than it is to pay 33,000 Euros per year for welfare and to house them in a hotel. All to no avail. Caught in the web of lack of available housing, Sandra and the children can’t move on. Yet, with meitheal, Sandra gets her “village” to help raise her children. What is meitheal? It’s an old Irish term how people come together to help each other. I give Herself 4.0 Gavels and it receives a 93% Rotten Tomatoes rating with a bewilderingly low 6.6/10 IMDb score.

On a three year long list for housing, Sandra sees an internet blog about a self-built, small, affordable house. One tiny problem is that she knows nothing about construction, not to mention permits. Forced from her house by domestic violence, she has other hurdles, like no money and no land. Her employer agrees to give her a small piece of land and loan her the funds. With nerve damage to her hand and two young children, where will she find labor, skilled or unskilled? Her ex wants her back and is willing to use the children as pawns. Nothing will come easy for Sandra.

In her first major leading role, Clare Dunn is magnificent as Sandra. Notably, she is also one of the co-writers of the movie. As the kindly doctor, Peggy gives Sandra the love and assistance she needs to fight back. Played by Harriet Walter, she’s a much different character than the mean, conniving Lady Margaret Beaufort in The Spanish Princess. Seen in Dublin Murders and Official Secrets, Conleth Hill (Aido) can’t resist a damsel in distress.

In a final scene, the abusive husband’s mother tells Sandra, “I knew, but I didn’t want to believe.” How often have the abused heard that? When Sandra gives a fleeting thought to reconciliation, Peggy reminds her that “no matter how much you want to fix it, some people you just can’t.”

The AV Club notes “thanks to Dunne’s quietly powerful performance as a single mother barely treading water, the end result is an effective, affecting look at community triumphing over fear.” The Times (UK) writes “if there is a lot of ‘happy coincidence’ driving the plot, Dunne gets away with it by constructing this tale of female resilience and community from the ground up, through well-observed moments between mother and daughters.” Do not miss the daughters! They live through the abuse. The cannot un-see what they have seen. Thankfully, we cannot un-see a mother fighting for her children with a little help from kindly neighbors.